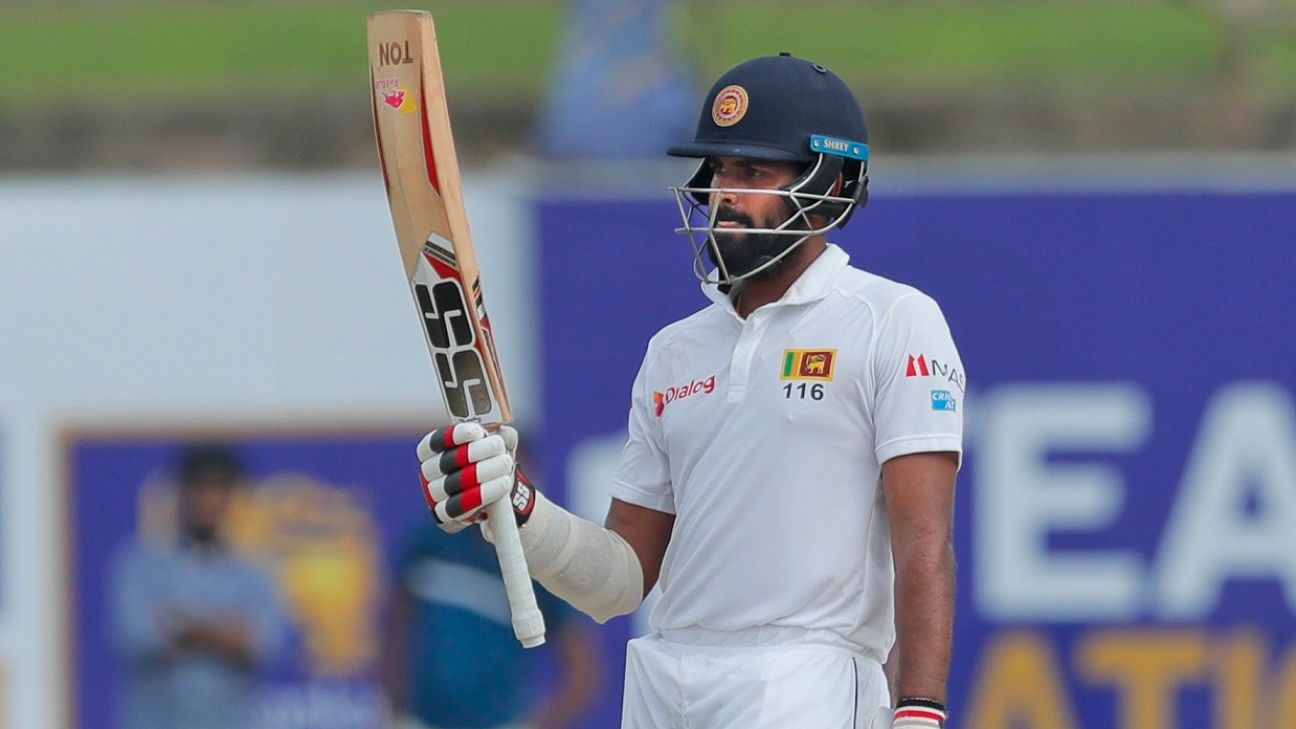 
Although Sri Lanka only have 135 runs to get, with all ten second-innings wickets still in hand, acting coach Rumesh Ratnayake is adamant the Test could still slip away from his team. History would suggest Ratnayake is right to be wary. Only on four previous occasions has a target greater than the 268 the hosts are chasing in Galle been successfully run down in Sri Lanka.

The venue they are playing at is known to be especially difficult in the final innings as well. The highest successful chase at Galle is 99. Wickets have been known to tumble in heaps.

“Even though we are 133 for no loss, it was hard work, and for the batsman who would go in next it’s going to be extremely hard,” Ratnayake said after stumps on day four. “As a batsman, anyone going in fresh would be vulnerable in the first ten minutes. But anybody who’s spent 20 to 30 balls is aware of the way the ball is bouncing and the spin of the wicket. Tomorrow is a fifth day, so it might be a different day entirely. And this 268 is huge. We may look pretty today, at 133 for no loss, but it’s another day tomorrow.

“But the boys are really determined. We are not going to be scared to fail. We are fearlessly going forward, trying to take smart options.”

If Sri Lanka win, it will be the third consecutive testing fourth-innings chase that they would have succeeded in. During Tests in South Africa, Sri Lanka were set targets of 304 and 197 and won both matches.

“We haven’t won this yet. Yes, in South Africa we did well in those two matches. But there’s belief as well, from having won those games. I think that will help us tomorrow as well. But it’s not an easy wicket.”

Ratnayake’s talk of the pitch being especially difficult for new batsmen is in line with what everyone – from both Sri Lanka and New Zealand camps – have been saying so far. In all three completed innings, wickets have been lost quickly, but even tailenders have found ways to survive once they’ve last the initial few overs. New Zealand, for example, went from 124 for 6 to a total of 285 in their second innings.

“As a coach of the bowling team, I would be disappointed in some of the ways in which we bowled – some of the lengths we bowled,” Ratnayake said. “Having said that, it was hard work. The reason being, when you’re set there, you score. Everybody, whether it was a tailender or whoever it may be, scored runs when set. That pattern continued today. New Zealand’s lower order did extremely well, with Tim Southee, Trent Boult, BJ Watling and Will Somerville.”