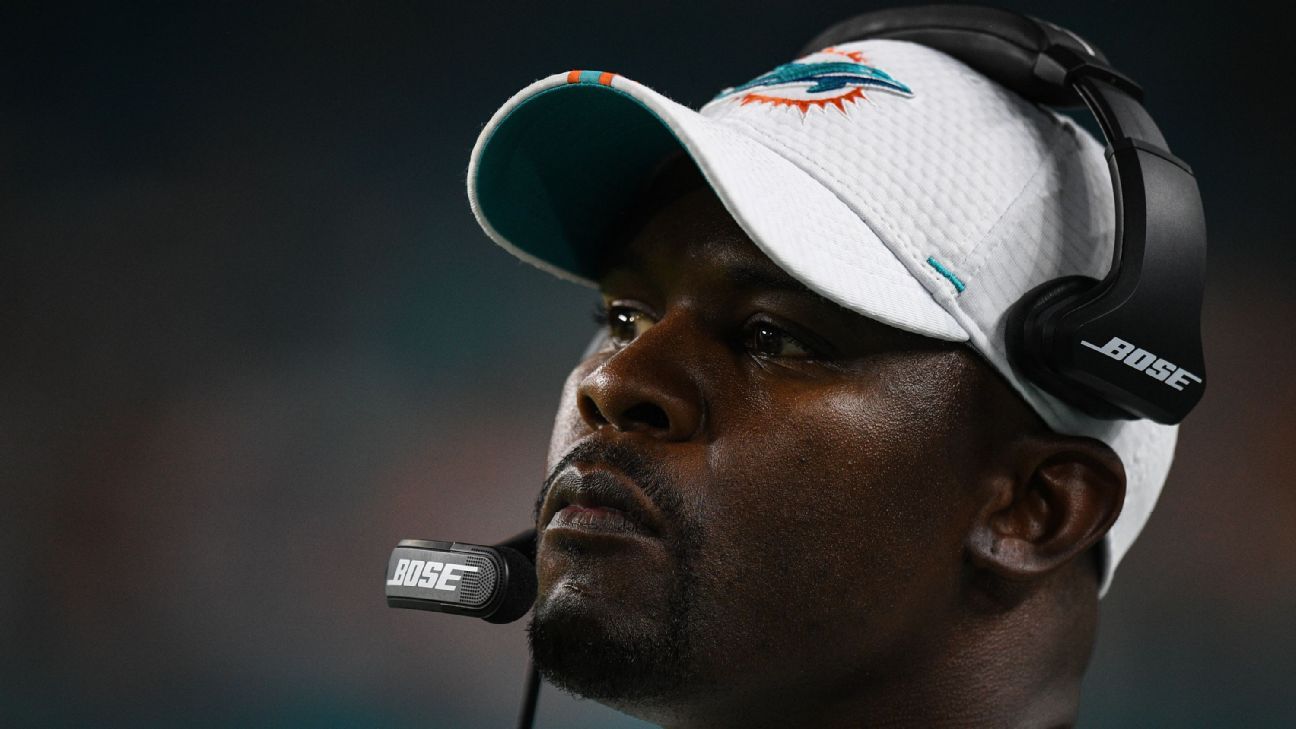 As word of the stunt percolated throughout social media and the internet, many speculated on Flores’ motives for seemingly trolling one of his veteran players. Thursday, after the Dolphins’ 22-7 preseason win over the Jaguars, Flores was emotional in explaining his reasons behind the action. He said the criticism about whether he supports what Stills stands for is without merit.

“It was a challenge to Kenny to perform regardless of whatever is going on outside,” Flores said of playing the Jay-Z songs. “I would say, and I said this to him, he hasn’t performed up to that level over the course of training camp, or as I’ve seen. So that was the challenge — to get open, catch the football and make plays for this team, regardless of what’s going on outside of this building.”

The move seemed puzzling at the time because it caused another distraction for a Dolphins team that has been littered with non-football storylines this month. It was a Flores-induced distraction done very visibly in front of the media in response to something he was worried might be a distraction for one of his players.

Flores’ decision to play the Jay-Z songs at practice — clearly an overnight decision, given the freshness of Stills’ comments about Jay-Z — might be perceived as a former Patriot assistant-turned-head coach playing Jedi mind games with one of his key players.

But Flores said he has put his words behind now. He made it clear that he feels, as the Dolphins coach, he can motivate his players however he chooses. He made the challenge to Stills in front of the team after the Jay-Z playlist was done. Then, after being surprised by the media attention this story received, Flores said he got up in front of the team the next day to tell them that he supported Stills and the player protest.

“We talked about it in-house and he handled it in-house,” Stills said. “For the most part, I think it was him seeing if I could handle if people were going to heckle me or play Jay-Z in another stadium if I could be mentally strong enough to handle that sort of treatment. I’ve been dealing with this since 2016 — music, boos, racial slurs. So I don’t think a little Jay-Z music is going to ruffle my feathers that bad.”

Since 2016, Stills has been at the frontline of the NFL player protest movement. Every game, including Thursday night, Stills has taken a knee during the anthem to bring awareness to police brutality, social injustice and systemic oppression.

Flores seemed surprised that his support for Stills’ cause would be questioned. He took a breath and explained why he relates to Stills’, Colin Kaepernick’s and Eric Reid’s protests so much.

“Quite honestly, they’re bringing attention to my story,” said Flores, a native of Brooklyn (Brownsville), New York. “I’m a son of immigrants. I’m black. I grew up poor. I grew up in New York during the stop-and-frisk era. So I’ve been stopped because I fit a description before. So everything that these guys protest, I’ve lived it, I’ve experienced it. So I applaud those guys’ protest. So whether it’s Kaepernick, or Eric Reid or Kenny, I applaud those guys. I told Kenny that in our meeting in front of the entire team.

“I don’t know how many people have, but I lived it. So I understand why guys protest. And it’s important. And you know what else is important to me? There’s 89 guys in that locker room who are counting on Kenny to get open, catch the football and perform for this team. That’s important to me. And if anybody’s got a problem with that, then we’ve just got a problem. We’re going to agree to disagree. I feel like that’s important and that’s where I stand on this thing.”

The Dolphins obviously want to move on from this moment and get back to football. Still said that he doesn’t believe it is a big deal.

“It’s just music,” said Stills, adding that he doesn’t want this to be any more of a distraction than it already is.

The rest of the Dolphins’ locker room seems to be taking it in stride, even ribbing Stills about it.

On Monday, Stills criticized Jay-Z for how he went about forming a social justice partnership with the NFL, particularly his remark that “we’ve moved past kneeling, and I think it’s time to go into actionable items.”

“He’s not a NFL player. He’s never been on a knee,” Stills said earlier this week. “Choosing to speak for the people like he had spoken to the people. … I wonder how many common people that he knows or has spoken to. I wonder if he’s read my Facebook comments or my Instagram comments or some of the things people say to me. To say we’re moving past something, it didn’t seem very informed.”