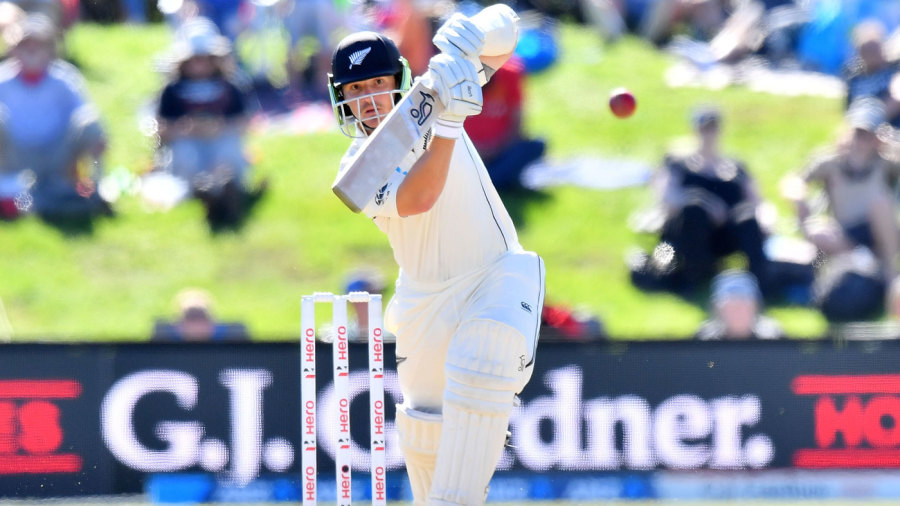 Before Marnus Labuschagne came to wider attention in the Ashes series, he set an unlikely event in motion: a Glamorgan promotion challenge. Few would have predicted that a year ago after they finished bottom of the heap in Division Two.

Those of fiercely patriotic bent were not exactly happy to see county cricket providing Labuschagne with a grounding in English cricket ahead of the Ashes. They would have moaned all the more if only they could have pronounced his name.

But it certainly worked for Glamorgan. By the time Labuschagne-or-however-you-pronounce-it had left, he had 1114 Championship runs at 65.53. Life has been tougher since then: Glamorgan have lost three of their last four, only finding relief with a win against the bottom club, Leicestershire.

But their 16-point deficit is not insurmountable, especially as the sides in second and third, Gloucestershire and Northants, are meeting at Bristol. The easiest route to promotion for Glamorgan is for Gloucestershire to lose against Northants while they pick up more bonus points than Gloucestershire in beating Durham at Riverside.

And yes, thank you, everyone knows it might rain. A survey once suggested that on average the English waste 10 months of their lives complaining about the weather – presumably nobody dared to ask the Welsh. That’s 17 minutes a day which is obviously preposterous as the English don’t spend half that long making polite conversation, but it serves as a reminder that the forecast is best ignored.

It’s going to lash down all day Tuesday apparently.

Glamorgan restricted Durham to 197 for 6 in 71 overs on the opening day but they might have been hoping for better. They ran up against BJ Watling, the New Zealand batsman who was brought in for the last two games of the season because Durham envisaged a promotion challenge that immediately ran aground when they lost at Northampton last week.

Finding himself 12,000 miles from home for no good reason, Watling occupied himself as best he could, which in his case meant an unbeaten 83 on a pitch that was shifted at the last minute because rain had got under the covers.

It was repositioned well over to the Lumley Castle side of the ground, so much so that the ghosts said to haunt it might have complained to the council about the noise. Reputedly, the pitches on that side can do a bit, but considering it is September 23 in the north of England, this one behaved itself well enough.

It is Watling’s first stint in county cricket and, although circumstance had dictated that Durham would have been better keeping the money in the bank, he looked a shrewd acquisition.

He played strongly through the off side, particularly against Marchant de Lange, who whether by accident or design he pretty much resisted single-handedly. De Lange can look a daunting sight, the 90 emblazoned on his broad back acting as a reminder of his potential speed, but Watling’s seventh Test century, against Sri Lanka at the P Sara Stadium last month, was a reminder that, at 34, nothing fazes him.

What, one wonders, does Michael Hogan make off the possibility that he might be in Division One next season? He is 38 now – a strip of the lad compared to 43-year-old Darren Stevens who has finished the season so spectacularly with Kent – and retains a strong, high action and an accuracy that keeps batsmen honest.

Hogan took four of the wickets to fall. Three came to lbw decisions: Cameron Steel falling to an inswinger in his second over, Alex Lees’ 45 coming to grief because of a mystifying leave-alone and Ned Eckersley beaten by one that seamed back. Solomon Bell, an 18-year-old on debut, also found him a bit hard to handle, contriving to play outside a back-of-a-length ball that struck his off stump.

Durham have made progress in four-day cricket this season and they will anticipate more of the same next season after announcing that they have re-signed Australian international Cameron Bancroft in all three formats for the 2020 season.

Grand Slam champion Boris Becker does not rule out a return to coaching
PGA Tour – Event in Columbus to replace John Deere
DeSean Jackson — If no fans at NFL games, players should be miked up
Cody Stamann, mourning death of brother, to still fight at UFC 250
Oregon State TE Rocco Carley dismissed for racist language in audio recording