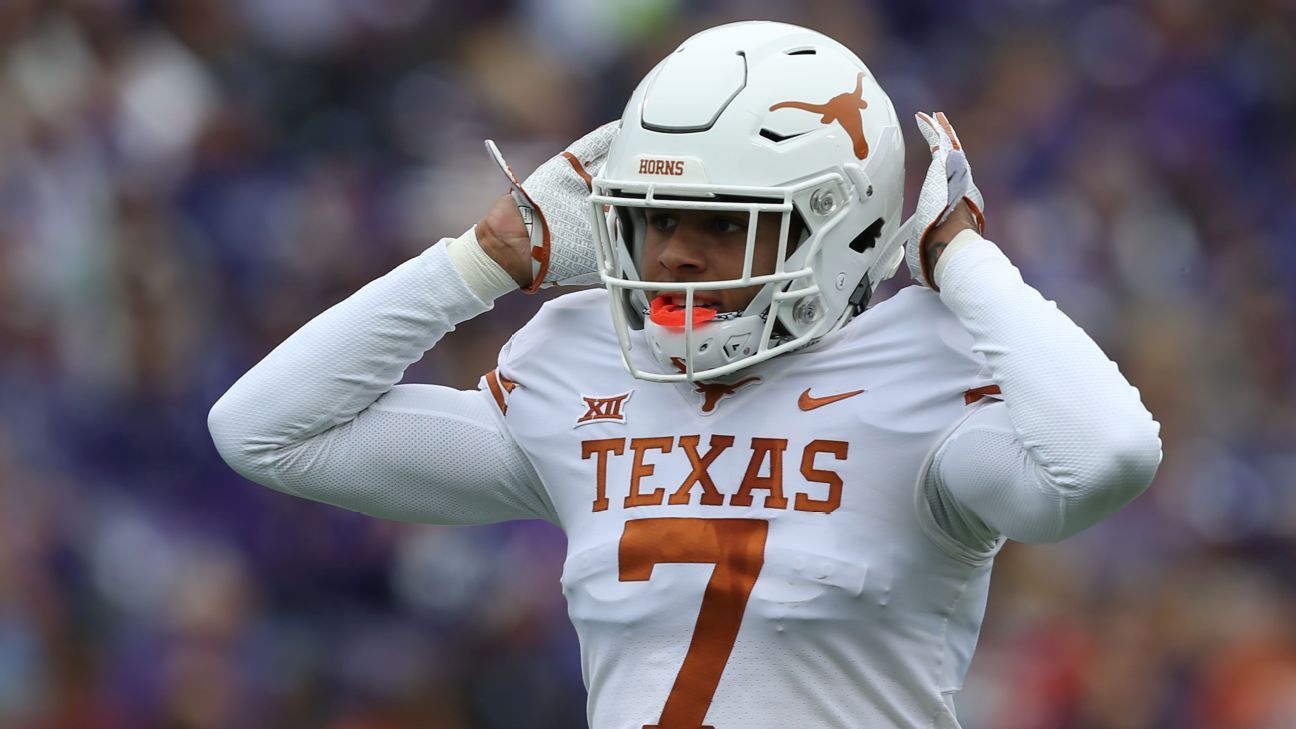 
Texas will be without several key defensive backs for the next month or longer, coach Tom Herman said Monday.

Safety Caden Sterns, a first-team All-Big 12 selection and the league’s defensive freshman of the year in 2018, will miss four weeks with a sprained knee. Sterns leads Texas with 29 tackles.

Cornerback Jalen Green, also listed as a starter on last week’s depth chart, is out at least four weeks with a dislocated shoulder. Reserve linebacker Marcus Tillman Jr. will miss the rest of the season with a sprained knee.

Texas is off this week, and Herman hopes defensive backs B.J. Foster (hamstring) and DeMarvion Overshown (back) will return Oct. 5 against the West Virginia Mountaineers.