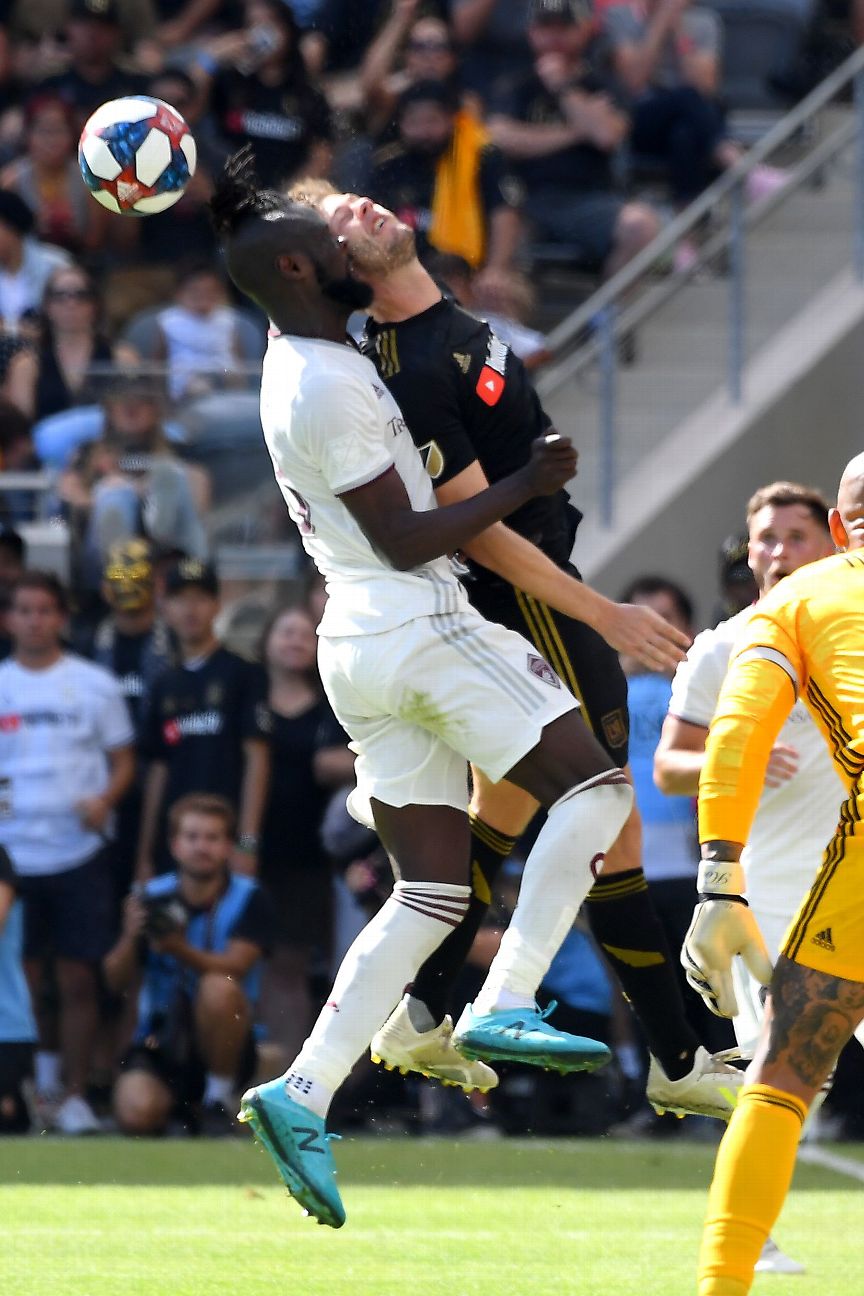 
LAFC defender Walker Zimmerman will miss the United States’ Nations League games against Cuba and Canada after getting sustaining a head injury.

Zimmerman left LAFC’s 3-1 win in its regular-season finale against the Colorado Rapids in the 66th minute on Sunday after colliding with Kei Kamara as the two leapt for a ball in the air.

He was replaced in the U.S. squad on Monday by Atlanta defender Miles Robinson, who was originally scheduled to spend this week with the U.S. Under-23 team.

Zimmerman is still being evaluated and his status for LAFC’s first MLS Cup playoff game in the Western Conference semifinals on Oct. 24 is unknown at this time.

The injury marred an otherwise outstanding day for the Supporters’ Shield winners, with the win giving them the most points in a Major League Soccer regular season and Carlos Vela scoring a hat trick to Stream MLS games LIVE on ESPN+
– MLS Cup playoffs 2019: All you need to know

” target=”_blank”>break the single-season record for goals.

The U.S. was awaiting word on forward Jozy Altidore, who left Toronto’s match in the 70th minute Sunday and was being evaluated.

They host Canada on Nov. 15 in Orlando, Florida, in the next round of Nations League games and play Cuba four days after at George Town, Cayman Islands.