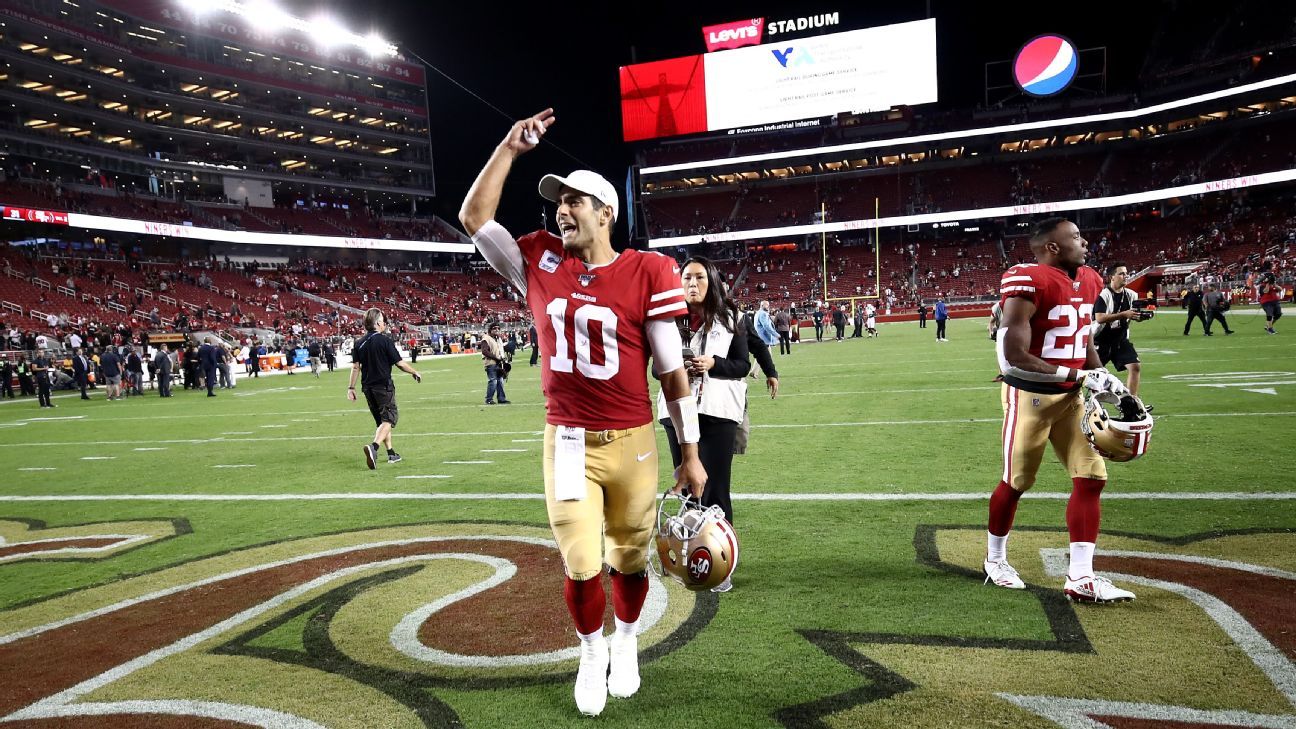 
SANTA CLARA, Calif. — The San Francisco 49ers had a long wait to get back to 4-0. A wait that lasted exactly 29 years to the day.

But, for the first time since 1990, the Niners closed the first quarter of the season with an unblemished record by throttling the Cleveland Browns 31-3 on Monday night at Levi’s Stadium. With the victory, the Niners join the New England Patriots as the NFL’s last remaining undefeated teams and stand as the only team with a perfect record in the NFC through the season’s first five weeks.

The wait for victory No. 4 was made even longer by playing on Monday Night Football coming off a Week 4 bye. It also came with a little bit of cosmic intervention. The 1990 49ers also started 4-0, had a bye in Week 4 and won their fourth game on Oct. 7.

For the Niners, the 4-0 start is the third for the franchise in the Super Bowl era, and if history is any indication, this could be a special season. The 49ers have advanced to at least the NFC Championship Game in the previous two instances.

The victory was also the 49ers’ record-extending 49th all-time on Monday Night Football, the most of any franchise in the league. It also ended an ugly streak in which the 49ers had gone winless in their past seven games coming out of a bye week.

To get there, the 49ers relied on a dominant defensive performance led by rookie defensive end Nick Bosa and the rest of the line, as well as a running game that has steamrollered opponents in the Niners’ past three games.

Bosa spent most of the evening in the Browns’ backfield harassing quarterback Baker Mayfield to the tune of four tackles, two sacks, a forced fumble, a fumble recovery, five quarterback hits and one giant flag planting. The Niners limited the Browns to 180 yards, 3.9 yards per play and the three points.

Meanwhile, the Niners’ running game took off almost immediately with running back Matt Breida‘s 83-yard touchdown run on their first play from scrimmage and never looked back. On the play, Breida burst through the left side untouched and raced 83 yards for a touchdown and a quick 7-0 lead.

San Francisco finished with 275 rushing yards and an average of 6.9 yards per carry on 40 attempts.

San Francisco figures to get its toughest test yet Sunday when it travels to Los Angeles to play the two-time defending NFC West champion Rams.