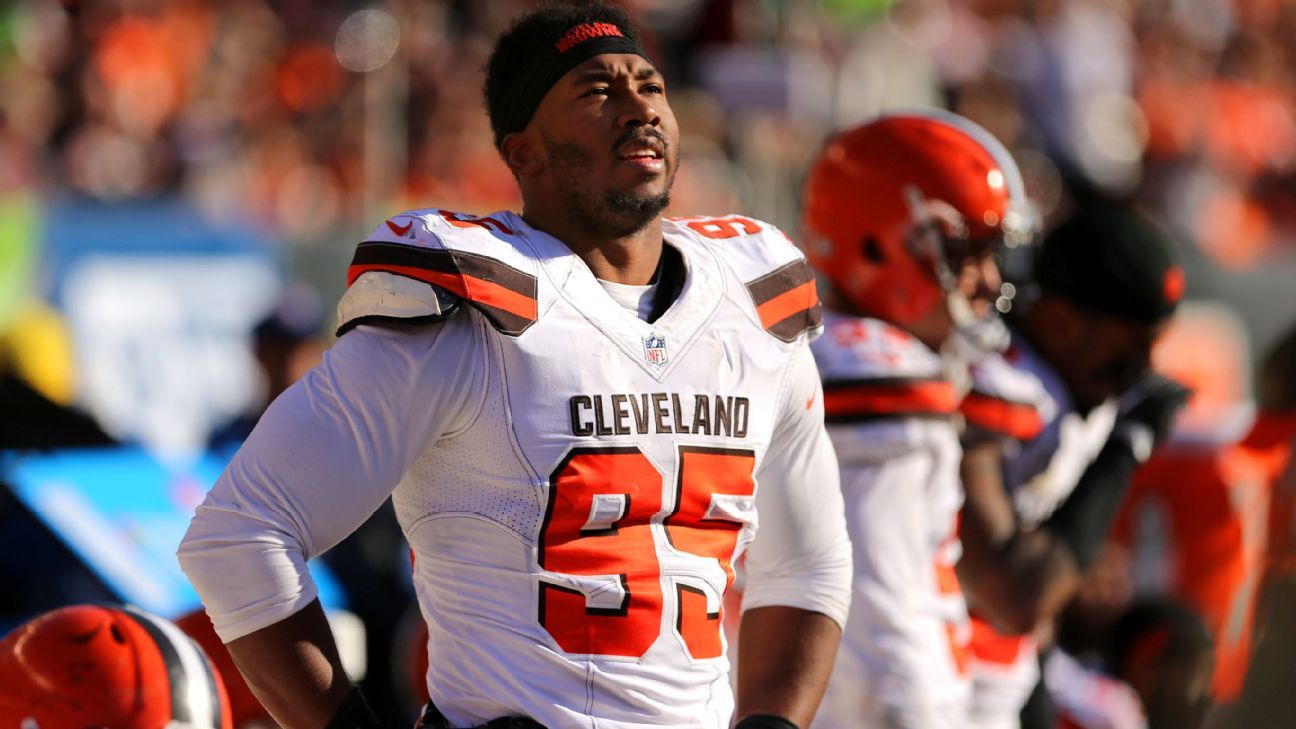 
Cleveland Browns defensive end Myles Garrett said Wednesday on Twitter that he was “punched” in the face by a fan.

Garrett wrote that he was driving when a fan flagged him down to take a picture and then “gave me a pillow tap” [in the face].

A “fan” hopped out his car to take a picture with me and then punched me in my face. Hm, put your legs into it might have actually made me flinch. 👍🏾

Was in my car, flagged me down for a picture and I cracked the window enough for the camera to get my face. Took the pic and gave me a pillow tap

Garrett is tied for the NFL lead with nine sacks.

The Browns next play Oct. 27 at the New England Patriots.