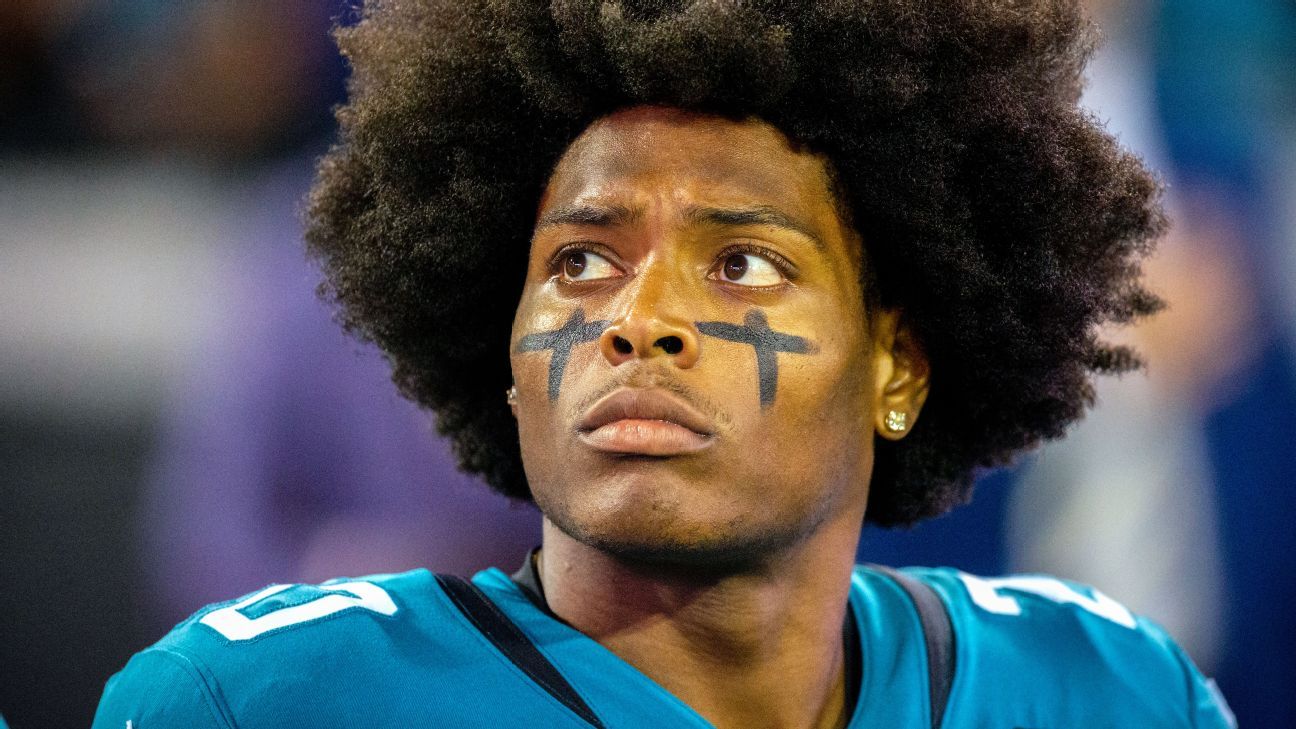 
JACKSONVILLE, Fla. — Jalen Ramsey got what he wanted, and so did the Jacksonville Jaguars.

As a result, the disgruntled cornerback is headed to the Los Angeles Rams.

The Jaguars on Tuesday sent Ramsey to the West Coast for first-round draft picks in 2020 and 2021 and a fourth-rounder in 2021, the teams announced. Ramsey joins two former Jaguars on the Rams in defensive end Dante Fowler and quarterback Blake Bortles — all three were taken with top-five draft picks from 2014 to 2016.

The move fills major holes in the secondary for a Rams team that is coming off an NFC title but has lost three straight games to fall to .500 on the season. The Rams expect Ramsey to pass a physical and to be available to play Sunday against the Falcons in Atlanta.

The Ramsey trade comes less than a week after Jaguars owner Shad Khan had what he described as a “heart-to-heart” meeting with the cornerback and two weeks after Khan told The Associated Press he didn’t want to deal the two-time Pro Bowler.

The Rams’ offer apparently was enough to change his mind.

Ramsey asked to be traded after Jaguars vice president of football operations Tom Coughlin scolded him for his actions during the team’s Week 2 loss at Houston. Ramsey got into a sideline shouting match with Doug Marrone after the Jaguars coach refused Ramsey’s request to challenge a completion to DeAndre Hopkins.

Ramsey played against Tennessee the following Thursday but did not practice on the ensuing Monday because of an illness. He also missed that Wednesday’s practice with a back injury. Marrone said he didn’t know when Ramsey suffered the injury, but three hours later the team released a statement saying Ramsey actually did report back soreness to the team’s medical staff during the fourth quarter of the game against the Titans.

Later that day, the team announced that Ramsey would return to Nashville, Tennessee, for the impending birth of his second child.

Ramsey was inactive for the past three games because of the back injury, which snapped a streak of 51 consecutive starts that dated to when the Jaguars selected him fifth overall in 2016. He has nine interceptions and 45 pass breakups in his three-plus seasons.

Ramsey turns 25 on Oct. 24. Per Elias Sports Bureau, he becomes just the second non-special teams player to make first-team All-Pro (2017) and then play for a different team before turning 25. Jerome Bettis was traded from the Rams to the Steelers at age 24.

Ramsey is in the fourth season of his five-year rookie deal; he is set to make $13.7 million in 2020. He arrived at training camp in July in an armored bank truck, undoubtedly a not-so-subtle indication he was in search of a raise.

A source told ESPN’s Adam Schefter that the Rams and Ramsey do not have any type of new deal in place and that the cornerback is not in a rush to get one done.

The Rams have lost three straight games, allowing the second-highest Total QBR during that span (81.6, behind only the 82.0 of the Falcons).

From 2016 to 2018, he recorded the fourth-most pass breakups in the league. And according to NFL Next Gen Stats, he has the fourth-lowest completion percentage allowed as the nearest defender since his rookie year in 2016 (minimum 200 targets).

But the move comes at a cost for Los Angeles.

The Rams haven’t had a first-round pick since selecting quarterback Jared Goff first overall in 2016. They don’t own another first-rounder until 2022.

Information from ESPN’s Lindsey Thiry and David Purdum was used in this report.