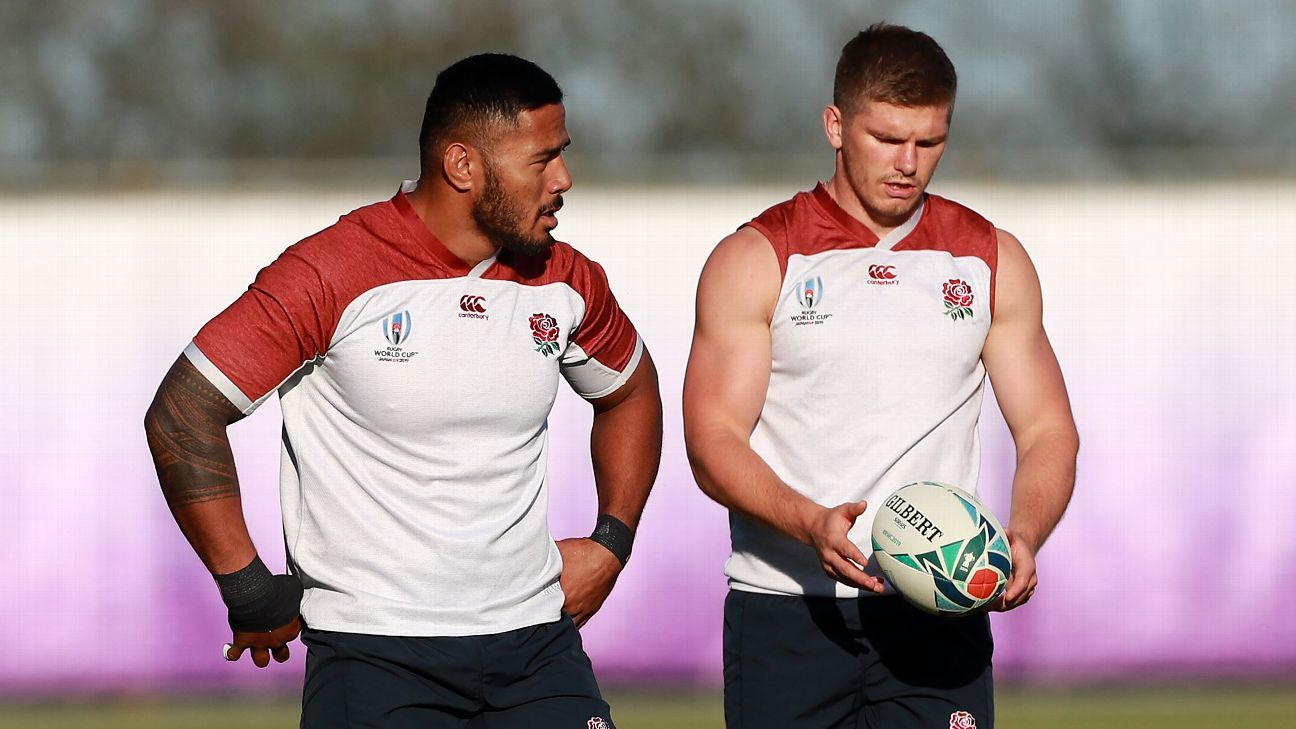 
BEPPU, Japan — England coach Eddie Jones has gone for all out power in making three changes for his side’s Rugby World Cup quarterfinal against Australia in Oita.

Jones has made two changes to the pack and moved skipper Owen Farrell and Manu Tuilagi one spot closer in, paving the way for the return of Henry Slade at outside centre. That decision means George Ford drops to the bench after starting each of England’s three pool games.

It is a move that seemingly shores up England’s midfield defence with Australia expected to announce a fledgling centre pairing of Samu Kerevi and Jordan Petaia later on Thursday.

Up front, Mako Vunipola has been named to make his first start of the tournament at loosehead prop ahead of Joe Marler, while Courtney Lawes has been preferred over George Kruis at lock.

Jonny May will play his 50th Test on Saturday.