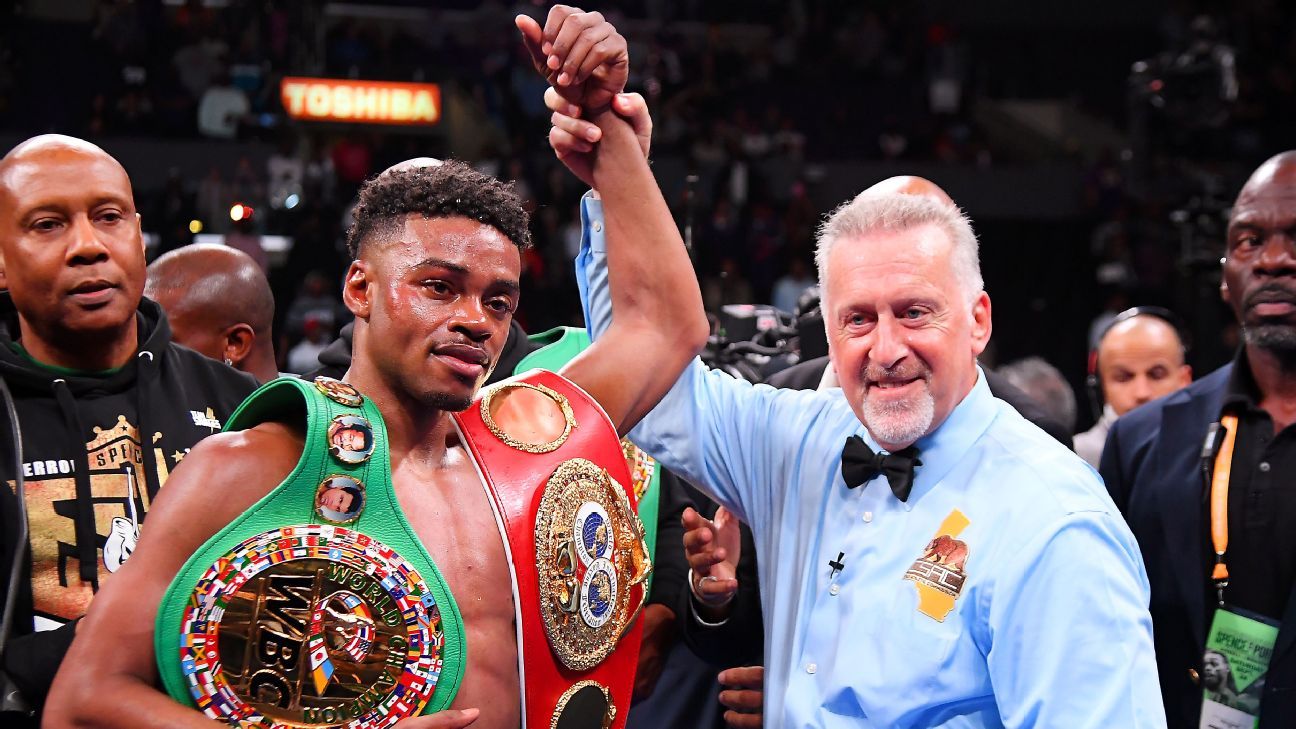 
Unified welterweight world titleholder Errol Spence Jr. was intoxicated when he crashed his Ferrari at a high rate of speed in a one-car accident last Thursday, according to Dallas police.

Spence, who was originally in intensive care but now is out of the hospital, has been charged with driving while intoxicated, a class B misdemeanor, a Dallas police spokesman said Wednesday evening. The Athletic first reported the DWI charge against Spence.

Spence, of the Dallas suburb DeSoto, was not wearing a seatbelt and was thrown from the car, which eventually flipped over several times at around 3 a.m. CT. The car veered left over the center median into the southbound lanes before flipping and ejecting Spence.

“Mr. Spence has been released from the hospital and will need to address those charges,” the Dallas police spokesman said. “As for getting a speed of the vehicle, we will not be getting one. It was a single-car accident with no other criminal charges. Therefore, no reason to get a warrant to pull the [black box] of the vehicle.”

Spence did not suffer any broken bones or fractures but did suffer facial lacerations and broken teeth.

Spence (26-0, 21 KOs), 29, was just 2½ weeks removed from scoring the biggest victory of his career on Sept. 28, when he won a split decision against Shawn Porter to unify two 147-pound world titles in a pay-per-view headliner at Staples Center in Los Angeles in an action-packed contender for fight of the year.

It is not clear how long Spence will be sidelined following the accident or what punishment he might face if convicted of the DWI charge.

Initial plans following the victory over Porter called for Spence to return in the main event of another Premier Boxing Champions main event on Fox pay-per-view Jan. 23 against former welterweight and junior welterweight world titleholder Danny Garcia, but those plans now appear to be in limbo.