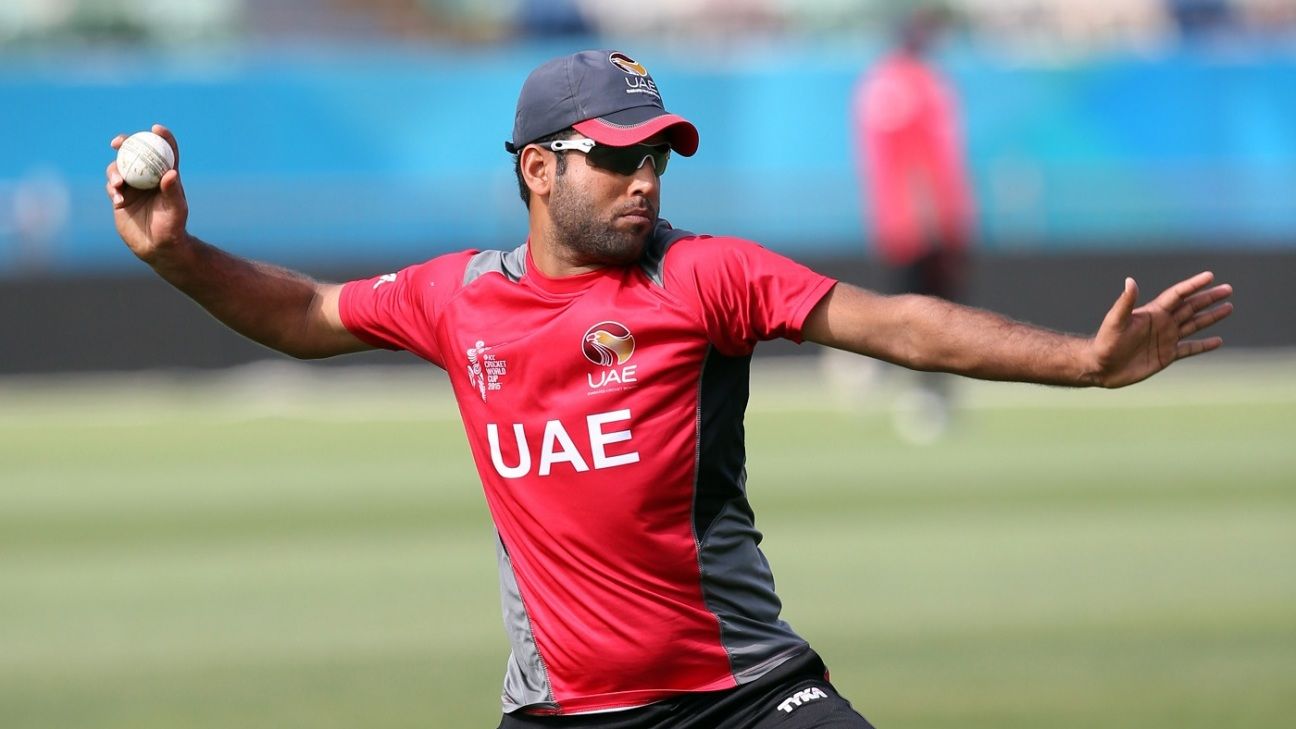 
Mohammad Naveed, the UAE fast bowler and captain facing ICC corruption charges, says he made a “mistake” in not reporting an approach made to him.

According to a report in the National, Naveed was approached by a person claiming to be a representative from a T10 franchise but once the 32-year old realised the person he was meeting was a “fixer” he ended the conversation.

Naveed, however, faces more than just a failure to report charge. On Wednesday, the ICC charged him and senior batsman Shaiman Anwar with “contriving, or being party to an agreement or effort to fix or contrive or otherwise influence improperly, the result, progress, conduct or any other aspect of matches in the upcoming ICC World T20 Qualifiers 2019.” ESPNcricinfo understands that both players, allegedly, stood to gain up to US$272,000 (approx.) if they were successful in their attempts.

A third UAE player has also been charged in the ICC’s investigation. Qadeer Ahmed is in trouble for “failing to disclose to the ACU full details of any approaches or invitations received to engage in conduct that would amount to Corrupt Conduct under the Code” in relation to the Zimbabwe v UAE series in April 2019 and the Netherlands v UAE series in August 2019. The 33-year-old has played only 11 ODIs and ten T20Is for UAE but Naveed has been one of the team’s pillars.

“I’m only scared of my God, not anybody else,” Naveed said. “I speak very truly. My passion is cricket, I love cricket, my life is cricket.

“I am a successful cricketer – not only in Associate cricket, but in all the world.

“Look at my ranking, look at my economy rate. My focus is only on cricket, not on being a bad boy.”