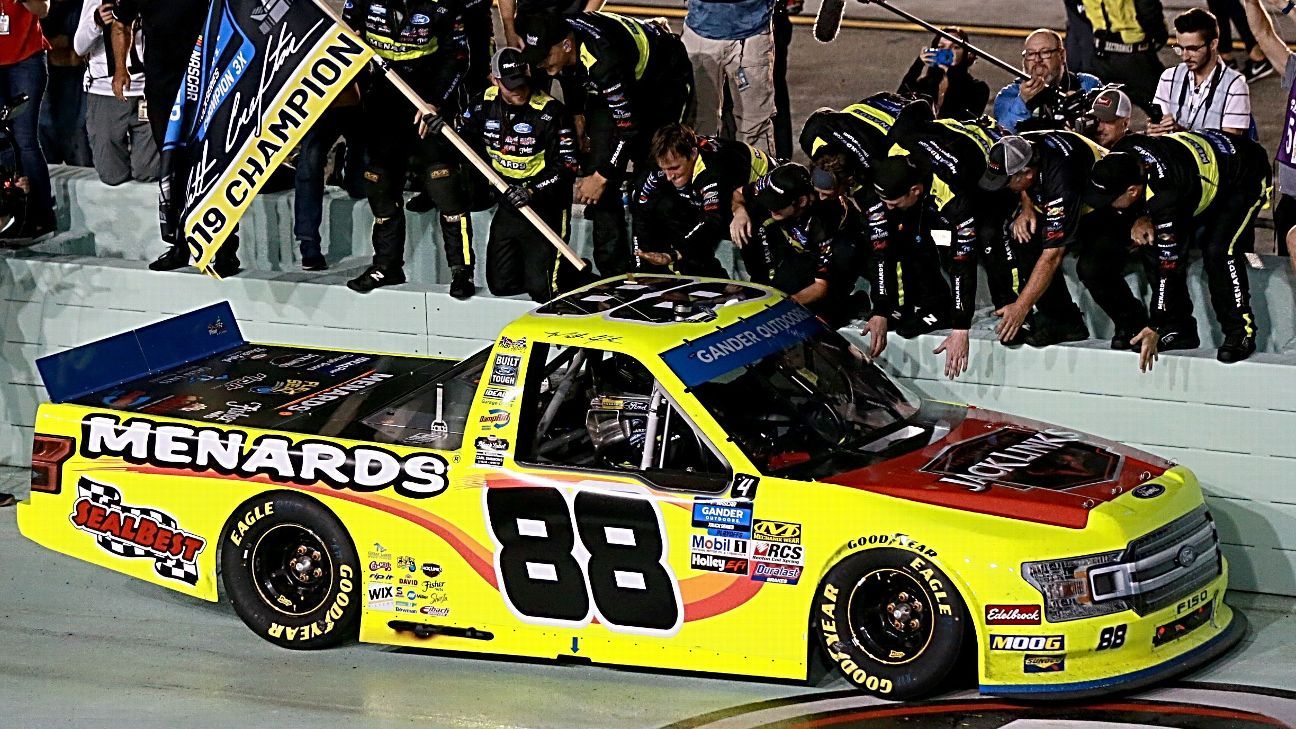 Crafton finished second in Friday night’s Truck Series finale at Homestead-Miami Speedway — good enough for his third series title in the winner-take-all format. The champion needed only to finish highest of the foursome of Crafton, reigning series champion Brett Moffitt, Stewart Friesen and Ross Chastain to win the title.

Crafton’s winless streak dates 58 races, to 2017 at Eldora, but the 43-year-old did not need the victory to claim the title. Chastain finished fourth, Moffitt fifth and Friesen 11th.

“I finally got out of the wheelchair and got up on the wheel and got it done,” said Crafton, who trails only Hall of Famer Ron Hornaday Jr. (four) in series titles.

“It’s one step closer to what Hornaday has done and they called us the underdog.”

Crafton, in a Ford from ThorSport Racing, was the underdog even though he was the most experienced driver in the championship field.

The last driver to win a title without winning a race was Austin Dillon in the Xfinity Series in 2013, before the current elimination-style format.

Austin Hill won the race driving for Hattori Racing Enterprises, the team Moffitt won the title with last season. Hill was eliminated from the playoffs in the last round.

“This is probably the best truck that I’ve had. I know we were really good at Vegas, but man, this thing was good,” Hill said. “At Vegas we were on a different tire strategy than other guys, but we weren’t this time and we just showed then how good we actually were. I’m excited for the win, but at the same time it stings a little bit because I know if we would have been a little better in the Round of 6, we could be celebrating a win and a championship.”

Crafton won consecutive titles in 2013 and 2014 under a different points format. He has three total victories in his three championship seasons, and all three of his championships are with ThorSport.

Joe Nemechek set the national series record with his 1,186th start. The previous mark was held by Richard Petty, who made all his starts in the Cup Series.