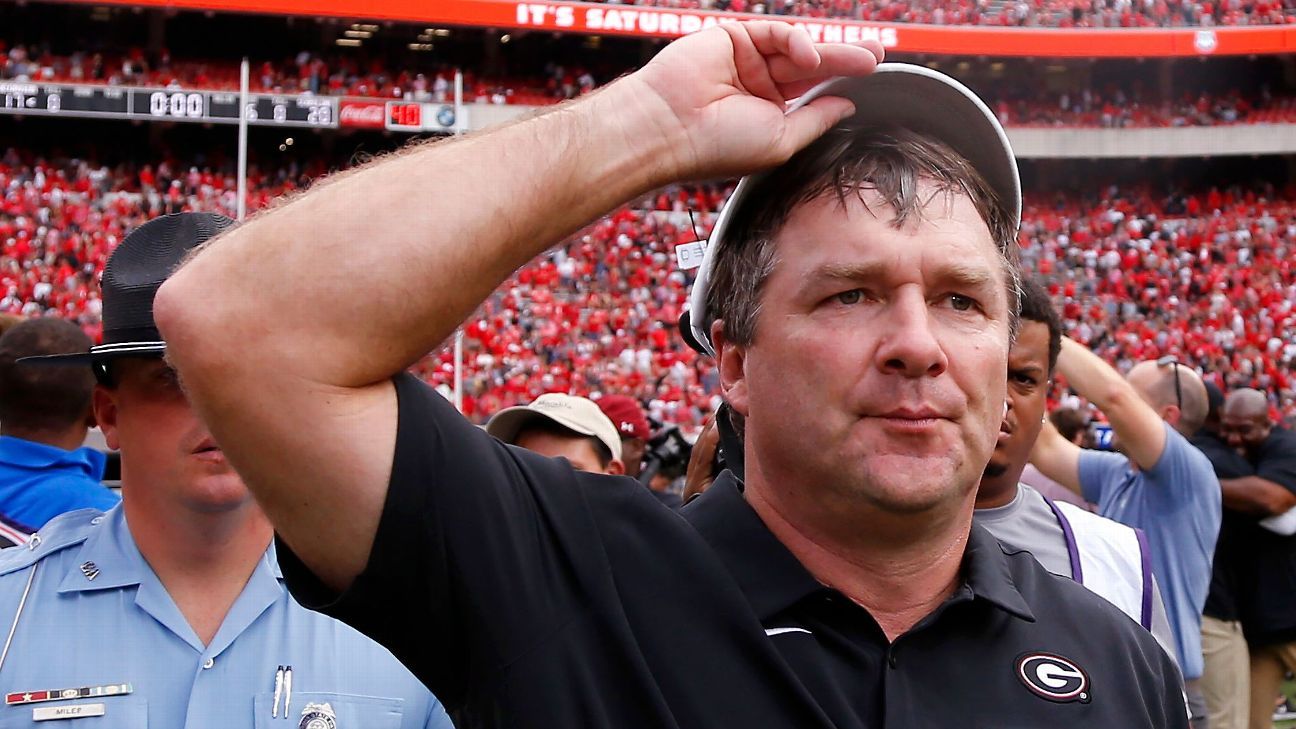 
ATHENS, Ga. — Georgia coach Kirby Smart has apologized for using an expletive after his team’s victory over Auburn, which sent the No. 4 Bulldogs to the Southeastern Conference championship game for the third year in a row.

Smart began his regularly scheduled news conference Monday by saying he was disappointed in himself for his choice of words in the wake of a 21-14 victory over the Tigers.

The comment came when Smart was asked by a reporter what he told his players after they clinched another SEC East title. He replied, “I told them, ‘How ’bout them (expletive) Dogs!'”

Smart said the comment was “not indicative of what I stand for.” He said you know you have messed up when you get home after a big win to find ‘your wife is upset about something you said.'”

Counties hopeful fans can return for Bob Willis Trophy
Jose Ramirez to meet mandatory challenger Viktor Postol in late August
Jason Holder on Jermaine Blackwood: 'I know when he crosses the line he'll give it his all'
Yastremska defends deleted blackface photos as ‘misunderstood’
Capitals’ Lars Eller to leave bubble for birth of child