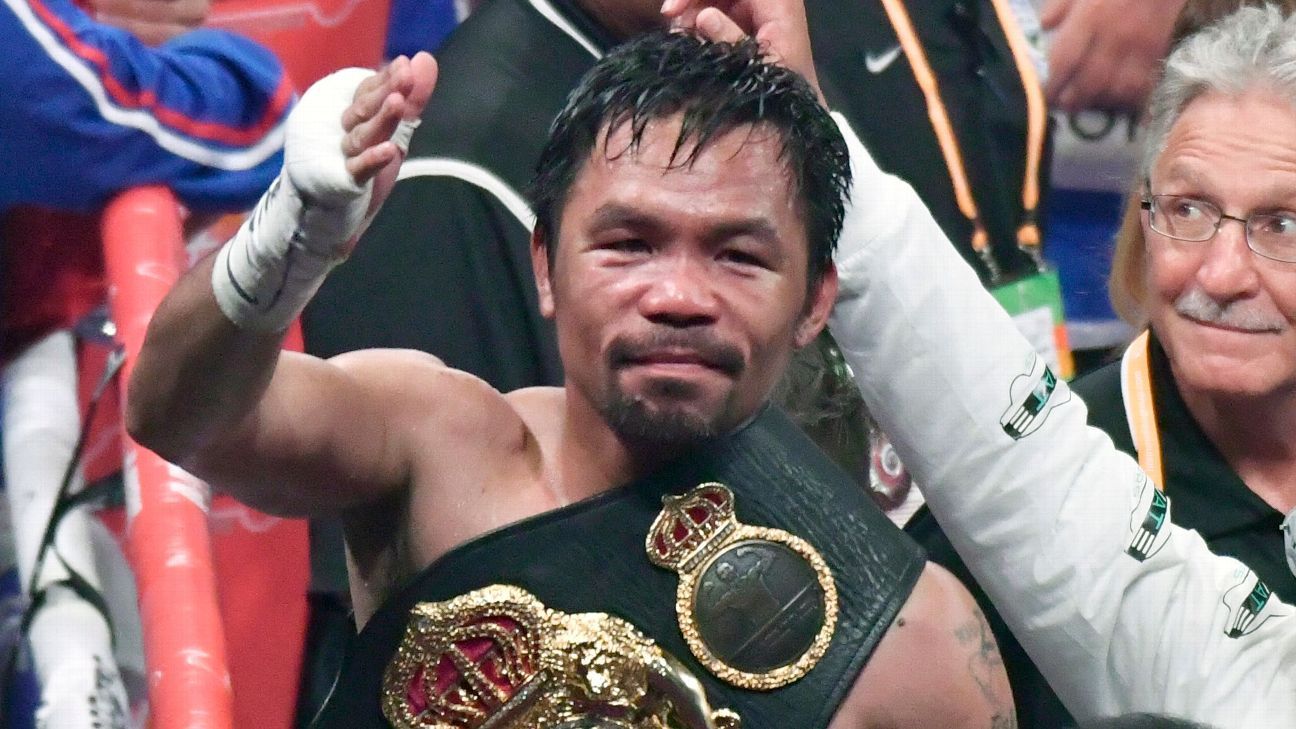 
Welterweight world titlist Manny Pacquiao plans to be back in the ring in the first third of 2020, his closest adviser told ESPN.

Pacquiao, who serves as a senator in his native Philippines, will next fight in “in late March or April” in the United States, said Sean Gibbons, the president of MP Promotions and a longtime close adviser to the eight-division world champion.

Gibbons also said that the two opponents on the short list for Pacquiao to face are former welterweight and junior welterweight world titlist Danny Garcia and the unrelated Mikey Garcia, who has won world titles in four weight classes. All three of them fight under the Premier Boxing Champions umbrella.

Danny Garcia (35-2, 21 KOs), 31, of Philadelphia, rebounded from a closely contested decision loss to Shawn Porter for a vacant welterweight title in September 2018 to win his last fight, a seventh-round knockout of Adrian Granados on April 20 in Carson, California.

Mikey Garcia (39-1, 30 KOs), who has won belts from featherweight to junior welterweight, moved up in weight to challenge welterweight world titlist Errol Spence Jr. on March 16 in a major pay-per-view fight at AT&T Stadium in Arlington, Texas. He was attempting to win a belt in a fifth weight division but suffered a shutout decision loss and has not boxed since.

Pacquiao (62-7-2, 39 KOs), 40, is coming off a remarkable decision win over Keith Thurman, a man 10 years his junior, whom he knocked down in the first round en route to taking his title July 20 at the MGM Grand Garden Arena in Las Vegas.

Pacquiao has won three fights in a row, all between July 2018 and the Thurman fight, since returning from a year layoff following a highly controversial decision loss to Jeff Horn that cost him a welterweight title in Horn’s hometown of Brisbane, Australia in July 2017.