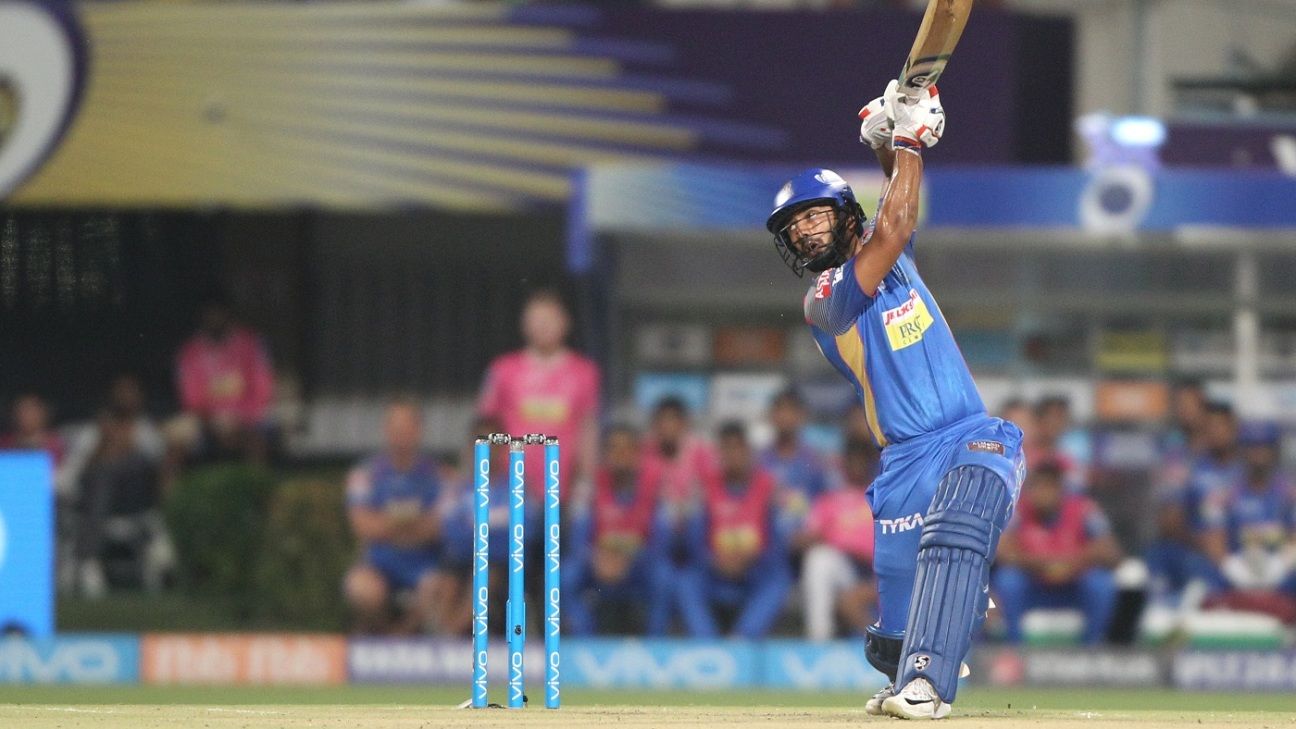 
On the final day of the group stage, Maharashtra and Punjab (Group C), Delhi and Jharkhand (Group E) filled the last four spots for the Super League round of Syed Mushtaq Ali Trophy 2019-20. They joined Karnataka and Baroda from Group A, Tamil Nadu and Rajasthan from Group B, and Mumbai and Haryana from Group D for the next stage, which will be followed by semi-finals and the final.

Till Sunday, six out of eight teams in Group C were tied on 16 points. On Monday, Azim Kazi and captain Rahul Tripathi’s unbeaten half-centuries helped Maharashtra beat Punjab to take them to the top with 20 points. Railways also had a chance to join them but they faltered against Himachal Pradesh, leaving five teams – Punjab, Chandigarh, Chhattisgarh, Hyderabad and Railways themselves – tied on the second spot with 16 points each.

If there were only two teams tied on points, the winner of the head-to-head contest would have qualified for the next round. But in this case, that particular playing condition didn’t apply, and Punjab made the cut on the virtue of their superior run-quotient.

In the Railways-Himachal Pradesh game, Nitin Sharma (76 off 51) and Prashant Chopra (47 off 30) helped Himachal to 193 for 4. Mrunal Devdhar (26 off 15) started well for Railways but once he was dismissed, the chase fell apart. Railways eventually stuttered to 139 for 9, losing the game – and the qualification spot – by 54 runs.

The equation was relatively simple in Group E. Jharkhand with 22 points were at the top, with Delhi and Jammu & Kashmir tied on 18 points with a match in hand.

Delhi beat Odisha by 20 runs on the back of Lalit Yadav’s three-wicket haul. After opting to bat, Delhi made 149 for 6, with Shikhar Dhawan top-scoring with a 33-ball 35. In response, Odisha were all out for 129 in 18.1 overs. Apart from Lalit, Nitish Rana and Pawan Negi also chipped in with two wickets each.

Had Jammu & Kashmir won their game against Gujarat, they also would have been on 22 points, making it a three-way tie at the top with NRR becoming the deciding factor. But they crumbled against Chintan Gaja and Hardik Patel and were dismissed for 101. Gujarat then knocked down the target in just 13.3 overs. Jammu & Kashmir’s defeat meant Jharkhand also made it to the next round.

Elsewhere, Haryana trounced Meghalaya, Madhya Pradesh eked out a narrow win against Puducherry and Bengal defeated Assam but none of those results had any bearing on the qualification scenarios.