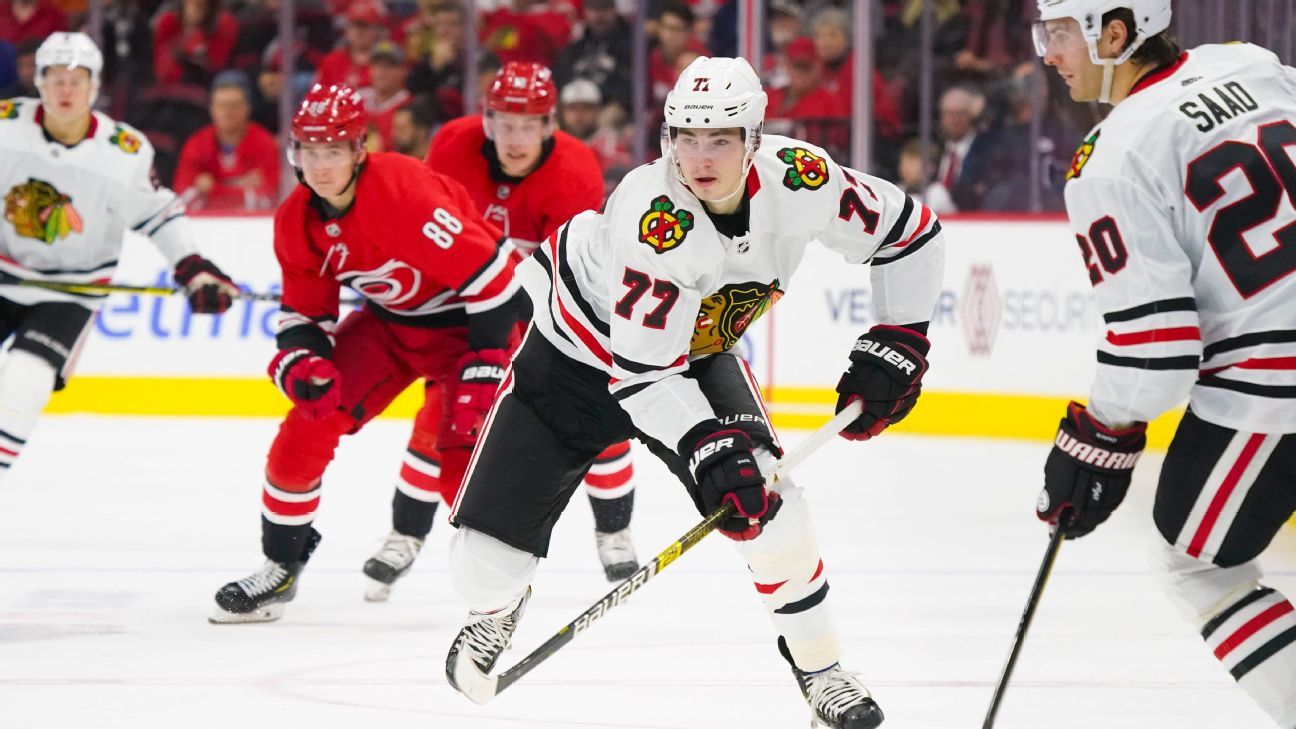 
Every week, we’ll mine the waiver wire for lesser-rostered assets to help your squad, whether you favor dynasty or the redraft format, and we’ll also toss in some tips for DFS players out there. Finally, we will look at some former go-to fantasy assets who may be overvalued – in the short- or long-term – for one reason or another.

Andre Burakovsky, LW/RW, Colorado Avalanche (Rostered in 24.9 percent of ESPN.com leagues): Following a quiet start to the month, Burakovsky appears back in his productive groove with three goals and an assist in his past two games. Competing on a scoring line with Nazem Kadri and top power play with Nathan MacKinnon, the 24-year-old former Capital is a legit threat to contribute game in and out. He could score 30 this year, obliterating his career-best mark of 17 goals from four seasons ago. I really love this young player as a still-under-the-radar fantasy asset in Colorado.

Jared McCann, LW/C, Pittsburgh Penguins (10.6 percent): While there’s no arguing Evgeni Malkin needs “to be fire”, by his own admission, in helping amend for the months-long loss of Sidney Crosby, the veteran star can’t center both top lines in Pittsburgh. Which is where McCann figures in, as temporary placeholder for one of the best in the game. So far, so good, as the 23-year-old has a pair of goals through the first three Crosby-less games, and seven points altogether in his past six. McCann’s projected outlook for production appears even more promising once a healthy Patric Hornqvist re-joins the Penguins’ top-six, supposedly soon.

Kirby Dach, C, Chicago Blackhawks (5.6 percent): Further proof that sometimes all a struggling kid needs is to take the game in from a different view. After sitting as a healthy scratch Nov. 9, the 18-year-old forward has erupted for four goals and two assists in four contests. How long until this year’s 3rd overall draft selection – who’s clearly gaining in confidence – sees more on-ice minutes in a more prominent role? He keeps up anywhere near this pace, and my guess is not long.

Martin Necas, C, Carolina Hurricanes (4.2 percent): Skating on a forward line with Nino Niederreiter and Carolina’s secondary power play, the 20-year-old rookie is averaging a point-per-game this November. Just wait until he starts seeing top-six minutes on the regular. As with Dach, fantasy managers in dynasty/deeper re-draft leagues should be all over the 12th overall draft pick (2017) who, honestly, could collect 60 points in his first true NHL season.

Barclay Goodrow, LW/RW, San Jose Sharks (3.4 percent): A valued commodity in satisfying fantasy hockey’s more physical categories, Goodrow ranks second in the league in penalty minutes (40), and 12th amongst forwards in blocked-shots (20). Oh, and he’s presently skating on a Sharks’ scoring line with Tomas Hertl and Timo Meier. All considered, the 26-year-old is a must-roster in leagues that reward feisty play in addition to scoring.

Nick Suzuki, C, Montreal Canadiens (3.0 percent): Bumped to a scoring line aside Max Domi, Suzuki extended his point streak to three games with a power-play goal in Saturday’s 4-3 OT loss to the Devils. The 20-year-old rookie also earned more than 18 minutes of ice-time and fired three shots on net. Drafted 13th overall in 2017, Suzuki is just getting going on what should amount to an exceptionally productive career. At minimum, he makes for an obvious dynasty asset. I’d give him a look as a wild card in deeper re-draft leagues as well.

Missed an episode of the ESPN On Ice podcast with Greg Wyshynski and Emily Kaplan? Find all the episodes from the show’s catalogue here. Listen »

Adam Fox, New York Rangers (12.3 percent): Despite ranking third as a fantasy asset behind Tony DeAngelo and Jacob Trouba on New York’s blue line, Fox still merits rostering in deeper leagues. After taking a few games to figure it out at the NHL level, the 21-year-old rookie has since broken out for eight points in 11 contests, including a pair of power-play assists. Collecting 48 points in 33 games with Harvard last year, Fox figures to pitch in production-wise with the Rangers for years to come.

Mackenzie Blackwood, New Jersey Devils (10.4 percent): If there was any doubt as to who serves as the club’s No. 1 netminder, the Devils placed Cory Schneider on waivers on Monday. Winner of five games and counting this November, Blackwood has been solid more often than not after a more wobbly launch to 2019-20. The 22-year-old projects to earn the bulk of starts in New Jersey going forward. Any fantasy manager who believes the Devils might contend this season should seriously consider investing in Blackwood.

Carter Hutton, G, Buffalo Sabres (56.9 percent): I’ve little doubt the Sabres will altogether rebound from what has evolved into an unpleasant, loss-heavy November, including their No. 1 netminder. But we’re not there yet. And backup Linus Ullmark has been the better of Buffalo’s two goalies of late. Bench Hutton until he shows convincing signs of having turned this recent corner.