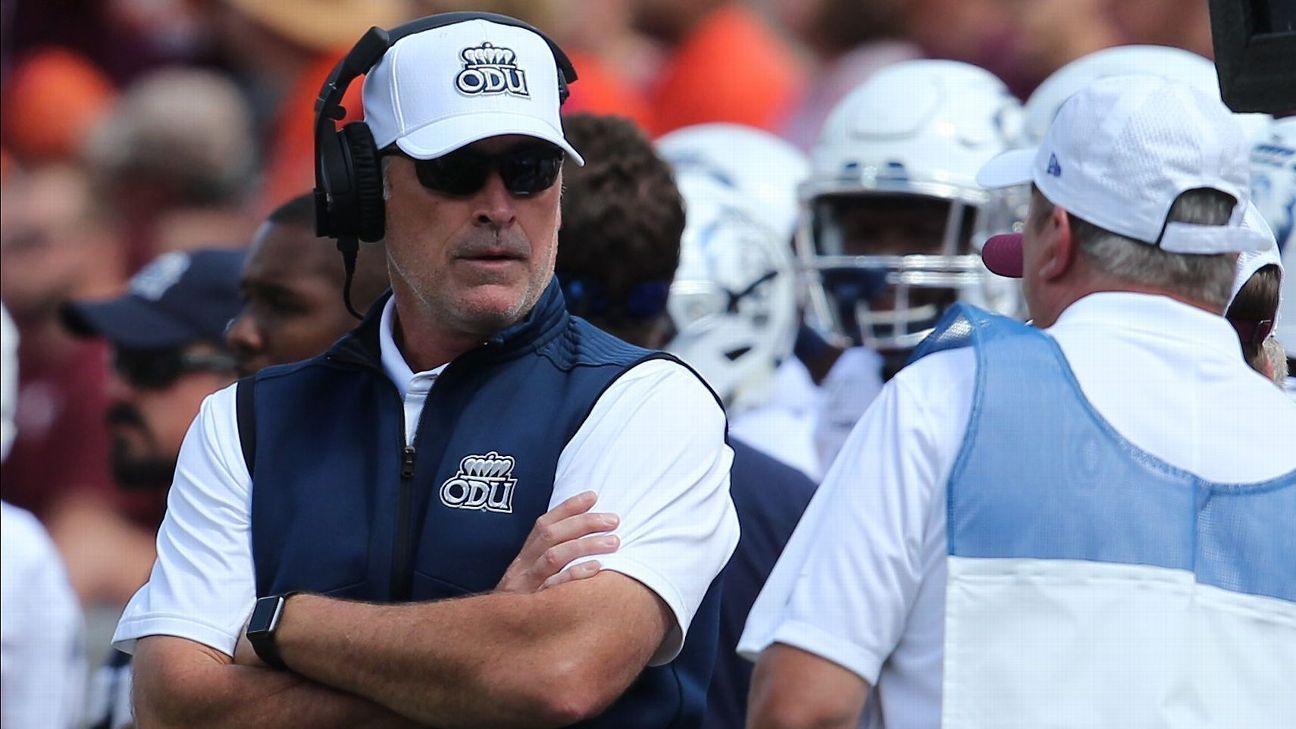 Wilder steps down after a 1-11 season, by far his worst at Old Dominion. He guided the Monarchs to two FCS playoff appearances and through the program’s transition to the FBS. Old Dominion went 10-3 in 2016 with a Bahamas Bowl win but has since endured three consecutive losing seasons.

After Saturday’s sending-ending loss to Charlotte, Wilder said he wanted to return, telling reporters, “If I didn’t think next year was going to be different, because of how much I love this program, I would step aside.”

Wilder finishes 77-56 at Old Dominion, including a 32-32 mark in Conference USA play. He spent two years starting up the program before the team began competition in 2009.

Antonio Brown turns himself in to police on multiple charges
Who reigns supreme at junior middleweight? It’s anyone’s guess
Who is Ivan Redkach and why is he fighting Danny Garcia on Saturday?
Winners of elimination bouts to square off for light heavyweight belt vacated by Canelo Alvarez
AB de Villiers, Steven Smith, Marnus Labuschagne – pick them all!