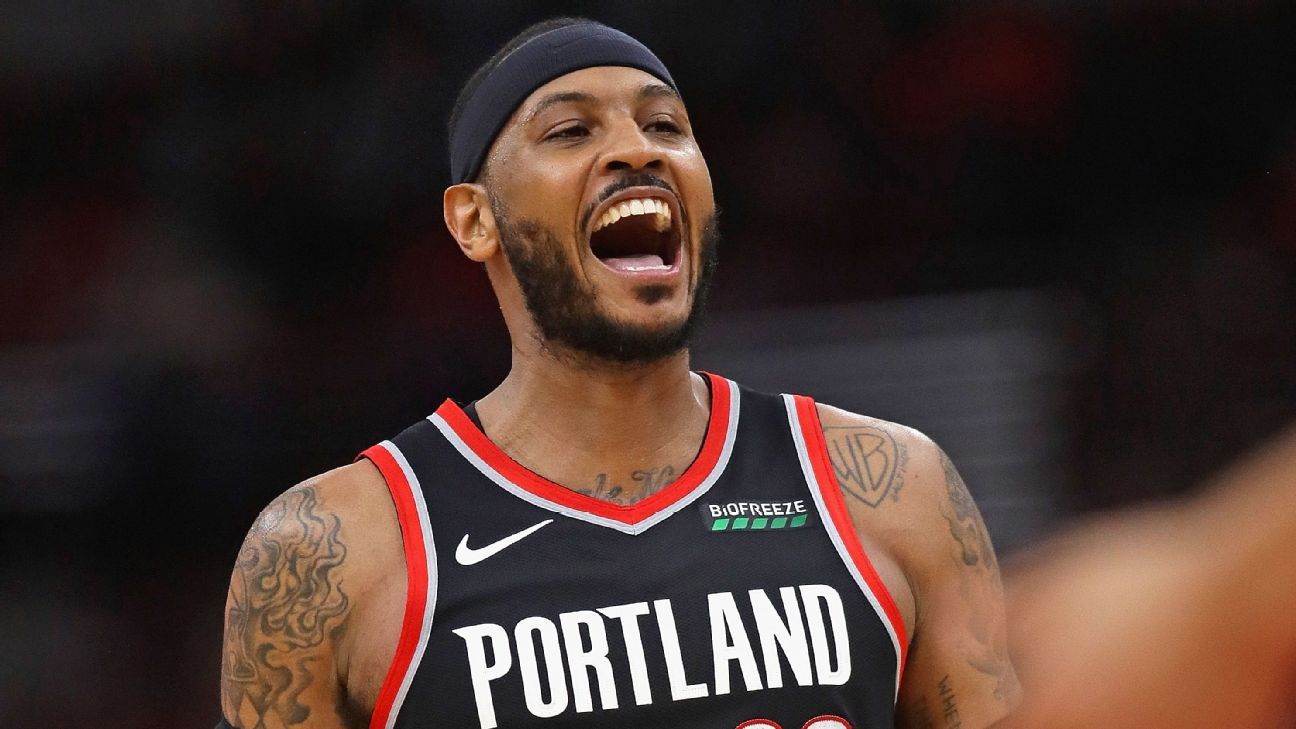 
Carmelo Anthony‘s return to the NBA is barely two weeks old, and he’s already being recognized for his strong play.

The league on Monday named the Portland Trail Blazers forward its Western Conference Player of the Week. The Trail Blazers went 3-0, beating the Bulls twice as well as the Thunder. Anthony led those efforts, averaging 22.3 points, 7.7 rebounds and 2.7 assists.

The last time Anthony was named a player of the week was March 10, 2014, while he was a member of the Knicks.

Anthony has now played six games for the Blazers since signing with them last month. He is averaging 17.7 points, 6.6 rebounds and 2.2 assists in 30.7 minutes per game, while shooting 46.2 percent from the field and 37 percent from 3-point range.

Prior to inking the non-guaranteed contract with Portland, the 10-time All-Star had not played since Nov. 8, 2018, with the Houston Rockets.