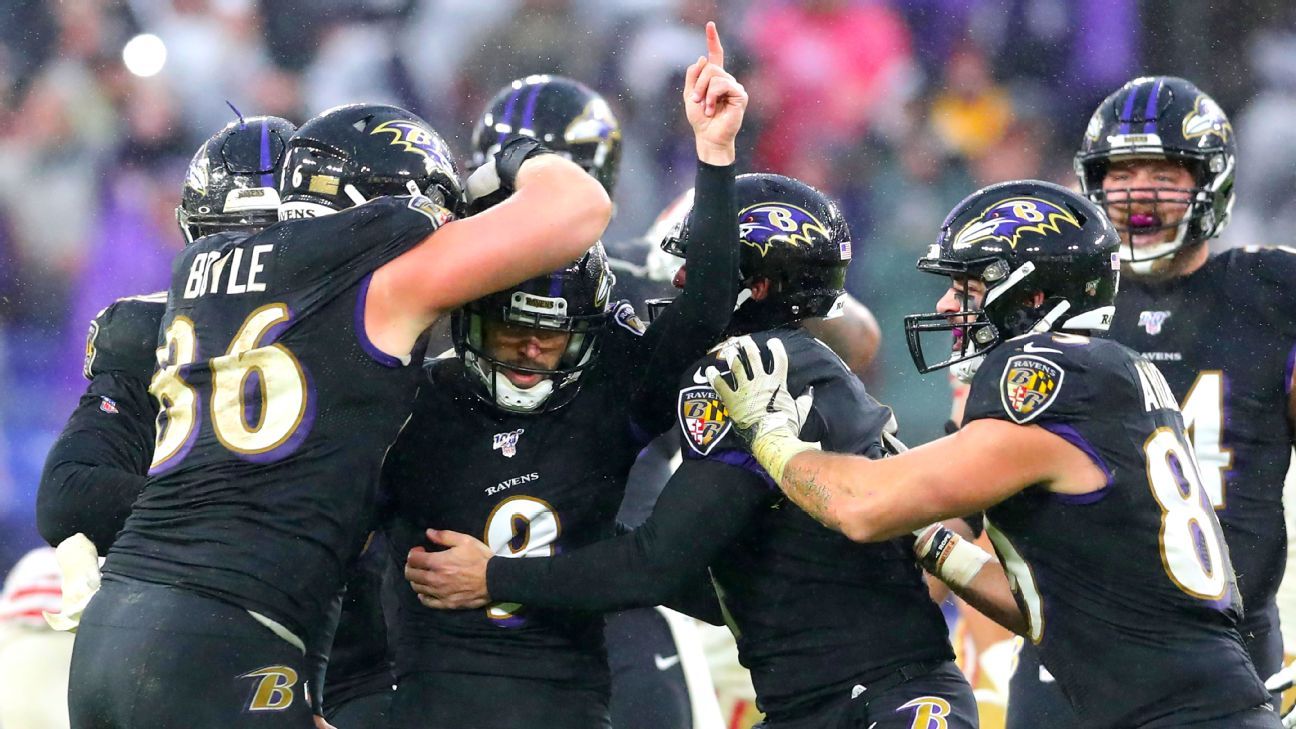 
The Baltimore Ravens are the team to beat, according to sportsbooks around the nation.

The Ravens, who beat the San Francisco 49ers on Sunday for their eighth straight win, moved past the New England Patriots and are now the consensus favorites to win the Super Bowl.

The Ravens, at +250, top the odds to win the Super Bowl at Caesars Sportsbook, followed by the New Orleans Saints at +350. The Patriots, who had been the consensus favorites for almost all of the season, are +450 at Caesars, with the 49ers next at +600.

There weren’t many believes in the Ravens to start the season. In September at DraftKings sportsbook, 24 of the 32 teams had attracted more bets to win the Super Bowl than the Ravens, including the Miami Dolphins, New York Jets and New York Giants.

Baltimore kicked off the season as a 45-1 Super Bowl long shot and was 40-1 in early October after losing back-to-back games to the Kansas City Chiefs and Cleveland Browns. The Ravens, behind dynamic quarterback Lamar Jackson, went on a tear from there. During their current winning streak, they’ve beaten six playoff contenders who are a combined 51-20.

Jackson, in his first season as a full-time starter in the NFL, has emerged as the odds-on favorite to win regular-season MVP. He is -250 to win MVP at DraftKings, followed by Seattle Seahawks quarterback Russell Wilson at +275. Jackson and the Ravens beat Wilson and the Seahawks 30-16 in Week 7 in Seattle.

Baltimore will take on another playoff contender on Sunday, when it travels to face the 9-3 Buffalo Bills. The Ravens are 5.5-point favorites over the Bills at Caesars Sportsbook.