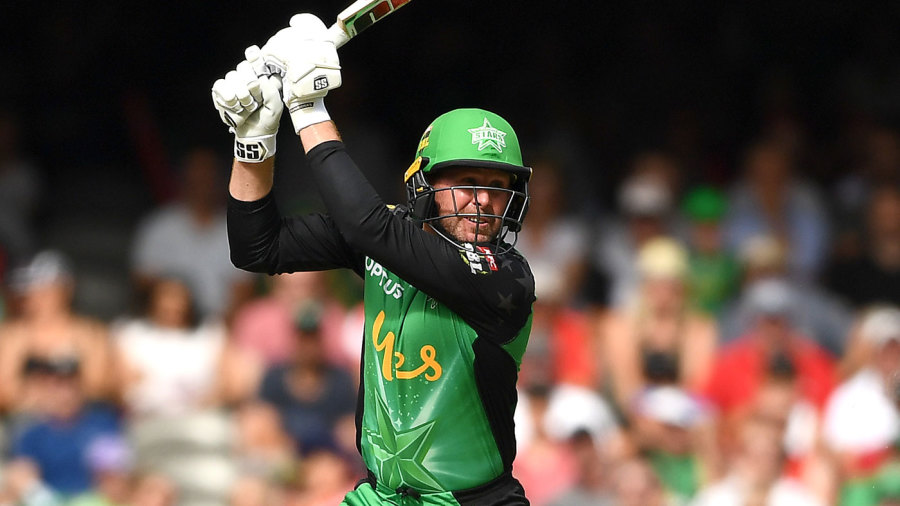 The Nelson Mandela Bay Giants completed the highest successful chase of this year’s Mzansi Super League against the Tshwane Spartans at St George’s Park to join the Paarl Rocks on 23 points at the top of the table. Ben Dunk‘s unbeaten 99 off 54 balls anchored the Giants’ effort and his fifth-wicket stand of 86 off 44 with Marco Marais took the team over the line. The Spartans had their chances to close out the game but dropped Dunk four times and had an ordinary night in the field which left them unable to defend a good total.

Dunk was on 8 when he offered his first chance, hitting Tom Curran to deep midwicket where Wiaan Mulder dropped a straightforward chance. Lungi Ngidi made up for that two wickets in his opening over, which also showed off a skill he has honed in this season’s tournament – the slower ball. According to broadcaster SuperSport, eight of the nine wickets Ngidi has taken have been with deliveries slower than 125kph, including both in this match. He had Jon-Jon Smuts caught at deep midwicket and Heino Kuhn dragging one on to legstump to leave the Giants on 28 for 3.

Dunk and Ryan ten Doeschate led the recovery with a fourth-wicket stand of 78 but they gave the Spartans a big opportunity to end their partnership on 51. Dunk, on 37, hit the ball to Ngidi at deep square leg but the big fast bowler let it slip through his fingers. Ngidi made up for his mistake when he took a good catch low down to get rid of ten Doeschate off Morne Morkel. But just when Ngidi might have considered the night his, Tony de Zorzi dropped Dunk, now on 52, off his bowling at deep midwicket. The dance continued when Ngidi had a chance again in the next over. Dunk hit Morkel to deep backward square, Ngidi made his ground to get to the ball but could not lay hands on it. The Giants needed 62 off the last five overs and Dunk scored 40 of them.

When the Spartans bought Afghan left-arm wristspinner Waqar Salamkheil in the draft, coach Mark Boucher admitted he didn’t know much about the teenager – and hoped no one else would either. South African viewers got their first sighting of Salamkheil in the 10th over of the Giants’ chase, and saw the youngster take a hop, a skip, another skip and then deliver the ball. His unusual action does more than amuse, it also disguises his many variations which includes the googly but that didn’t yield much reward. His two overs cost 23 runs on a poor night for the Spartans’ spinners.

Theunis de Bruyn and Dean Elgar have the highest opening stand of the tournament, 104 against the Paarl Rocks, but after stands of 3, 10 and 12 in the Spartans’ last three matches, change was needed. Both internationals were benched for this fixture, where de Zorzi made his tournament debut and Mulder was promoted to open the batting. The move paid off. The pair scored 57 runs in the Powerplay before de Zorzi was was stumped off an Imran Tahir google. Mulder went on to score 52 off 31 balls including the first six of the innings, over long-on.

There were only two other sixes in the Spartans innings, and they came from none other than AB de Villiers. He scored his third half-century of the MSL and now lies third on the run-charts. His moments of glory came in the 18th over, when he hit Junior Dala to cow corner for his first six, followed up with back-to-back fours, and then hit Dala back over his head for a second six. Dala saw de Villiers dropped at long leg off his fifth ball but then had the last laugh when de Villiers was caught at deep midwicket. The over cost 23 runs but removed de Villiers and kept the Spartans under 200.