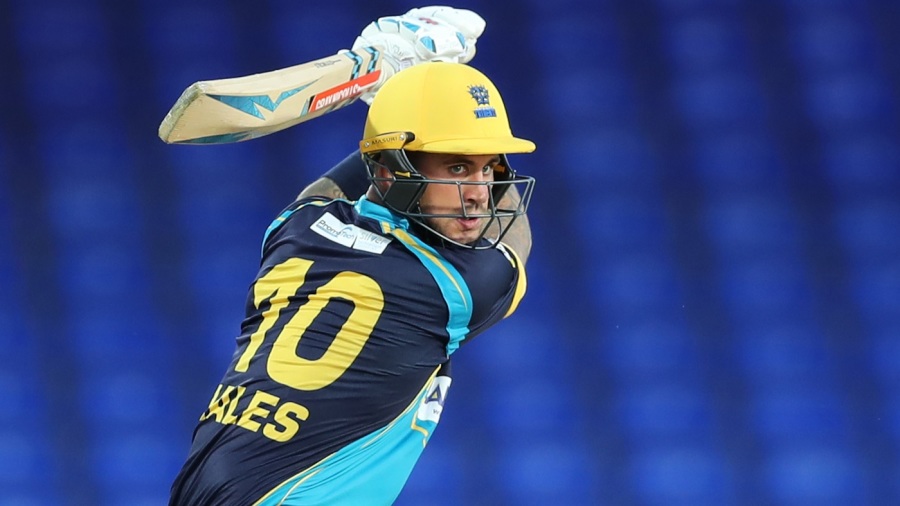 After three washouts and two losses in their first five games, Durban Heat have reeled off three successive wins, the latest coming in a high-scoring chase on Wednesday. This keeps them alive in the playoff race; they currently have 18 points in eight games, one behind third-placed Tshwane Spartans.

Nelson Mandela Bay Giants’ record of the highest successful chase of the tournament barely lasted 24 hours as Heat eclipsed them in a 196 chase with seven balls to spare. While the season’s wait for a centurion continues, Alex Hales added to a string of quality 90-plus scores. He made 97 not out of 55 balls.

Cameron Delport put on middling performances in his first seven matches. But in his eighth, he showed why he is such a sought-after player on the Global T20 circuit. His authoritative 84 off 49 balls included dismantling of two current South African bowlers and one former international. Delport took 15 runs off Kyle Abbott’s first over, including three fours. He sent Andile Phehlukwayo onto the roof of the stand at deep midwicket and dispatched Keshav Maharaj behind square on both sides to set up Paarl Rocks for an imposing total.

So far, Faf du Plessis had only threatened to come good in the tournament. On Wednesday, he actually did by scoring his first half-century of the season at a strike rate of 183.33 despite initially playing second fiddle to Delport. After his dismissal, however, du Plessis was severe on Abbott, plundering 18 runs off his third over to remind the selectors and administrators of his abilities in the shortest format. It was a statement of sorts, given he was left out of the T20I squad that played in India, which also cast doubts over his future in the format. Performances like these will keep those who matter interested as South Africa look to build to the T20 World Cup next year.

It wasn’t just du Plessis who was looking to catch the attention of the selectors. Hales, who last played for England in March, is also eyeing a comeback. The unbeaten 97 was his first significant score of the season, and it came at the right time. He went particularly hard at Hardus Viljoen’s short balls and struck four consecutive fours off his second over that went for 17. This kept the Heat on track at 53 for 1 in six overs. Yet, at the halfway mark, they needed 110 of the back 10. Hales held his shape and shellacked 61 from the next five to leave them needing just 49 in the final five. Hales remained unbeaten and saw them home.

Kohli on India's packed schedule: 'That's cricket for you today'
Phil Mickelson ‘intrigued’ by idea of star-driven global tour
Why Sunday matters so much to Tiger Woods even if he doesn’t win
Virat Kohli stresses on intensity and clarity in New Zealand
Steven Smith headlines Australia stars returning to Big Bash