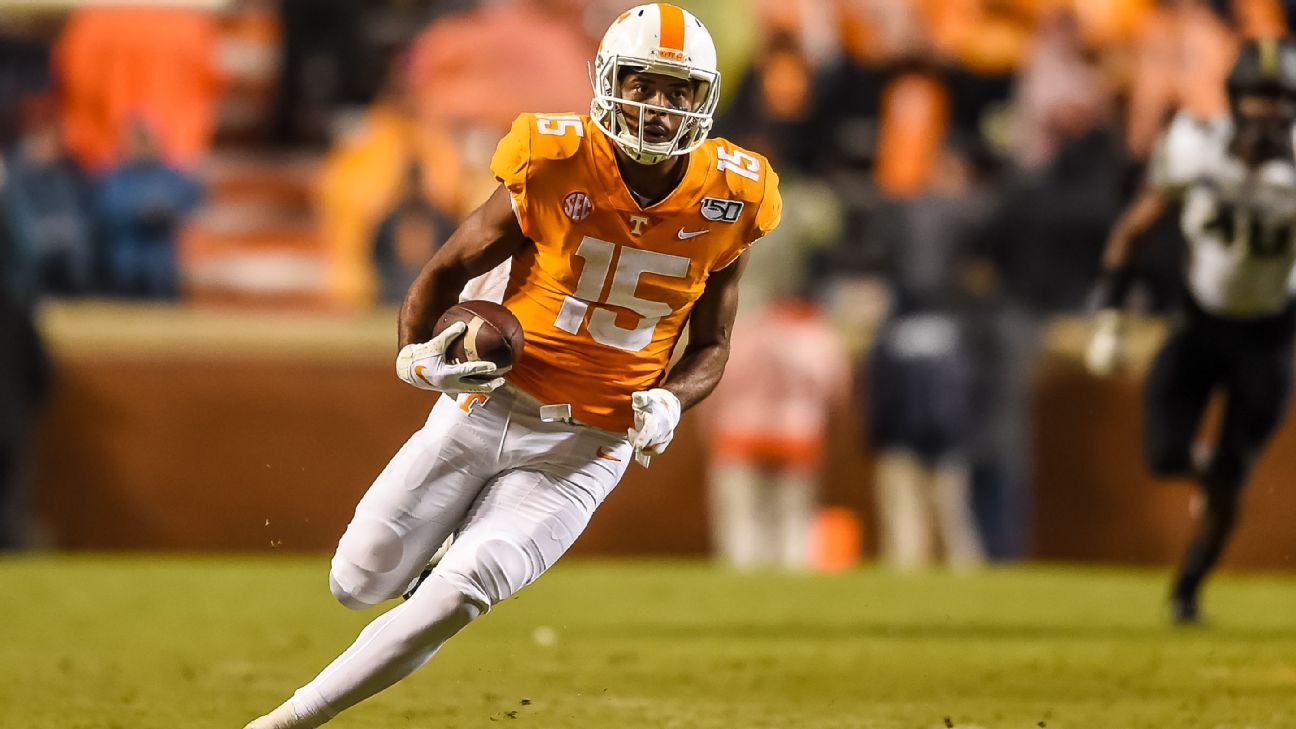 
The SEC suspended Tennessee receiver Jauan Jennings for the first half of the Vols’ upcoming bowl game for stepping on an opposing player in the team’s regular-season finale last week against Vanderbilt, commissioner Greg Sankey announced Wednesday.

Jennings, a senior, stepped on the exposed head of Vanderbilt receiver Justice Shelton-Mosley following a tackle late in the fourth quarter of Tennessee’s 28-10 win over the Commodores. Shelton-Mosley was returning a punt. His helmet had come off after hitting the ground and he could be seen grabbing his face with both hands after Jennings stepped on him.

Officials did not flag Jennings on the play.

The SEC reviewed video of the incident this week and determined that Jennings committed a “flagrant personal foul.” Rule 9-6-2 in the NCAA football rule book states that the conference can impose sanctions prior to the next scheduled game if video review reveals plays involving flagrant personal fouls that went uncalled by officials.

“Commissioner Sankey shared his perspective on the actions in question, we had a long conversation about the matter, and we will honor the suspension,” Tennessee athletic director Phillip Fulmer said in a statement. “Jauan has been nothing but outstanding for our team and program this entire season.”

Tennessee’s bowl destination has not yet been determined.