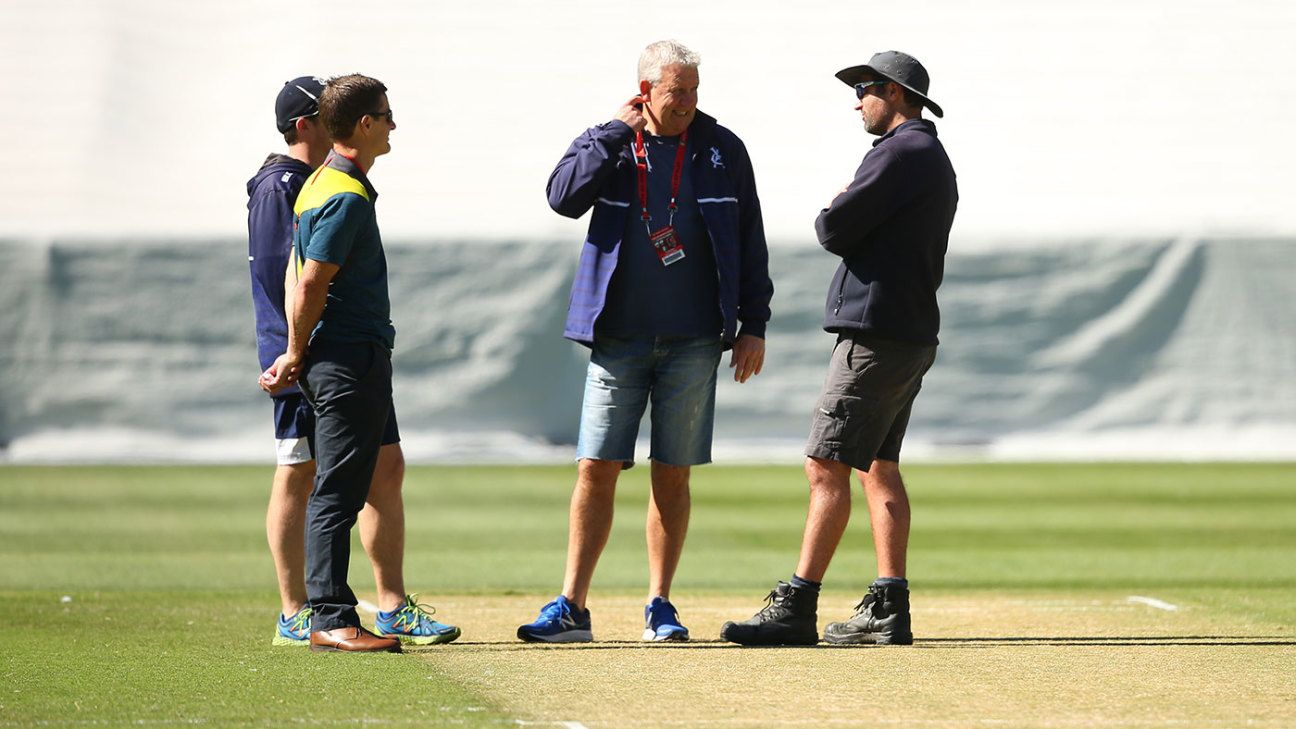 
Both captains agreed that there was a genuine risk that a player could have been seriously injured on the MCG pitch that forced the Sheffield Shield match between Victoria and Western Australia to be abandoned, while Peter Handscomb admitted comments he made last week about needing more life in the surfaces may have influenced the groundsman.

The game was suspended on the first afternoon and then called off on Sunday morning after Western Australia’s batsmen were hit repeatedly around the head and chest with deliveries rearing off a length. The pitch had started soft and divots were created which led to the alarmingly uneven bounce.

It is less than three weeks until the Boxing Day Test against New Zealand which will be played on an adjacent surface.

“The game’s been abandoned so it was a pretty genuine risk,” Handscomb said. “The players want to play cricket, that’s why we are here, but player safety is key and that’s where this decision has come from.”

“It was quite dangerous and as the game went on it got worse,” Marsh said. “As the pitch dried out it became unplayable. My players’ safety is at the forefront of my mind, the right decision has been made and lessons will be learnt.”

Following the previous Sheffield Shield match at the ground against New South Wales, which fizzled out into a draw due to rain over the last two days, Handscomb spoke about the need to bring more life back to the pitches.

“[The] MCG pitch hasn’t deteriorated for 10 years,” he said. “So I think we need to start making the game accelerate at the start of it, maybe make it a bit greener like it is in Hobart where the game accelerates at the start and then becomes a good batting wicket after that. But that’s up to the groundsman and see how they go.”

Asked whether those comments played a part in influencing what head groundsman Matt Page produced this weekend, he said: “I think it may have helped him. We’ve had a lot draws at the MCG and it’s about finding a wicket that can get a result. Unfortunately, he’s gone a touch too far and I’m sure come Boxing Day he’ll prepare a beautiful cricket wicket

“Hindsight is a great thing, unfortunately you can’t change anything that you do. I said stuff, that happens, so be it.”

Both Handscomb and Marsh offered their support to Page who moved to the MCG after being head groundsman at the WACA. “I know Pagey very well. He’s done some really good things since coming here. It was a great groundsman at the WACA,” Handscomb said. “He has a lot of experience behind him and has a lot of time to prepare a wicket that I think will produce a good Boxing Day Test.

“It’s tough and he’s under the microscope at the moment through the media. He’s a great groundsman, has been for a lot of years, has worked in some different conditions and has done some great things out here.”

Marsh added: “He’ll learn from this mistake and I’m sure the wicket for Boxing Day will be good.”

There will be attempts to reschedule the match but with such a packed season – and this being the last round of matches before the BBL – that is likely to prove difficult. If the game isn’t replayed then, under Cricket Australia rules, each side would get three points. Marsh said Western Australia would “let the dust settle” before assessing their options in that scenario.