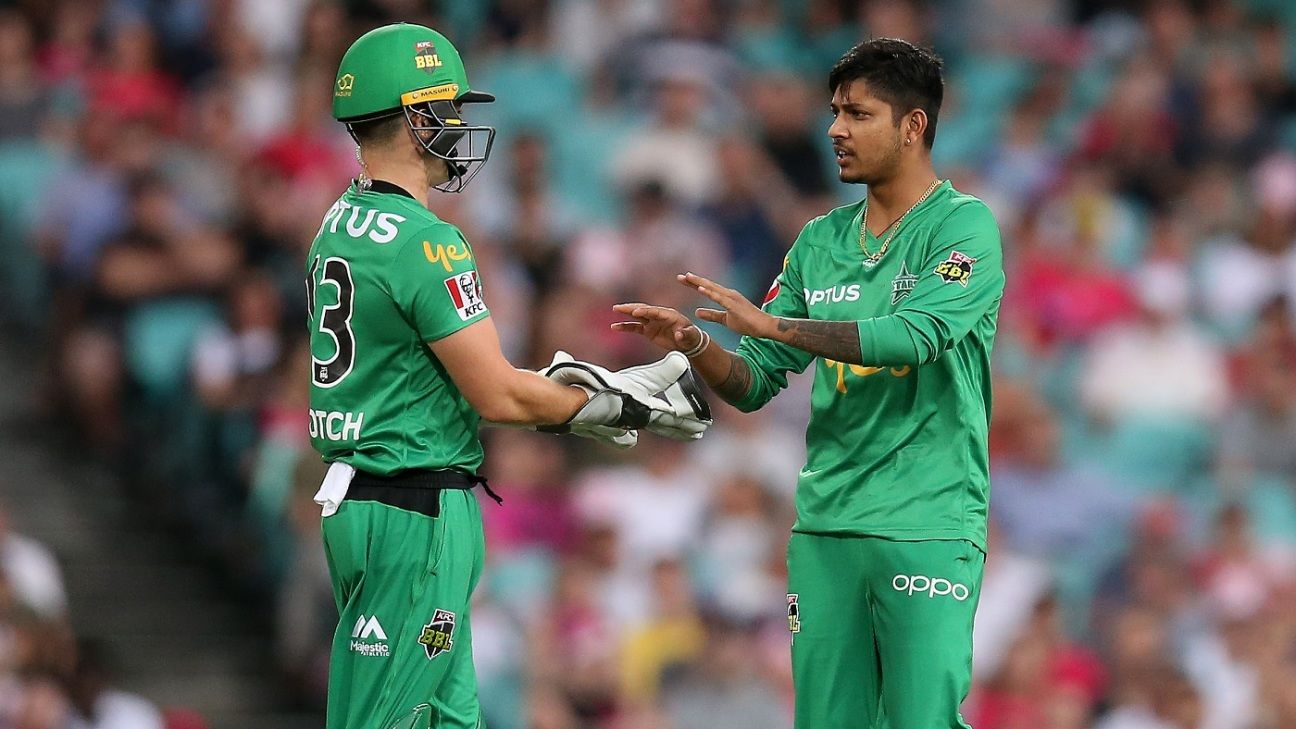 
The Melbourne Stars have been dealt another major blow on the eve of the BBL finals with legspinner Sandeep Lamichhane unavailable because of international duty while they also face a nervous wait on Haris Rauf‘s availability.

Lamichhane was believed to be available for the whole season, but he informed the Stars last week that he would not be around for the finals as he heads home to Nepal for a tri-nations ODI series with Oman and the USA which forms part of the qualification pathway for the 2023 50-over World Cup.

Rauf is currently playing for Pakistan in a three-match T20I series against Bangladesh in Pakistan which concludes on Monday and was expected to be back in Australia for the Stars’ BBL qualifier on Friday at the MCG. He has missed the past four games of which the Stars have lost three. However, there is a chance Rauf could be held back in Pakistan to potentially play in the first Test which starts on February 7 in Rawalpindi.

The Stars will also be without opener Hilton Cartwright for the finals due to a broken finger. They won 10 of their first 11 matches of the tournament to guarantee a double chance at reaching the final but have lost three in a row including to the Brisbane Heat on Saturday.

The Stars were confident on Friday that Rauf would return but coach David Hussey conceded after the loss to the Heat that it is not guaranteed.

“He might get picked to play Test cricket [but it’s] not confirmed as yet. We’d like him back,” Hussey told reporters. “We’ll see what happens there. We’re still working behind the scenes.

“It’s great that he started off his journey playing for the Melbourne Stars and now he’s representing his country. I’m rapt for him, great person, and hopefully, we do get him back for the qualifier.

“Whatever he does, I hope he actually represents Pakistan for 100 Tests and 400 T20s and 150 one-day internationals. He’s brought a different dynamic to our group, he’s tried every game he’s played, he fields his butt off and he’s just fitted in the group perfectly.”

Lamichhane’s loss is an even bigger blow to the dynamic of the Stars attack. He took 1 for 16 from four overs against the Heat and the Stars have bowled more spin than any other team in the BBL. The Stars spinners have bowled 25 more overs and taken 20 more wickets than the Melbourne Renegades who are second on that list but Lamichhane’s exit will force a rethink.

“I’m always a big believer that spin is going to your friend throughout the tournament,” Hussey said. “It’s a fantastic strategy that we have that we might have to rejig a little bit. I must admit I didn’t deal with it too well when he told me he was leaving because he’s a quality person, a quality player and a big part of our plans to go deep into the tournament.

“But when you get called up to international cricket, it should be celebrated. It was a couple of days of kicking cans about losing a great player but I’m pretty happy for him.”

The Stars took a punt on unknown Pakistan quick Dilbar Hussain against the Heat and it backfired with the Lahore Qalandars development player conceding 56 runs from his four overs. But Hussey was prepared to stick with him and he will stay on as Lamichhane’s replacement even if Rauf returns.

“It’s his first time at the MCG in front of a decent crowd representing a new team, his English is not great, he’s only arrived with the Stars in the last couple of days,” Hussey said.

“Foreign conditions. I thought there was a lot to offer – 145kph away swingers, good slower ball, good fast bouncer, good control, good yorker. I think he’s got a pretty good future in the game. I think he’s going to ruffle a few feathers later on in the tournament.”