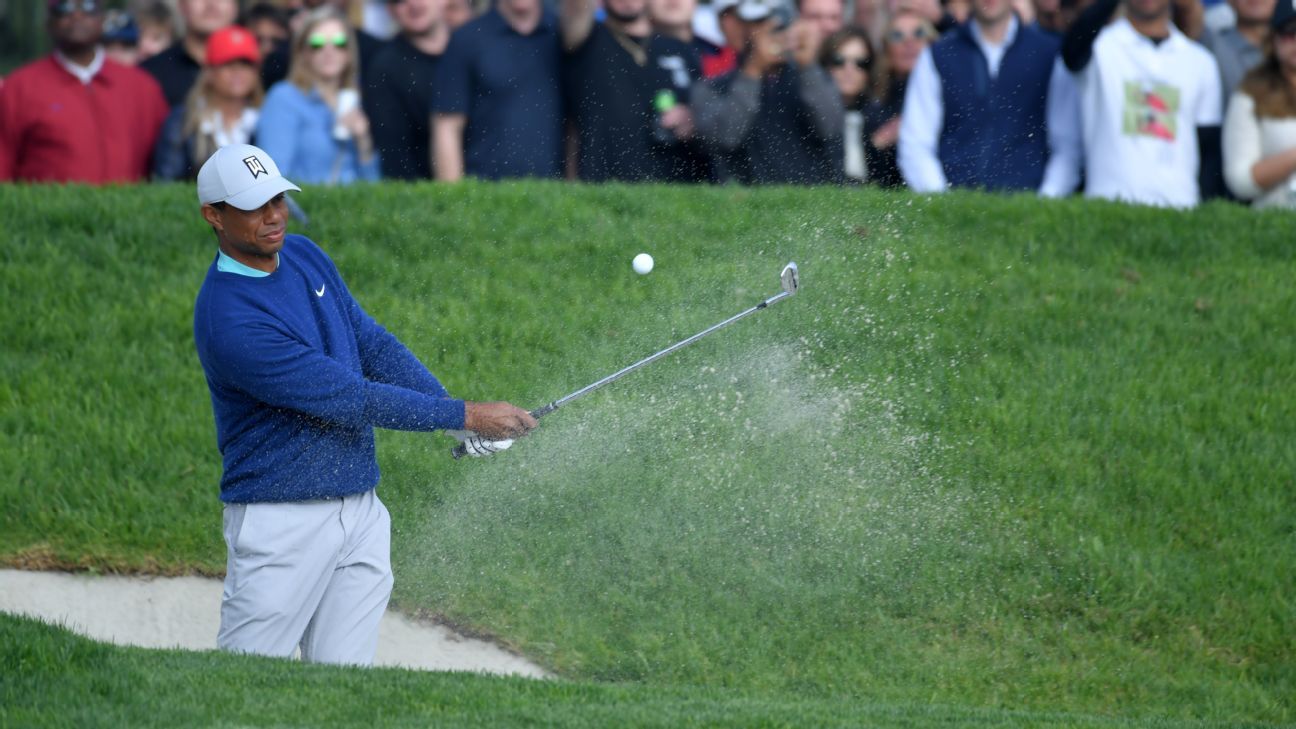 
SAN DIEGO — The day began ominously, in the fog, with Tiger Woods on the driving range, wondering if he should be warming up or conserving energy. It ended with him making a 15-footer for par on the 18th green to salvage the round and give him hope at a big comeback for his 83rd PGA Tour victory.

Woods was unable to take advantage of a quick start Saturday at Torrey Pines, playing the back nine of the South course in 1-over par to shoot 69 and finish five strokes back of leader Jon Rahm. He is tied for 14th.

But the cool, foggy temperatures that greeted him in the morning that led to a two-hour delay were not necessarily conducive to good golf for a guy who has endured four back surgeries and who in 2015 had to withdraw from the Farmers Insurance Open here under similar circumstances.

Woods started hot, birdieing two of his first three holes, chipping in for a par at the fourth, then adding birdies at the sixth and ninth to turn in 32, 4 under par.

But he never could get anything going over the final nine holes, three-putting for bogey from 55 feet at the 11th after coming up short with his tee shot, then needing to make that long putt for par at the 18th after finding the back bunker.

“I wish I could have put that ball in a better spot to give myself a putt at it,” Woods said. “I was trying to leave it where I had my putt end up at, got a little steep on it, went a little far. But it was important to make that putt.

“It was important to have some kind of positive momentum going into tomorrow.”

That all seemed to stall after the bogey at 11, where Woods left himself a long birdie putt and then couldn’t convert the par putt from 6 feet. He didn’t give himself many birdie looks the rest of the way, although he hit 13 greens in regulation and needed just 27 putts.

To win for the ninth time as a pro at Torrey Pines and set the PGA Tour’s all-time victory record with 83 will be a tall task, not so much due to the five strokes Woods needs to make up but because 13 players are ahead of him on the leaderboard, including Rahm, Rory McIlroy, Tony Finau and Marc Leishman.

Thailand impress but Stafanie Taylor helps West Indies over the line
Brandon Nakashima, 18, youngest quarterfinalist at Delray Beach Open in 12 years
Avs’ Pavel Francouz gets extension, then first career shutout
Catcher Jonathan Lucroy says he was changing signs every pitch vs. Astros
'Now is the time for players to put their hands up' – Mark Boucher