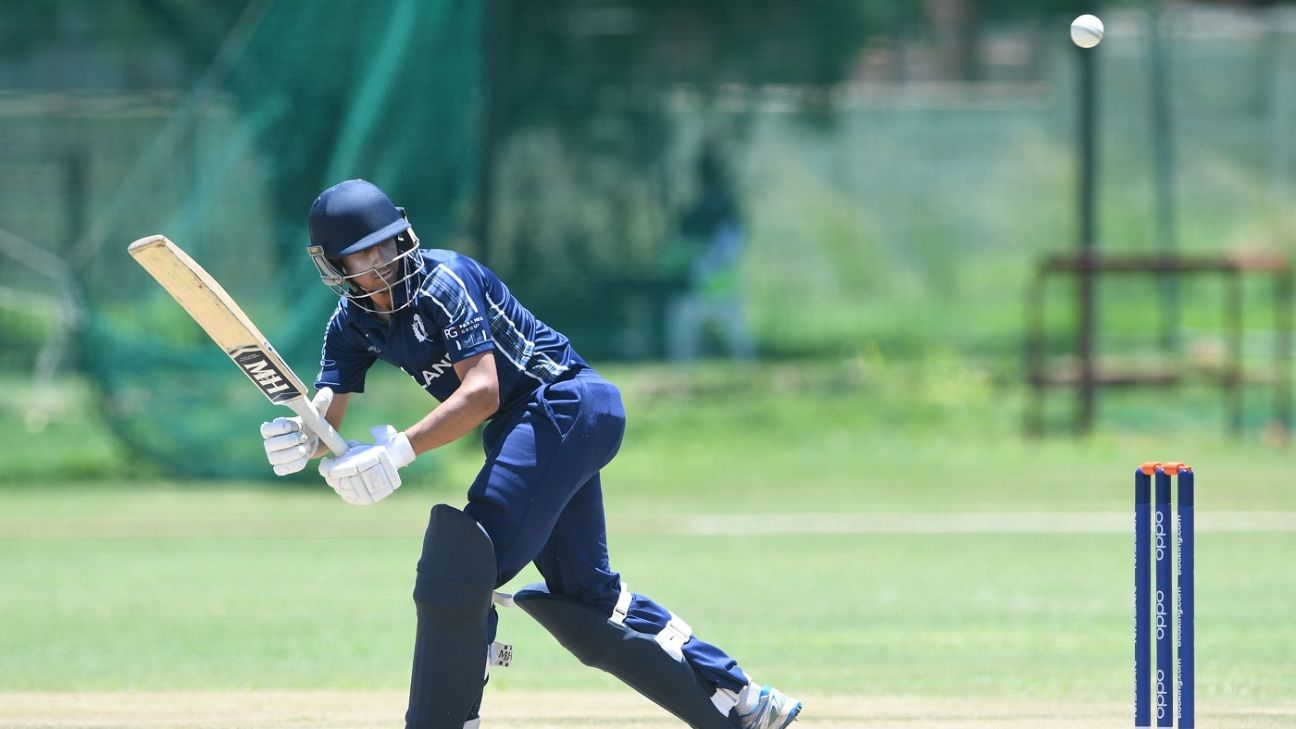 Osama Hassan produced a fine half-century from the lower order for UAE but his 81 off 68 balls did little to prevent defeat in the fourth quarter-final of the plate group in the Under-19 World Cup. Scotland cruised to victory with seven wickets to spare thanks to opener Uzzair Shah‘s nearly run-a-ball 71 and wicketkeeper Tomas Mackintosh‘s better than run-a-ball 57.

UAE began the game in decent position. They were 129 for 3 in the 30th over after being put in to bat, eying up a strong total. But Daniel Cairns‘ offspin triggered a middle-overs collapse where they lost four wickets for 35 runs. Hassan continued to fight though, hitting seven fours and a six during the course of his innings and was the last man out in the 49th over.

Shah took centre stage after that, helping Scotland wallop 176 runs by the 27th over before he was finally dismissed, by which time the contest was pretty much done.