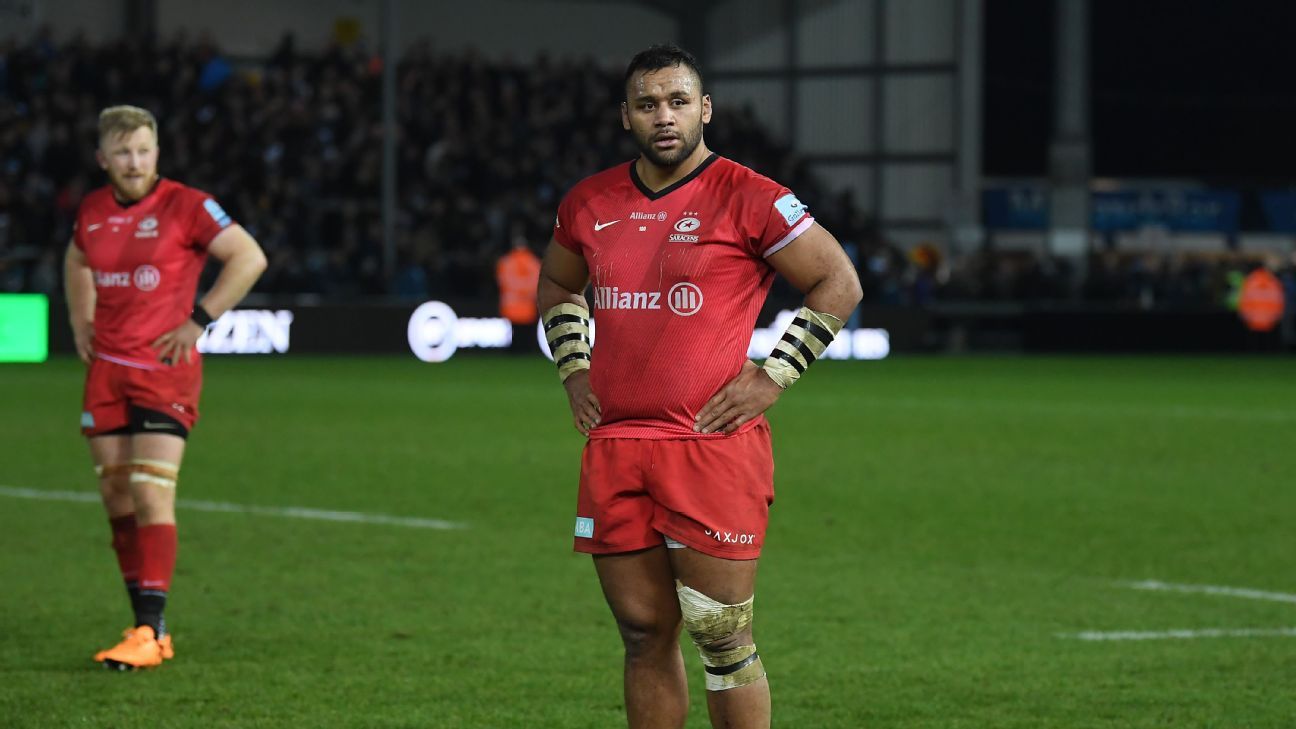 
England No. 8 Billy Vunipola has said he will “definitely” stay at Saracens next season despite their relegation to the Championship.

The English and European champions will play in the second-tier after being relegated from the Premiership for breaching salary cap rules.

Despite the sanction, Vunipola has said he intends to remain at the club and find the positives out of the situation.

Coronavirus: Postponements and cancellations in sport

“From my point of view, I’m just trying to sit still and play it out, see where we end up next year,” he told Rugby Pass. “I can’t see a negative in it.

“I’ve haven’t spoken directly to the powers at the top, when it comes to England or at Sarries, as to what will happen in terms of international recognition but if there’s one positive to take out of it, is I hope that my body will take less of a battering.

“I’m excited for next year. I reckon I’ll play as much as I can, try to help the team as much as possible and hopefully we’ll come straight back up. Yes, I’m definitely staying.”

Vunipola becomes the latest player to commit his future to the club after England hooker Jamie George said he also wanted to stay at Saracens next season.

Saracens, who have been docked a total of 105 points for repeated salary breaches, will also lose a sponsorship deal with insurer Allianz at the end of the campaign.

The Rugby Football Union (RFU) cancelled the remainder of the 2019-20 domestic rugby season last week, excluding the Premiership, due to the coronavirus pandemic. England’s top-tier is suspended until April 24 at the earliest.

Saracens were amongst a number of Premiership clubs to ask players to take a 25% pay cut due to the postponement of the season.