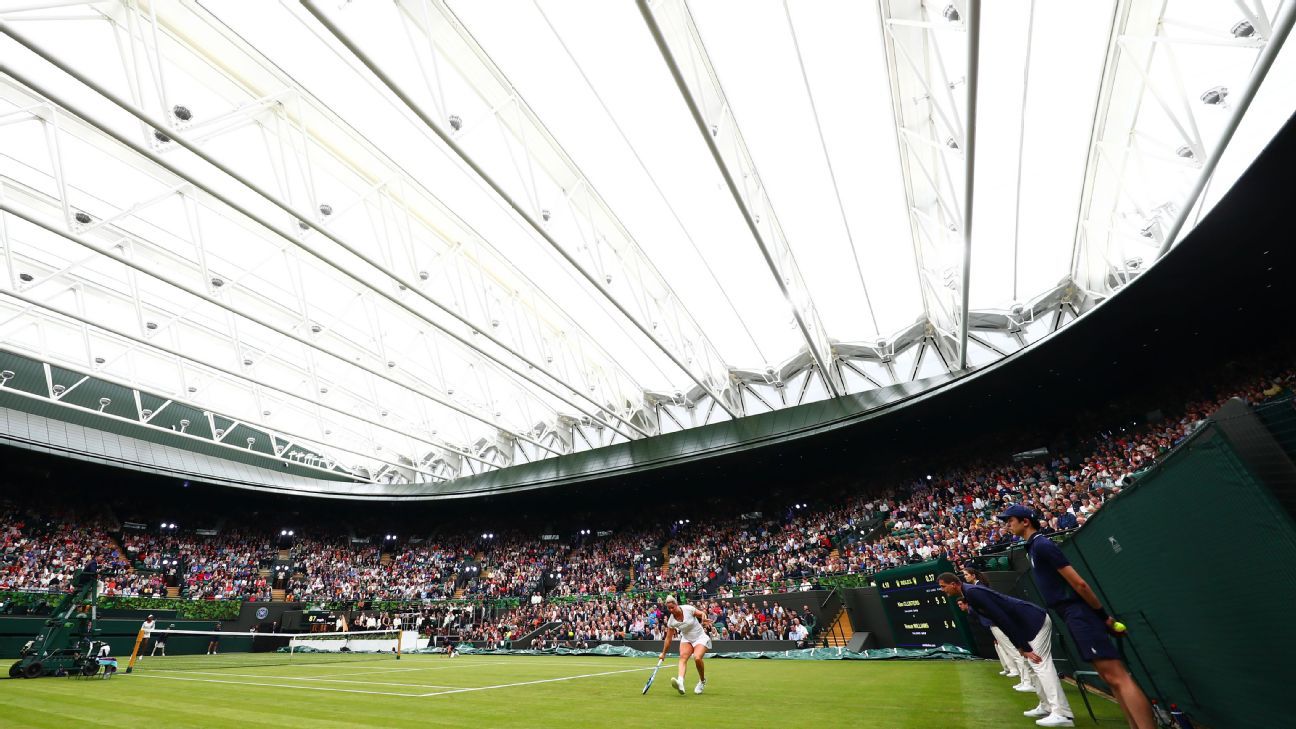 
Wimbledon is set to decide by the end of April whether this year’s championships will take place as scheduled, a source told ESPN on Wednesday.

While officially the All England Club is still planning for the existing June 29-July 12 dates, it is considering a number of contingency plans, as well as cancellation, in light of the COVID-19 pandemic.

The postponement of the Tokyo Olympics to 2021 has created a vacant spot on the sports calendar in late July and early August, but sources said moving Wimbledon back to late July is unlikely.

Stringent new U.K. government restrictions, which came into force Monday evening, mean the All England Club is now operating with a “practical minimum” of staff.

That includes the head groundsman, Neil Stubley, and a number of other grounds staff, but administration workers and others have been operating from home for the past week.

Contingency planning began as long ago as January, with scenarios under discussion including postponement, cancellation, and playing behind closed doors or in an altered format.

Playing behind closed doors would be problematic because of the number of staff required for the tournament to function.

And sources said taking the Olympic slot is unlikely, amid concerns that the levels of sunlight and dew will not be ideal for the grass, and with fears that government advice might be no more relaxed than it is now.

Ideas about holding the championships with an adjusted format would be weighed against the risk of damaging the standing of the tournament.

The ATP and WTA announced the suspension of the men’s and women’s tours until June 7, just three weeks before Wimbledon is due to begin.

The French Open, which had been due to begin on May 24, announced last week that it is moving to Sept. 20-Oct. 4, meaning it will begin one week after the conclusion of the US Open, if that too takes place as scheduled.

Though the manner of the Roland Garros announcement — which came with very little notice — was criticized by the other Grand Slam events and governing bodies, its timing might be an indicator in Wimbledon’s plans.

Roland Garros made its announcement eight weeks before its qualifying event was due to begin. If Wimbledon follows a similar timeline, that would put a decision on the table by April 27.

Wimbledon is insured if the championships are canceled, and though organizers are aware that staging the event on time might give the country a timely boost, in the final analysis, they will adhere to whatever the updated government advice is.

Rays hope all the pieces fit
European Tour postpones Irish Open, scheduled for late May
Eoin Morgan says England players are 'open to helping in whatever way possible'
Stephon Marbury trying to get masks from China for N.Y.
Could it be Tiger Woods versus Phil Mickelson is in the works while golf is shut down?