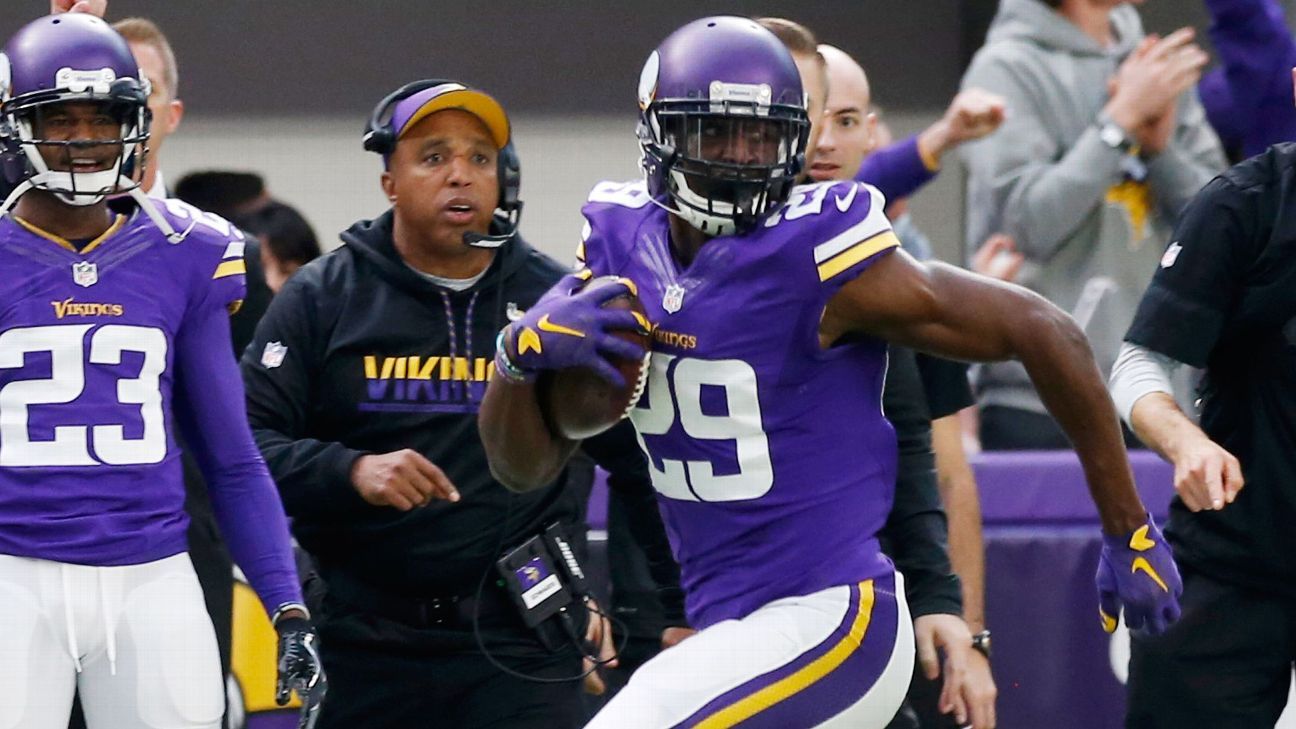 The Colts had a vacancy in their secondary after releasing starting cornerback Pierre Desir earlier this week.

Rhodes became a free agent when he was released by the Vikings to free up room under the salary cap. He carried a $12.9 million cap hit and had been under contract through 2022.

Wilson and Moore are the most experienced of the group, as they’re headed into their fourth NFL season.

Rhodes, who turns 30 on June 19, is being reunited with a couple of coaches from Minnesota. Colts cornerback coach Jonathan Gannon and defensive backs coach Alan Williams were on staff with the Vikings when Rhodes played there.

He is the third defensive player acquired by the Colts this offseason. They traded the No. 13 pick in this year’s draft to San Francisco for defensive tackle DeForest Buckner on March 16 and then signed Sheldon Day to a one-year deal Wednesday.

Rhodes was drafted in the first round in 2013 and signed a five-year, $70.11 million extension ahead of the 2017 season. The former Florida State product rose to prominence three years into his career, earning back-to-back Pro Bowl bids in 2016-17 and his “Rhodes Closed” moniker as one of the league’s top shutdown corners.

A series of hamstring, foot and groin injuries in 2018 led to a decrease in Rhodes’ efficiency. Ahead of the 2019 season, coach Mike Zimmer said the cornerback needed to “play up to that contract” but dismissed the notion that Rhodes had lost athletic ability.

Rhodes’ struggles poured over into last season where he was flagged for 10 penalties, allowed a 127.8 passer rating into his coverage (fourth worst among all corners) and an 82% opponent completion percentage, per NFL Next Gen Stats (the second highest in the NFL among corners), and did not register an interception for the first time since 2013.

To mitigate issues with the pass defense, Zimmer no longer had Rhodes routinely shadow his opponent’s No. 1 receiver and instead deployed a cornerback rotation.

ESPN’s Mike Wells and Courtney Cronin contributed to this report.

Dwane Casey describes how the Pistons confronted the coronavirus
Coronavirus in Formula 1: McLaren drivers take pay cut, staff on leave
Valentina Shevchenko out of UFC title defense due to leg injury
PCA seeks collective solutions as players face prospect of pay cuts
How are boxers getting by with no fights?