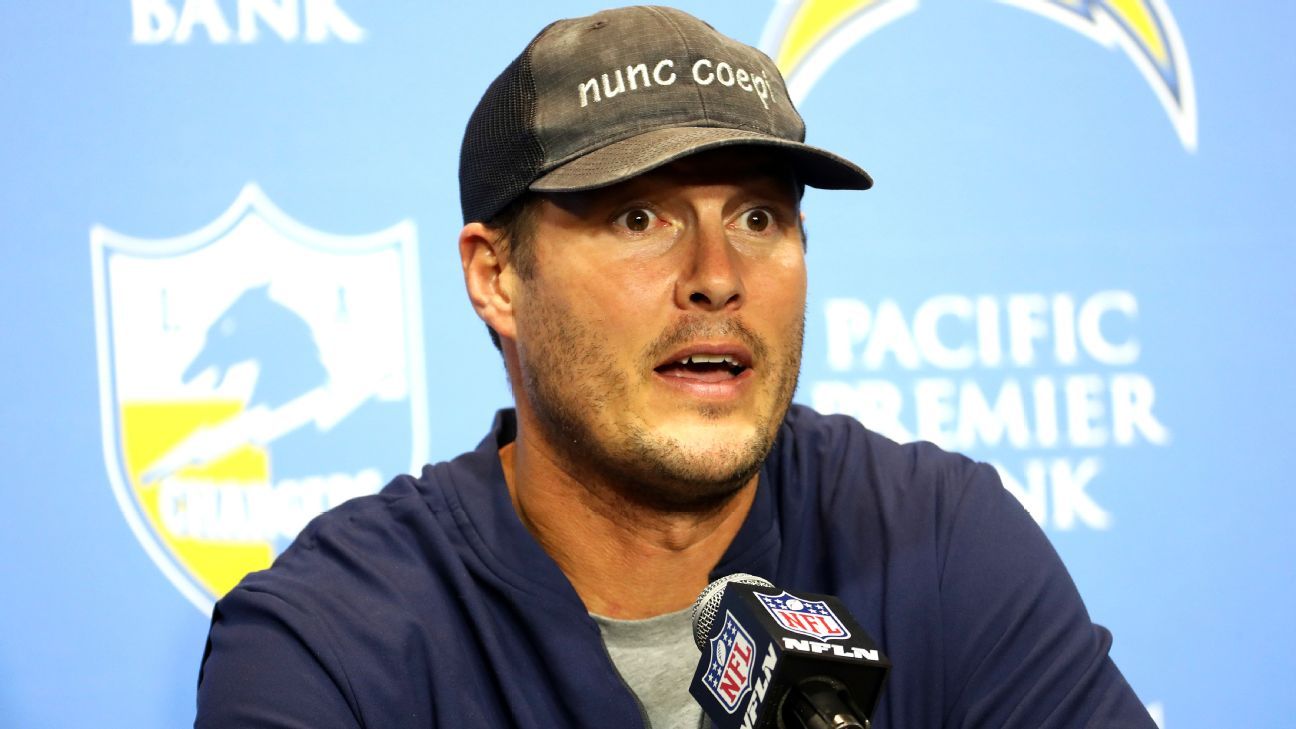 
INDIANAPOLIS — Indianapolis Colts starting quarterback Philip Rivers has yet to step foot inside his new team’s facility, shake the hands of his teammates or give coach Frank Reich a hug after being reunited with him.

Rivers also hasn’t had any on-field work with his center, but one thing he can practice during the coronavirus pandemic. is cadence calls and playcalls — even if it’s virtually.

It’s not ideal, but those obstacles haven’t kept Rivers from showing leadership during the team’s virtual meetings with coaches and teammates.

“I feel like I’ve got to know him,” wide receiver T.Y. Hilton said. “I mean, he’s already taken control of meetings. So he’s asking questions, knowing the terminology. He’s been in this offense — just some things we’ve changed up with different names. So he’s just getting those things down, and once he gets those down, he’ll be ready to go.”

“Vocal” is the word coaches and teammates have used to describe Rivers since he signed a one-year, $25 million contract with the Colts in March. But that’s expected, considering he is a veteran headed into his 17th NFL season and already is comfortable with the offense, as it’s basically the same one he’s run since 2013 when he and Reich were together with the Chargers. Offensive coordinator Nick Sirianni and tight ends coach Jason Michael were also on the Chargers’ staff at different points.

“When we get into the quarterback room, that is where Philip has already had an impact in that room — a few suggestions, a few lingo things there, a few terminology things,” Reich said. “… He’s got some good insight. There have been several — I can’t think of one off the top of my head — times where we’ve just gone to him and said, ‘Hey, just tell us how you want this. How do you see this? Are you good with this or do you want to call it something different? Do you want to look at it a different way?’ So that interaction is normal, and he is great at that stuff.”

The pandemic has left teams and players across the league trying to be creative when it comes to getting in sync, because few are working out in the same location.

Rivers is the fifth different starting quarterback that center Ryan Kelly has worked with since entering the NFL in 2016. Learning cadences with Rivers hasn’t been easy. These times call for being creative, which is why they’ll go step-by-step during conference calls.

“Obviously, Phil has a very different verbal cadence than what I’m used to, but that’s football, man,” Kelly said. “That’s the way it is. We’re getting paid as professionals to figure it out. There are going to be some learning curves for sure, but as soon as we can get out on the field or even if it’s just Phil and I sitting down and running through a few things, I think it’s really going to help out.

“We’re doing everything that we can to get live reps. If you visualize it enough, it will come over time to get used to it. As far as down to the cadence and his presence in the huddle, it’s obviously going to be paramount that we get that down. I think we’re doing a good job.”

So what does Rivers do to get some throws in until he is able to work with Hilton & Co.? He sets up makeshift targets to throw at with his son, who also is a quarterback, in Florida.

“This particular drill was like a checkdown drill, where he was dropping back in the pocket simulating movement and that little net, like it would be Nyheim Hines checking out of the backfield and then boom, deliver it that way. Then deliver it with this arm angle, working fast in the pocket, doing that,” Reich said. “That’s one example of physical tape that I’ve seen of him out there doing that kind of thing.

“At some point Philip will be moving here to Indy, sooner rather than later. Then more and more guys will get back to Indy, and then, as it’s allowed, we can get out on fields. It won’t be our field, but he’ll get together with receivers. He’ll throw with them.”

Rickie Fowler is searching for his game … has he found it?
Umar Akmal ban appeal to be heard on July 13 after coronavirus delay
Sam Curran tests negative for Covid-19 after sickness bout
Brad Foster promises an exciting display as UK boxing returns without fans
Ferrari bring forward car upgrades for Styrian Grand Prix