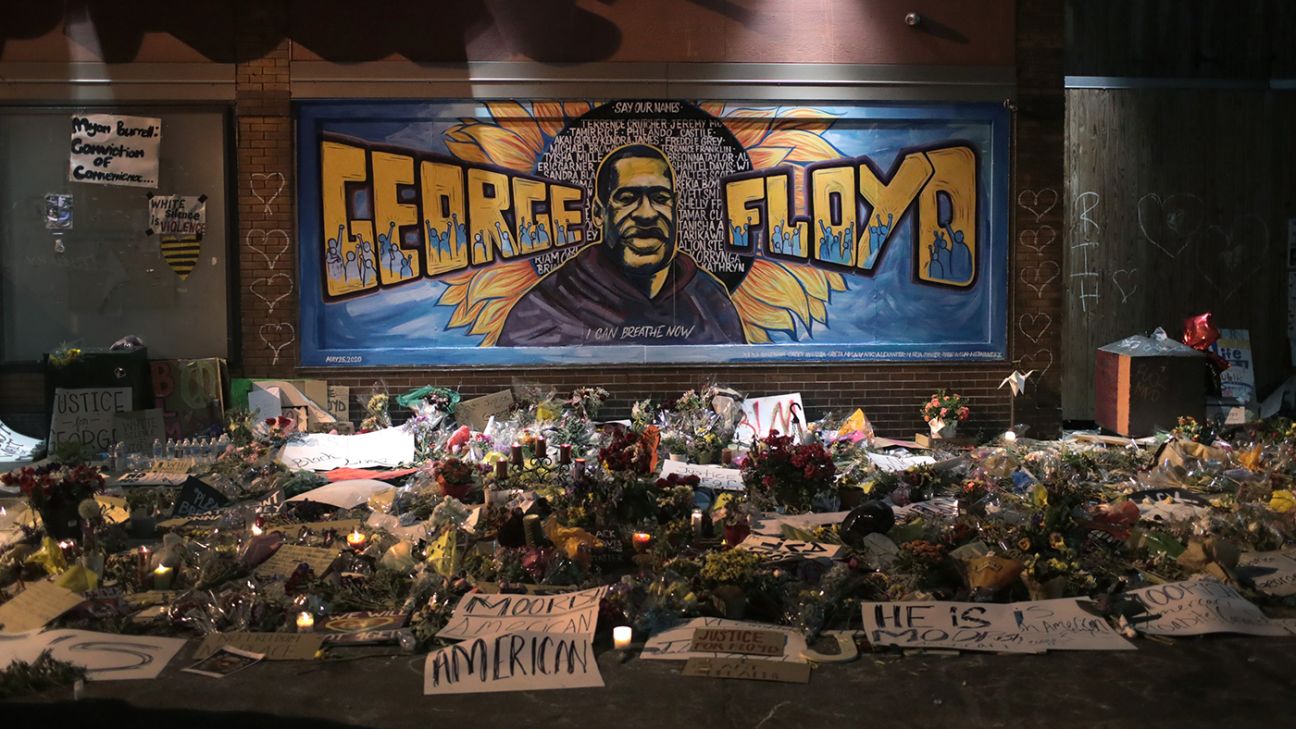 
Former West Indies captain Daren Sammy and senior batsman Chris Gayle have become the first active cricketers to join a growing number of sports personalities worldwide in publicly raising their voice against the scourge of racism following the killing of George Floyd.

Sammy, in a series of tweets on Monday, urged both the ICC and cricket boards to stand up against the “injustice” of racism against “people of color”, an issue that his former team-mate Gayle said was prevalent in cricket.

On Tuesday, former Sri Lanka captain Kumar Sangakkara also put out a thread of eight tweets on the issue, saying that the events in the USA were a “powerful lesson to us all”.

Floyd, 46, a black man, died in Minneapolis on May 25 – a death now officially classified as homicide after a white police officer had held him down with his knee on his neck for over eight minutes while he was handcuffed. The incident, captured on video, has sparked widespread, angry protests across the USA.

Several sportspersons have spoken out since then, with basketball great LeBron James putting out a social media post referencing Colin Kaepernick, the NFL quarterback who famously kneeled during the national anthem to protest police brutality and racial injustice. On Monday, English Premier League football side Liverpool also “took a knee” while prominent players in the German Bundesliga wore t-shirts in solidarity with the protests.

“Right now if the cricket world not standing against the injustice against people of color after seeing that last video of that foot down the next of my brother you are also part of the problem,” Sammy tweeted.

Sammy said he was “frustrated” that black people continued to suffer on a daily basis and cricket needed to voice its protest. “Can you be part of the change by showing support? @ICC and all the other boards are you guys not seeing what’s happening to ppl like me? Are you not gonna speak against the social injustice against my kind. This is not only about America. This happens everyday.”

For too long black people have suffered. I’m all the way in St Lucia and I’m frustrated If you see me as a teammate then you see #GeorgeFloyd Can you be part of the change by showing your support. #BlackLivesMatter

The ICC said that it has always condemned racism and had “zero tolerance” towards it. “As part of the Code [of Conduct], the players not only get punished, but also have to go through an education programme to promote a better understanding and awareness of issues directly relevant to the offence that he has committed. There is also a conciliation element to the proceedings,” the ICC told ESPNcricinfo, when approached for a comment. “We have a zero-tolerance policy towards this sort of conduct and it can be punished with a lifetime ban. We provide guidelines to our members and we also make it clear that no discriminatory behaviour of any kind will be tolerated by anyone at the event – staff, media, fans etc.”

The England & Wales Cricket Board (ECB) tweeted a picture of Jos Buttler, Jofra Archer and Adil Rashid hugging, captioned: “We stand for diversity. We stand against racism.”

We stand for diversity,

We stand against racism. pic.twitter.com/onhWj07n2i

Gayle said he had received “racial remarks” during his travels across the globe and that was only because “I’m Black.”

“Racism is not only in football, it’s in cricket, too,” he said. “Even within teams, as a Black man, I get the end of the stick.”

Sangakkara, in turn, called for a “world culture that has no place for ignorance and prejudice”.

6/8 We the people, the ordinary citizen, can together achieve extraordinary change for the better, to set in place a world culture of openness, respect and understanding. A world culture that has no place for ignorance and prejudice and where true freedom reigns.

Last November, England pace bowler and World-Cup winner Jofra Archer was at the receiving end of a racist comment from a spectator during the Test series in New Zealand. Archer later said that the person contacted him on Instagram. “I will never understand how people feel so freely to say these things to another human being. It baffles me,” Archer said. This January New Zealand Cricket (NZC) confirmed that it had banned a 28-year-old man for two years from attending any cricket in the country following a police investigation into the matter.

Several players have been sanctioned under the ICC’s anti-racism code with former Pakistan captain Sarfaraz Ahmed being a prominent recent example. Sarfaraz received a four-match ban last January after he admitted to making a racist comment to South Africa allrounder Andile Phehlukwayo during an ODI in Durban. Nambia allrounder Christi Viljoen was penalised by the ICC in June last year, for “inappropriate” sledges directed towards Uganda players at the T20 World Cup Africa Qualifiers.

Ian Bishop, the former West Indies fast bowler who is now a prominent television commentator, also spoke out on Twitter, saying that the world, in its current state, was in pain and needed help healing.

The pain is real. People are crying out to be heard. They are hungry. They feel hopeless. They feel helpless. They feel neglected & subjugated. This is not the social contract that was agreed to decades ago. We need leaders who will help, heal, empathize & inspire at all levels.