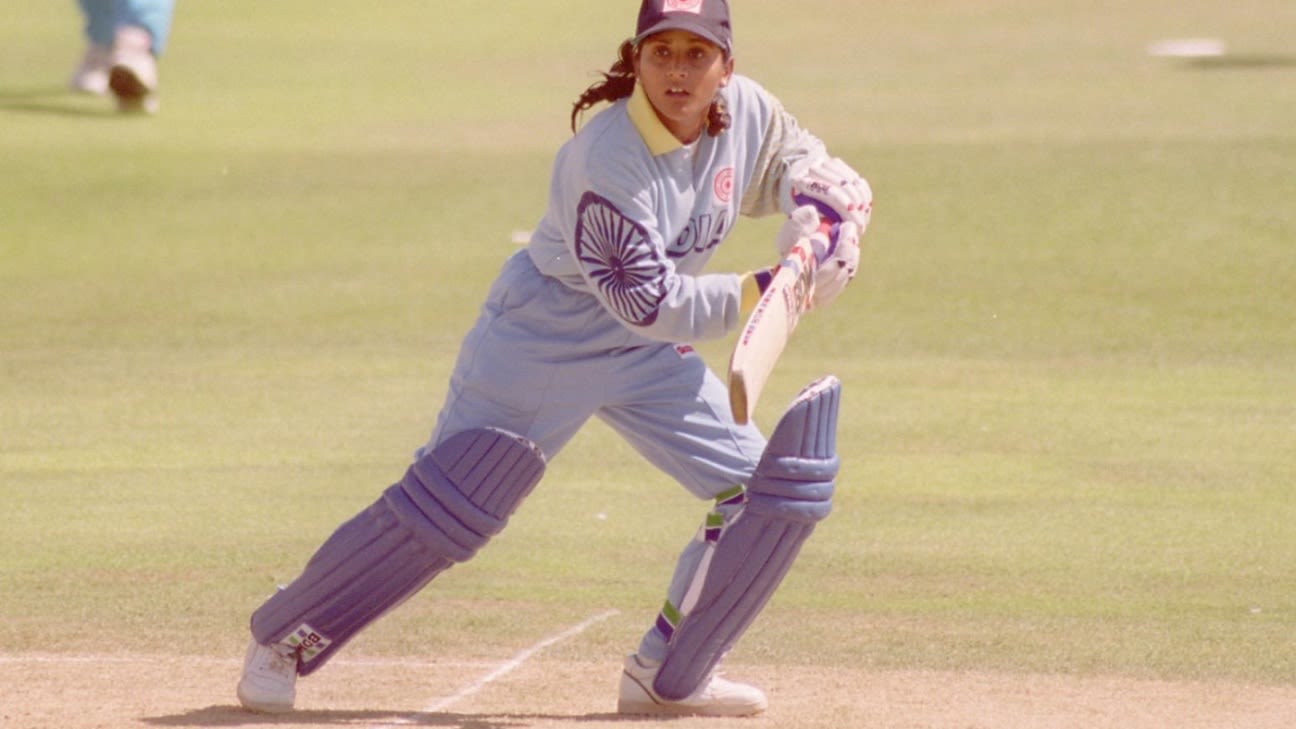 
Former India captain Anju Jain and allrounder Devika Palshikar have been appointed on the Baroda women’s coaching staff for the next two seasons after their contracts as the head coach and the assistant coach of the Bangladesh women’s team expired in early March following the Women’s T20 World Cup. While Jain will be in charge of batting and wicketkeeping at Baroda, Palshikar will be looking after the bowling and fielding departments.

ESPNcricinfo understands the Baroda Cricket Association (BCA) had formally approached Jain and Palshikar last month after non-communication on the part of Bangladesh Cricket Board (BCB) left the Indian pair without any clarity on their future with Bangladesh. The BCA finalised both appointments at its apex council meeting on Tuesday, where the decision to remove Atul Bedade as the head coach was also taken, “considering the sensitivity” of the sexual-harassment allegations levelled at him by the players which had led to his suspension in March.

“It was a [conscious] decision by the Association and the management to bring in female coaches in Anju Jain and Devika Palshikar for the women’s team of Baroda,” Rajkuvardevi Gaekwad, the Baroda women’s selection committee chief, told ESPNcricinfo. “Besides, we had been trying to rope in Anju for the past three years and were on the verge of finalising our talks with Devika in 2018, when the evening before she was due to hear from us, the BCB confirmed her appointment, so our plans never worked out. This time they did, and we are happy that we could get such vastly experienced coaches as Anju and Devika on board for specific disciplines.”

Under Jain and Palshikar, Bangladesh lifted their maiden multi-team title, in June 2018, by defeating heavyweights India at the Women’s Asia Cup final in Kuala Lumpur. However, they failed to win any matches in the T20 World Cups in 2018 and 2020. The coaching staff were due to be part of a review meeting with the BCB officials after the last edition in Australia but, according to Jain, they have not yet heard from the board.

“Before we – Devika, Kavita Pandya [the trainer], and I – returned to India, we spoke to the BCB CEO [Nizamuddin Chowdhury], who had kindly agreed to hold a meeting with us and other board officials about our performance at the World Cup because we, as the coaching and support staff, needed to address to a few concerns from our side and they, too, needed to have their internal meeting, which sounded fair enough,” Jain said. “But, unfortunately, we never had that meeting nor did we get any clarity from the board [about our future with the Bangladesh team].

“It has, however, been a positive and learning experience working with the players because they have been pretty open to the changes we tried to bring about in training and practice; they have given their best.”

The BCB, meanwhile, is understood to not have been keen on renewing Jain and Pashikar’s contracts although there has been no official announcement from the board yet. The fate of Pandya, too, remains unclear.

“Their contract with the BCB ended in March and had no obligation or commitment with us,” Touhid Mahmood, the women’s wing manager of the board, said. “They didn’t contact us, and we learnt about it (their new job) through the media. Our process of looking for a new coach is in place, but we have been slowed down by the current [Covid-19] pandemic.”

Jain and Palshikar, whose previous coaching stints on the domestic circuit were with Vidarbha and Goa respectively, underlined that their job at Baroda has to start with creating an environment of trust in the wake of the allegations around Bedade.

“I’ve been a firm believer that appointment of coaches — for men’s or women’s teams — has to be based on merit and passion, not gender,” Jain said. “That said, there’s no denying that given it’s unfortunate what’s happened, our work with the Baroda girls would begin with rebuilding the trust there should be between a coach and his or her players because that’s key to any team’s performance.”

Palshikar echoed Jain, adding that their appointments could also offer an evolved perspective on prevailing gender-biases around coaching in India. “I think for a coach as respected as Anju di and my being approached as a unit and coming together [to train a domestic side] after our time with a national team should help administrators and players [in India] look past any debates [inclined towards favouring male coaches] because of the gender factor. Labelling all male coaches as [morally] bad for women’s teams because they are ‘male’ is as unreasonable as labelling women’s coaches as being incapable or inferior to men because of their gender. Prevalent as the latter outlook especially is, both need a re-look into.”

With additional reporting by Mohammad Isam