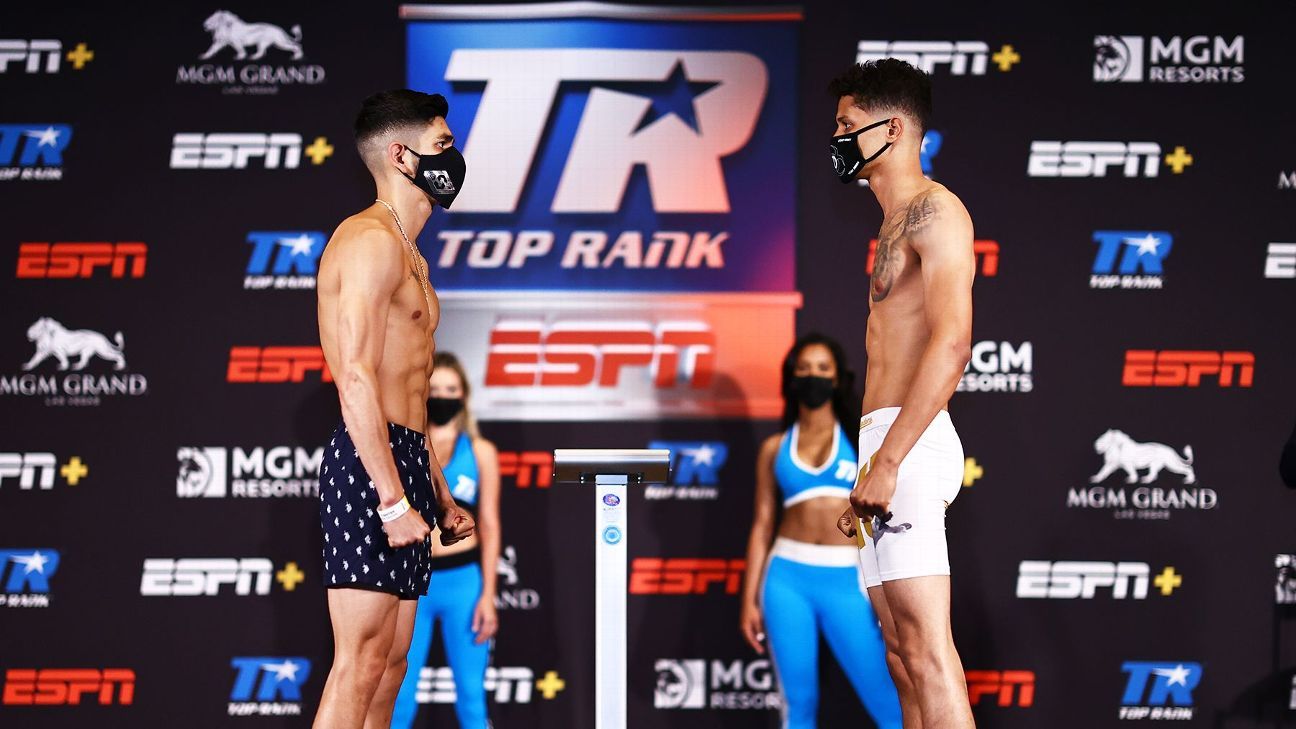 But before that, a few good prospects will showcase their skill on the undercard.

Top Rank Boxing is on ESPN and ESPN+. Subscribe to ESPN+ to get exclusive boxing events, weigh-ins and more.

In the opening bout of the night, middleweight Isiah Jones earned a six-round majority decision over the previously unbeaten Donte Stubbs by the scores of 57-57, 58-56 and 59-55.

Jones (9-2, 3 KOs) — who lost a decision two weeks ago against Nikoloz Sekhniashvili — boxed from the outside for most of the fight, while Stubbs (6-1, 2 KOs) was in the center of the ring as he came forward and threw the more forceful punches. But neither man ever really gained control of the bout. Exchanges were rare, and neither man was hurt in this contest.

At the end, Jones outlanded Stubbs 53-44 in total punches to get his hands raised in victory.