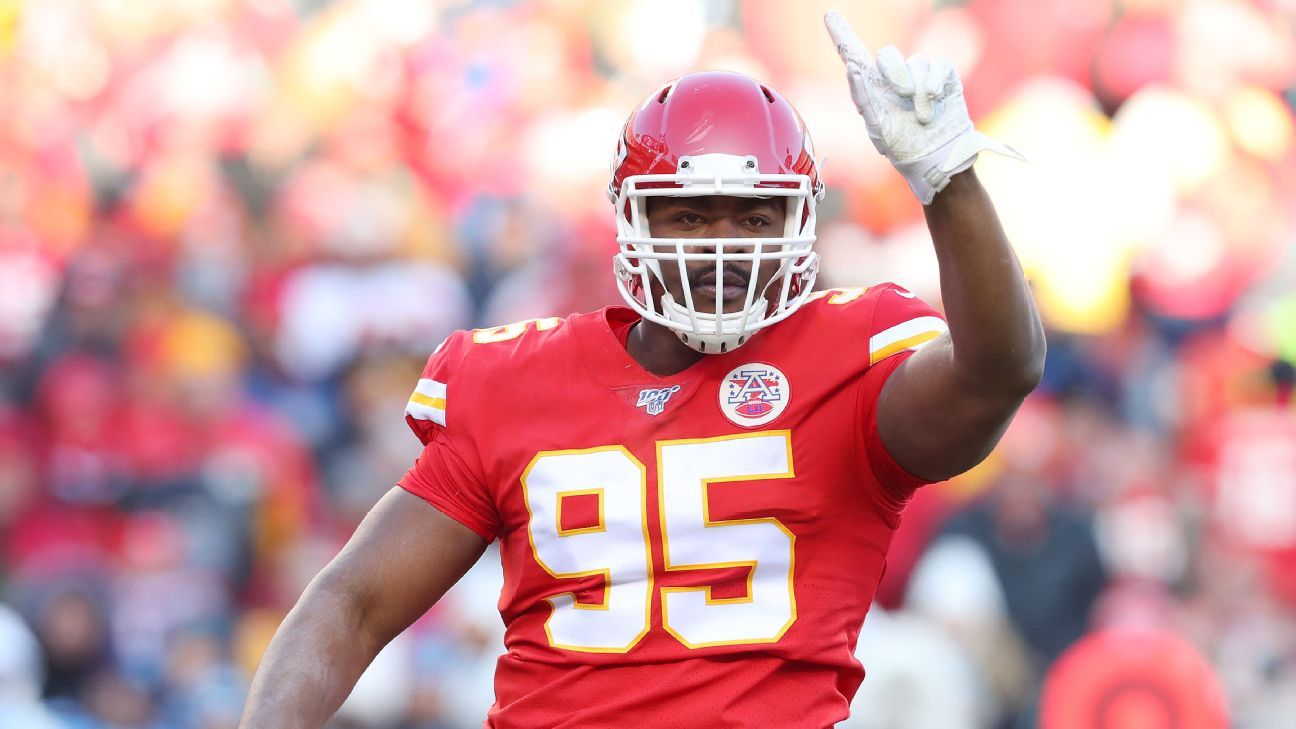 
Chris Jones is hinting at the possibility of holding out as the wait for a deal continues between the Kansas City Chiefs and their franchise-tagged defensive lineman.

Jones, replying to an NFL Network video regarding his contract situation, tweeted Tuesday night that not playing in 2020 was an option, bringing up running back Le’Veon Bell‘s 2018 holdout with the Pittsburgh Steelers.

Or I won’t play. @LeVeonBell told me about this

The Chiefs used the non-exclusive franchise tag on Jones in March. They still have until July 15 to reach a long-term contract, but Jones has yet to sign the tag, which would pay him $16.1 million next season.

Barring a long-term deal with the Chiefs, Jones is set to be an unrestricted free agent after the season.

Bell missed the 2018 season after declining to play for the Steelers when they used the franchise tag on him for the second straight year. He signed with the New York Jets in the next offseason.

The running back showed support for Jones in a tweet Tuesday, writing “@StoneColdJones knows what he doin, trust.”

This isn’t the first time Jones has hinted about issues with his future in Kansas City. After the Chiefs won Super Bowl LIV, he said he wanted to be a “Chief for life” and planned “to stay here forever.” But days before the Chiefs used the franchise tag, Jones tweeted, “hope that they know that I love em but, all good things must come to an end….”

Jones didn’t participate in the Chiefs’ offseason practices and workouts in 2019, hoping to get a contract extension.

He reported to training camp on time and ranked third in the NFL last season with 15.5 sacks. Jones had a key play in the Chiefs’ Super Bowl LIV win, pressuring San Francisco 49ers quarterback Jimmy Garoppolo and forcing an interception.

Information from ESPN’s Adam Teicher was used in this report.