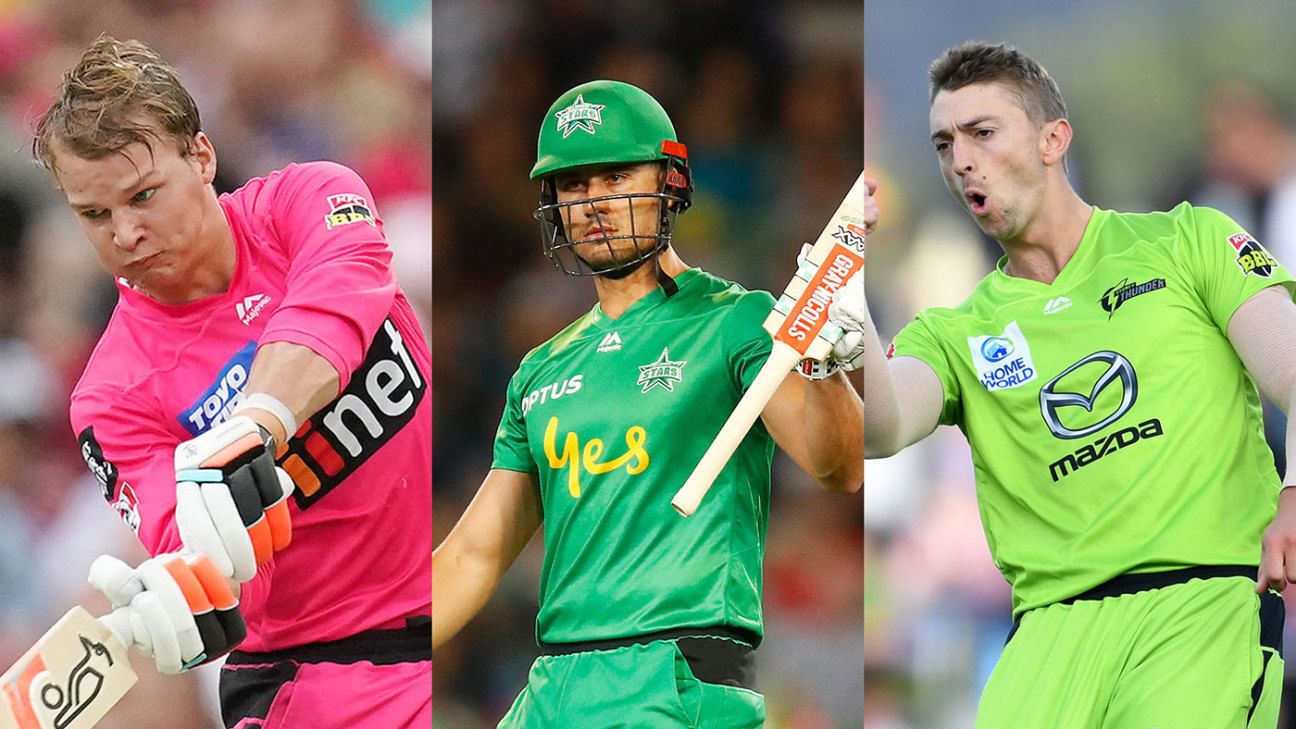 
Australia have begun making plans for a possible limited-overs tour of England in September by naming an expanded 26-player training squad. As is the case with the enlarged squads required in the current climate there are some interesting names thrown into the mix. Some experienced players have been given hopes of a recall while Trevor Hohns, the national selector, said there was also an eye on the future.

This time last year Khawaja had not long seen his World Cup ended with a hamstring injury which brought a high-scoring return to the one-day side – 1085 runs at 49.31 since January 2019 – to an abrupt end. A month later he lost his Test place during the Ashes and has not featured for Australia since, a difficult year compounded when he lost his central contract in April. However, earning a place in this expanded squad suggests he could still force his way back. He is seen as a natural cover at the top of the order in ODIs should Aaron Finch, David Warner or Steven Smith suffer injury.

He has not played since enduring a poor World Cup in England last year and, like Khawaja, has lost his CA deal. It felt quite telling when he was not recalled earlier this year for the T20I series in South Africa despite a record-breaking BBL for the Melbourne Stars where he scored 705 runs at 54.23. One of the issues he faces is the squeeze for top-order positions in the T20 side which has enjoyed an impressive run over the last 18 months and he has been pushed out of the one-day team by Australia’s tactic of playing five frontline bowlers plus the return of Mitchell Marsh. He recently secured a CPL deal with the Barbados Tridents but it remains to be seen if he still takes up that stint.

One of the rising stars of Australian batting, it does not feel like it will be long before Philippe graduates to national honours despite the clamour for batting places. He was recently named-checked by Finch when he was asked about players for the future when he spoke of planning for the 2023 World Cup. Last season he produced a match-winnings in the Big Bash final for the Sydney Sixers, a performance in a pressure situation that has been noted.

The left-armer who plays for New South Wales and the Sydney Thunder could be considered something of a later developer at the age of 27. He was the leading wicket-taker in last season’s BBL with 30 scalps – eight more than the next best – to push his name into the frame for Australia selection. Also has the ability to be a powerful striker with the bat although the runs dried up in last season’s BBL where he made just 55 runs from 15 innings at 4.58.

A right-arm quick for Tasmania and the Hobart Hurricanes, Meredith has produced some blistering spells in his young career, particularly standing out in the T20 format although his 2019-2020 BBL was truncated by a side strain and he didn’t played domestic cricket again after early January. He has already been regularly endorsed by Shane Warne as someone who should play for Australia.

It has been a long time since Tye bowled in a competitive fixture: October 23 last year. Shortly after that he injured his elbow during training ahead of the T20I series against Sri Lanka which would rule him out of the entire BBL season with Perth Scorchers. Last month he dropped off the Western Australia contract list, effectively making him a freelance T20 player, but a spot in this squad shows he retains a chance of being part of Australia’s T20 plans.

Some who didn’t make it

Jhye Richardson has played just once for Australia since dislocating his shoulder in Sharjah last March and is again sidelined following further surgery during the winter. Jason Behrendorff, the left-armer, also remains out of contention following the major back surgery he had last year.

Other players who have represented Australia in white-ball cricket over the last 12 months but don’t feature in this squad are Peter Handscomb, Ashton Turner, Shaun Marsh, Nathan Coulter-Nile and Billy Stanlake.