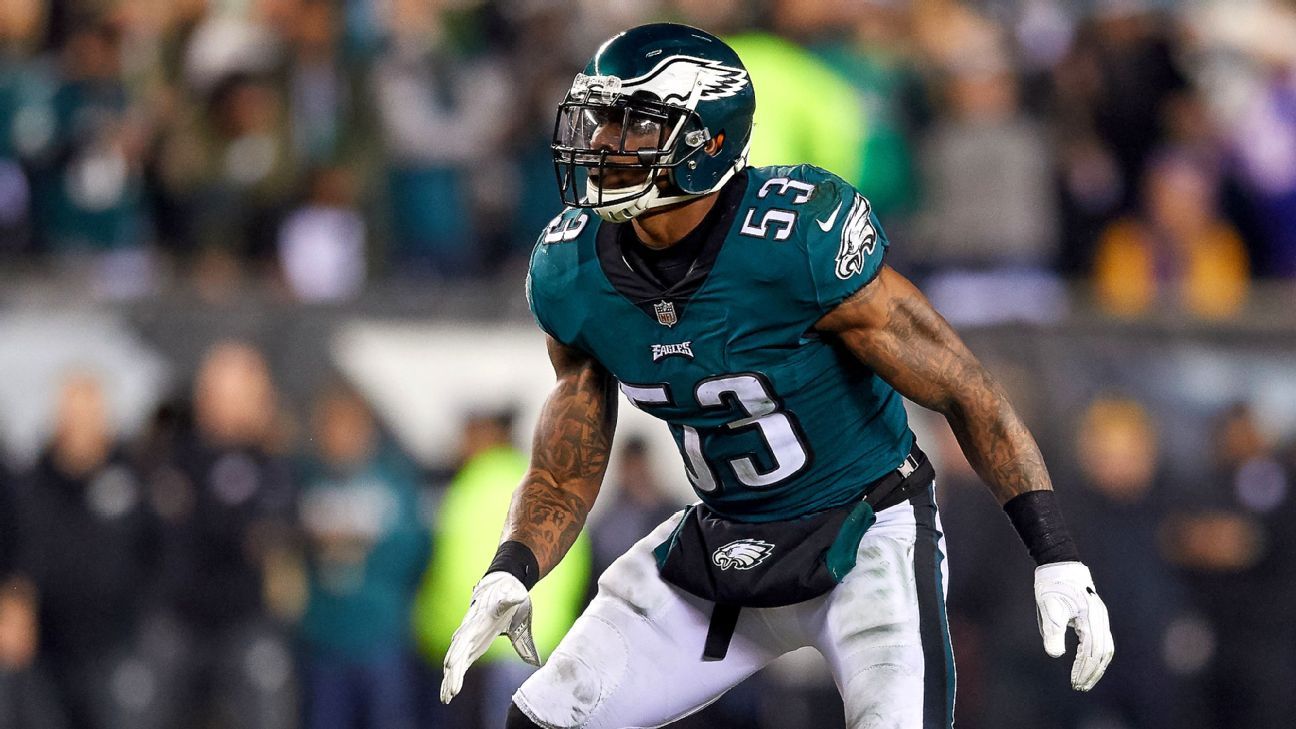 The Eagles released Bradham on Feb. 19 after he had spent four seasons with the team.

Linebacker is one of the few questions for the Saints after they let veteran A.J. Klein leave in free agency. The battle for the No. 2 and No. 3 jobs alongside first-team All-Pro Demario Davis is wide open, and Bradham should be very much in the mix.

Veteran Kiko Alonso tore an ACL in January, which leaves his status in doubt to start the season. And rookie third-round draft pick Zack Baun will have to quickly get up to speed in this abbreviated offseason after primarily serving as an edge rusher at Wisconsin.

Veteran Alex Anzalone and Craig Robertson are also in the mix at linebacker for New Orleans, which has had the NFL’s best run defense over the past two seasons combined (allowing just yards 85.8 rushing yards per game).

Originally a fourth-round pick of the Buffalo Bills in 2012, Bradham, a Florida State product, signed with the Eagles in 2016 and became a key component of coordinator Jim Schwartz’s defense, averaging 96 tackles over his first three seasons in Philadelphia.

He was slowed by an ankle injury last season, however, totaling 61 tackles and an interception over 12 games.

Also Thursday, the Saints agreed to a deal with veteran wide receiver Bennie Fowler, a source confirmed, pending COVID-19 testing and a physical. Fowler’s agreement was first reported by NewOrleans.football.

Fowler, 29, spent his first six seasons with the Denver Broncos and the past two with the New York Giants as a backup/special-teamer. The 6-foot-1, 212-pounder has 95 career catches for 1,090 yards and six touchdowns.

He will compete for a roster spot in a crowded position group with New Orleans.

ESPN’s Mike Triplett and Tim McManus contributed to this report.

Tiger Woods has work to do and not a lot of time to do it after PGA Championship
Saying farewell to my mentor, Pete Hamill
Valtteri Bottas fastest in first practice at Silverstone
BCCI invites applications for IPL title rights
IPL 2020: CSK, KKR to carry 10 exclusive net bowlers to UAE