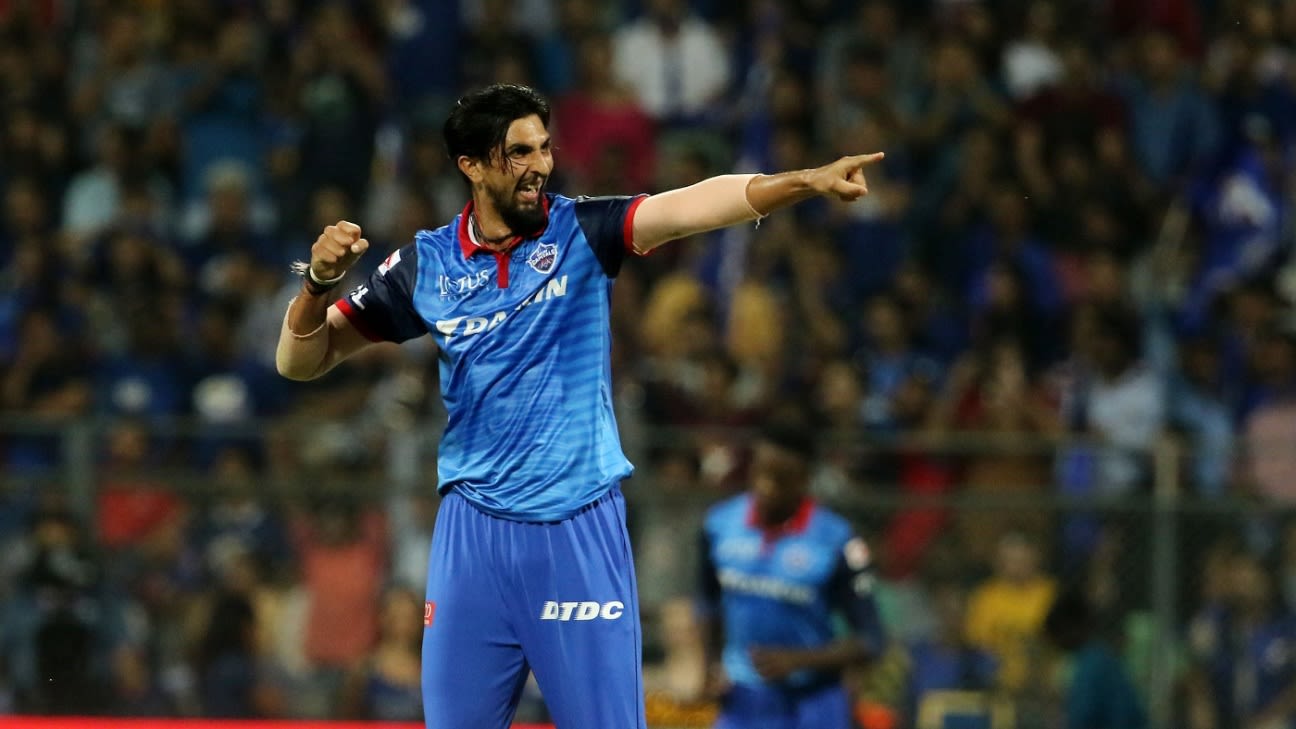 
Ishant Sharma has played more Tests for India than any pace bowler bar Kapil Dev, and looks set to join him in the 100-Tests club if India’s tour of Australia, scheduled towards the end of the year, takes place. However, Sharma has played only 80 ODIs, the last of which came in January 2016. He hasn’t given up on the 50-overs format though, and is still eyeing a spot in a World Cup squad, having never played in the tournament before.

“Obviously, I would love to play in a World Cup,” he said in an interview with ESPNcricinfo, talking to Deep Dasgupta in an episode of Cricketbaazi. “Actually, I want to be part of a World Cup-winning team, as it will be a different feeling altogether. We are playing the World Test Championship, which is equivalent to a World Cup in Test cricket, but you realise that not a lot of people follow it, while an ODI World Cup is widely followed.”

In Tests, Sharma has 297 wickets in 97 games at an average of 32.39, and has sometimes been criticised for a relatively high average. He’s close to 300 Tests wickets, but in that 300-wicket club, only Zaheer Khan, Harbhajan Singh and Daniel Vettori have a higher average. Till 2017, Sharma was averaging 36.55 from 79 Tests, but a stellar last two years have lifted his stats. The pace bowler, who will turn 32 in September, said that the stats had never bothered him, so long as his communication with the captain was on point.

“MS Dhoni (the captain when Sharma’s numbers were middling) always backed me,” Sharma said. “Even after my first 50-60 Tests, he never said we’ll look for someone to replace you. To tell you the truth, even after playing 97 Tests, I still don’t understand things like average and strike rate! I’ve never bothered about these things. If I’m not able to understand them, why should I rely on them? It’s just a number after all. If I am bowling in India and the captain tells me to bowl in a way that I concede only 40 runs in 20 overs and that the spinners will take care of picking up wickets, that’s what is important to me. It doesn’t matter to me that my bowling average is around 37. My communication will be with my captain and that’s why Dhoni backed me.”

Sharma identified a one-day match that led to a change in his approach, against Australia in Mohali in October 2013. India had put up 303 for 9, a target Australia hunted down with three balls to spare and four wickets standing, riding on James Faulkner’s 64* off 29.

“The turning point of my life came in 2013. Faulkner hit me for 30 runs in one over in an ODI in Mohali that Australia went on to win,” Sharma said. “At that time I felt I had betrayed myself and my country. For two-three weeks, I didn’t speak to anyone. I cried a lot. I am a very tough guy. My mother says she hasn’t seen a tougher person than me. [But] I called my girlfriend and cried on the phone like a child. Those three weeks were like a nightmare. I stopped eating. I couldn’t sleep or do anything else. You switch on the television and people are criticising you, which messes you up even more.

“I laugh about it now and I consider it a blessing in disguise. Sometimes you need a jolt to understand your passion. After the Faulkner incident, I went through major changes in my life. After 2013, I started taking things seriously. Before that, if I had a bad performance, people would come and tell me ‘It’s okay, it happens.’ But after 2013, if someone came to me and said that, I wouldn’t listen. If I have made a mistake, I have made a mistake. I started taking responsibility for my actions. When you do that, you play every match to win it for the team.”