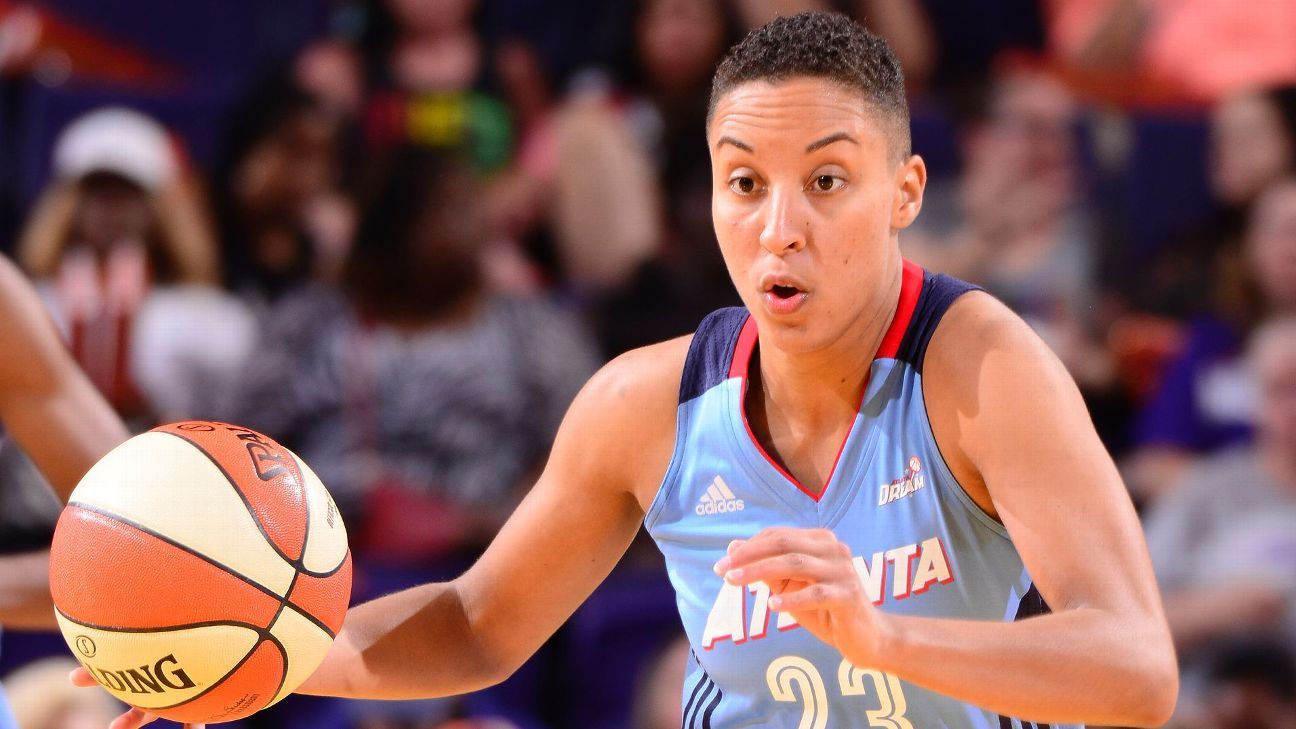 Last month Loeffler wrote a letter to WNBA commissioner Cathy Engelbert objecting to the league’s promotion of Black Lives Matter — which is painted on the courts at IMG Academy in Bradenton, Florida, where the league is holding its return — and advocating instead for teams to add American flags to jerseys.

Elizabeth Williams, a forward on the Atlanta Dream, told ESPN that the league’s executive committee began exploring the shirt idea as a response to Loeffler’s statements, because “for effective change to happen, there has to be policy changes. And so if we’re going to sit here and talk about wanting justice reform, part of that is making sure that we have officials in office that understand that.”

Williams said that the Dream and other players have made a coordinated effort not to discuss Loeffler or her statements in recent weeks, and instead focused on how they could best support a candidate they felt better represented their political views.

“I think when all this stuff started happening with her, we didn’t want to feel like we were pawns,” Williams said. “We can only control so much about what the league does [in regard to Loeffler], and so for us, we wanted it to be bigger than that.

“That’s kind of been the theme of this season. So we wanted to make sure we could still keep the focus on our social justice movement, and funny enough, Rev. Warnock is somebody who supports everything that we support and just happens to be running in that seat. So it just worked out really well.”

Bird told ESPN that participation in the campaign to support Warnock is voluntary and that all players have discussed the idea over Zoom calls while at IMG Academy, where the WNBA season resumed in late July.

“This was a situation where given what was said in regards to the owner of Atlanta, and how, basically, she came out against a lot of what the women in our league stand for, I think was emotionally tough for a lot of the women in our league to hear that,” Bird said. “But very quickly we started to realize that this was only happening for her political gain. This was something that she wanted. And the more noise we made, whether it was a tweet saying to get her out, that was just playing into her hands.

“I’m not some political strategist, but what I do know is that voting is important. And I think our league has always encouraged people to use their voices and to get out and vote.

“So, what a great way for us to get the word out about this man, and hopefully put him in the Senate. And, if he’s in the Senate, you know who’s not. And I’ll just leave it at that.”

Last month, Loeffler told ESPN that she feared that the WNBA’s public support for the Black Lives Matter movement could drive some fans away.

“I think a lot of people feel that they may not have a place,” Loeffler said. “They may feel excluded from this sport and other sports that make them feel like American values aren’t at the core of what we’re doing here.”

She also contended that there is a difference between saying “Black lives matter” and the organization Black Lives Matter.

“I think we all agree the life of every African American is important,” Loeffler said. “There’s no room for racism in this country, and we have to root it out where it exists. But there’s a political organization called Black Lives Matter that I think is very important to make the distinction between their aim and where we are as a country at this moment.

“The Black Lives Matter political organization advocates things like defunding and abolishing the police, abolishing our military, emptying our prisons, destroying the nuclear family. It promotes violence and anti-Semitism. To me, this is not what our league stands for.”

Warnock released a statement through his campaign Tuesday, saying that he was “honored and humbled by the overwhelming support from the WNBA players. This movement gives us the opportunity to fight for what we believe in, and I stand by all athletes promoting social justice on and off the court.

“Senator Loeffler and those like her who seek to silence and dismiss others when they speak up for justice have planted themselves on the wrong side of history. We are in a moment of generational, transformative change, and there is no place in that movement for bigotry. We celebrate the courage and resolve of these players standing for justice, and I am proud to stand with them.”

Later Tuesday, Loeffler followed up with a statement of her own, saying, “This is just more proof that the out-of-control cancel culture wants to shut out anyone who disagrees with them. It’s clear that the league is more concerned with playing politics than basketball, and I stand by what I wrote in June.”

Following the Dream’s 81-74 loss to the Phoenix Mercury on Tuesday night, the players’ decision was a primary talking point.

“We definitely decided to wear it because he’s for Black Lives Matter,” guard Chennedy Carter said. “He supports the league and the movement, and we support him. We’re voting for Warnock.”

“He’s just somebody that also supports the Black Lives Matter — the movements that the WNBA is standing behind this year,” she said. “So this is somebody that we’re supporting as well.”

Also on Tuesday, the Seattle Storm defeated the Connecticut Sun 87-74. After the game, several members of the Storm spoke about their feelings amid the process.

“What we’re trying to do is first educate ourselves and then educate everyone else. Initially, this kind of came from Sue — vote for Warnock. We had an opportunity to be on two separate Zooms with him and see what he stands for and what he’s fighting for,” forward Breanna Stewart said. “I think he’s someone who’s fighting to create change and fighting to be on the right side of things. Obviously I’m not voting for Georgia, but continuing to use my platform to help with that — but I did vote today, just want to let you know.”

Guard Sami Whitcomb concurred, saying the players “are very concerned with leadership in this country and people that we want to be representing us and the morals that they represent. I think [Loeffler has] proven that she doesn’t represent us, she doesn’t represent our voices — not in this league, not in the community. Rev. Warnock does, so we’re putting our support behind him because of the person that he is and the type of legislation that he stands for. You can call it politics. We call it supporting the human race and morals.”

Seattle guard Jordin Canada added that this “is bigger than basketball. We’re more than athletes. To have someone in our league that doesn’t represent or support African Americans, who are 80% of our league, is disheartening, honestly, and sickening.”

Former Dream player Layshia Clarendon, who has written and spoken out about Loeffler’s comments, was also heavily involved in the planning of the WNBA players’ campaign.

“It’s important for us to support voting and the overall campaign to flip the Senate,” said Clarendon, who now plays for the New York Liberty. “We want people in office who support the same values and morals as we do. Rev. Warnock is pro criminal justice reform, for LGBT+ rights, and pro choice/reproductive rights. Those are the kind of people we want representing us, because that’s what our league stands for.”

ESPN’s Holly Rowe and Kevin Pelton contributed to this report.