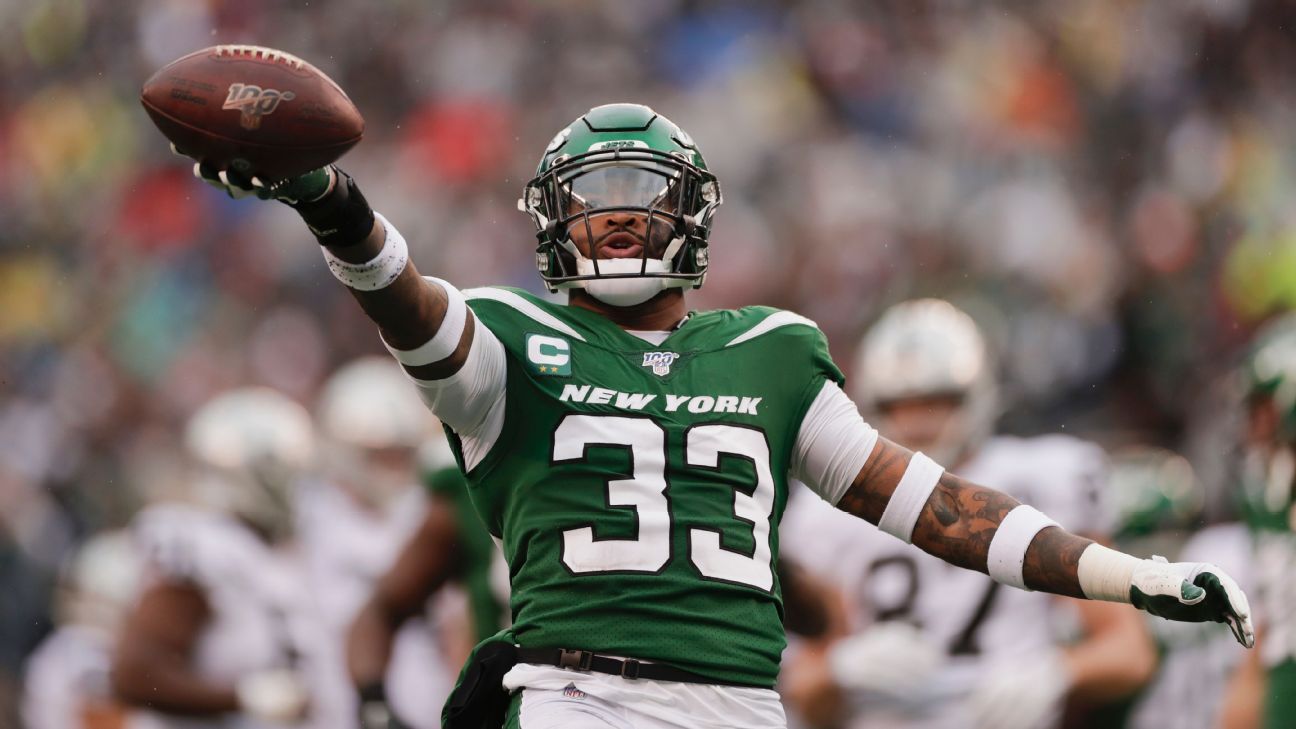 As Jamal Adams’ time with the New York Jets was nearing its end, one NFL talent evaluator made a bold prediction, saying the Seattle Seahawks would have the league’s best secondary if they were to land the All-Pro safety.

Even if it isn’t the second coming of the Legion of Boom, this group has the potential to be a force in a way it hasn’t been since Richard Sherman, Kam Chancellor and Earl Thomas III last played together early in 2017. What was a question mark at the beginning of the offseason now looks like a strength with the acquisition of Adams following that of Quinton Dunbar, who won’t face charges in his armed-robbery case.

Left cornerback Shaquill Griffin made the Pro Bowl as an alternate last year following a down season in 2018, a bounce-back the Seahawks hope Tre Flowers can replicate for however many games he might have to step in for Dunbar on the other side. Quandre Diggs was a difference-maker at free safety after arriving in an October trade with the Detroit Lions. Marquise Blair has starting-caliber talent but will share nickelback duties with Ugo Amadi, a fellow 2019 draft pick.

With two Pro Bowls and a first-team All-Pro selection in three NFL seasons, Adams’ pedigree is on a different level.

“There’s so many things that he does well that we’re excited about fitting that together as we move forward,” coach Pete Carroll said last week. “It doesn’t seem like uncharted territory for me at all because I’ve been very fortunate and have coached some really, really good safeties over the years, and I see traits of Jamal in all of those guys. He can do everything that we want a guy to do.”

Carroll cited Hall of Famer Troy Polamalu, whom he coached at USC, as a good comparison for Adams, their dissimilar physical profile aside.

“There’s some real similarities,” Carroll said. “Forget the stature part of it, the way they look. It’s the nature that they play with is similar. They play with such amazing confidence that when they see things, they go get things.”

The feeling inside the Virginia Mason Athletic Center is that Adams is a better player than Chancellor and Thomas, which is saying something given Thomas’ Hall of Fame trajectory. With two career interceptions, he’s not a ballhawk like Thomas, nor is he as big of a thumper as Chancellor (few are), but the Seahawks see Adams as more athletic and better in coverage than Chancellor while being the most versatile of the three given his ability to match up on speedy tight ends and get after the quarterback as a blitzer.

Taking advantage of Adams’ pass-rushing skills will be part of their plan to be more aggressive in creating pressure. His 6.5 sacks with the Jets last season were 2.5 more than any Seahawk recorded on the way to only 28 as a team.

“Perfect fit for their D,” a talent evaluator from another team said of Adams, adding that he gives the Seahawks the Chancellor-type presence they’ve been missing.

The same evaluator described him as tough, a great leader and a tone-setter, which illustrates another reason the Seahawks thought highly enough of Adams to justify the two first-round picks (and then some) they parted with to acquire him: the impact they feel his personality can have in their locker room.

There was a ruthlessness that defined the Legion of Boom as much as talent. Brandon Browner, once the NFL’s most physical cornerback, welcomed Terrell Owens to training camp by driving the future Hall of Famer into the turf, then stepping over him with an Allen Iverson-like punctuation. Sherman shied away from no one and would tangle with anyone in practice, even his best friend, Doug Baldwin. Thomas was so intense that he hardly cracked a smile during a 2013 press conference celebrating his record contract extension. Chancellor was one of the league’s most feared players, a team captain and a tone-setter on the field and in the locker room.

The Seahawks have gotten away from those types of strong personalities, perhaps out of overcorrection. It doesn’t seem like a coincidence that, after messy divorces from Thomas and Sherman, Carroll and general manager John Schneider have recently shown more of an inclination to players who are easier to manage. While that might have meant fewer headaches, the Seahawks feel their locker room has lost some of its edge.

Jeremy Fowler polled a panel of more than 50 coaches, execs, scouts and players to come up with top-10 rankings for 2020:

Adams gives them what they’ve been missing in that regard — a dominant personality whose presence will elevate their younger defensive backs.

Carroll, who’s experienced both edges of the alpha-male sword, said a deep dive into Adams’ background gave the Seahawks confidence that he would fit into their locker room and coexist with their coaching staff. Adams publicly criticized coach Adam Gase during his contract dispute with the Jets.

“Just watch him play,” Carroll said. “Watch the juice that he brings. Watch the energy that he feels in playing this game that he loves and how that affects the people around him.

“You could see him be all fiery and interpret that like he’s being selfish or like he’s being overly outgoing or whatever — c’mon. This guy loves what he does and he cares so much that the passion just exploded out of him at times, which is exactly what you’ve seen in players that we’ve had in our program for years. So to have a chance to add that to our team, forget all the playmaking stuff. It’s that element of mentality that I’d love to add so that Bobby [Wagner] gets to play with a guy like and that [Jarran] Reed gets to play with a guy like that and Bruce [Irvin], and they’ll all feed off of each other.”

Breonna Taylor: Lewis Hamilton could face FIA investigation over anti-racism T-shirt
Michael Chandler signs with UFC, to back up title fight
Houston Rockets’ Danuel House Jr. booted from bubble for violating safety protocols
MLB postseason games to be played at bubble sites, beginning with division series
NBA playoffs – The Clippers’ dynasty is on the clock before it can even begin