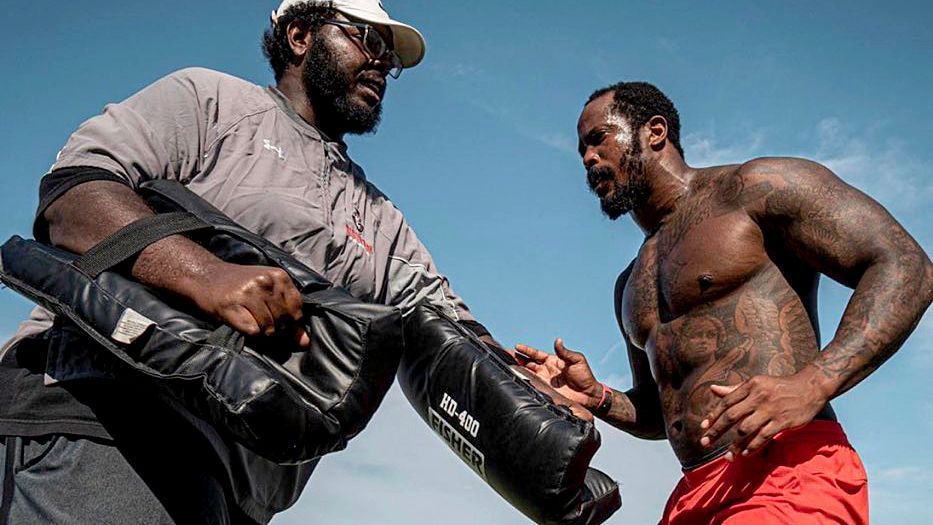 
ENGLEWOOD, Colo. — Von Miller is easily the most decorated player on the Denver Broncos‘ roster as an eight-time Pro Bowl selection, Super Bowl 50 MVP and member of the All-Decade team for the 2010s. But after missing the playoffs for the fourth consecutive year after a third straight losing season, Miller has decided he needs to make a change in how he leads the team.

The losing had been weighing on Miller when he found unexpected inspiration from a pair of basketball stars: Kobe Bryant and Michael Jordan. Bryant’s death in a helicopter accident brought to light myriad stories about his dedication to winning. The ESPN documentary “The Last Dance” did the same with Jordan, and Miller devoured all of it.

The 10-part Michael Jordan documentary “The Last Dance” is available on the ESPN App.

• Everything you need to know
• Lowe: How Pippen lifted MJ’s Bulls
• Shelburne: Kobe and MJ’s friendship
• How to replay the series

Miller has always been an important voice in the locker room, but when it came time to push harder, to ask a little more than what was being done, those duties often fell to former players Peyton Manning and DeMarcus Ware. Miller has tried to find that voice. He has always been a key figure for the team’s younger players, routinely making sure they were settling in. But he has often joked about being the Broncos’ social director and said the team had a “lot of leaders” when asked if he would step forward even more.

In recent weeks, Miller said he didn’t like what he saw on the field from himself last season — his first sub-10 sack season since 2013 — or the team.

“I know he’s worked extremely hard,” Broncos coach Vic Fangio said. “I do sense that he’s got a hunger to his game, and to his attitude, that I don’t think he’s had the last few years in the league.”

Given the Broncos are in the early stages of their first on-field work of the offseason because of the restrictions from the COVID-19 pandemic, Miller has posted on social media a steady diet of his workout photos and videos to outline what he has been doing to make 2020 different.

He has also sent to some of his teammates a steady diet of videos on leadership and success from prominent athletes in other sports.

“I would always appreciate him doing that because they were different things,” wide receiver Courtland Sutton said. “There was one that he sent about pressure and how these great athletes deal with pressure: Derek Jeter, Michael Phelps, Tiger Woods, all of these great athletes who have been in these pressure, adverse situations. The way they handle it — they never look at pressure as something that they don’t want to go through. They look at pressure as — some people look at is as a gift.”

Miller understands this new mentality can’t be just training camp rainbows and sunshine. He has to live it every week of the season and into the next season until he retires.

“I want that pressure,” Miller said. “In years before, I kind of shied away from that person — [I said,] ‘I’m going to lead in my own way. I’m a team guy, I’m a people’s guy and I want to do what my guys want me to do, and I’m going to be a fun leader.’ But this offseason, I did a little research and found out that I want the pressure because pressure is privilege. Here with the Denver Broncos, we always have the pressure of being a great team. I want that.”