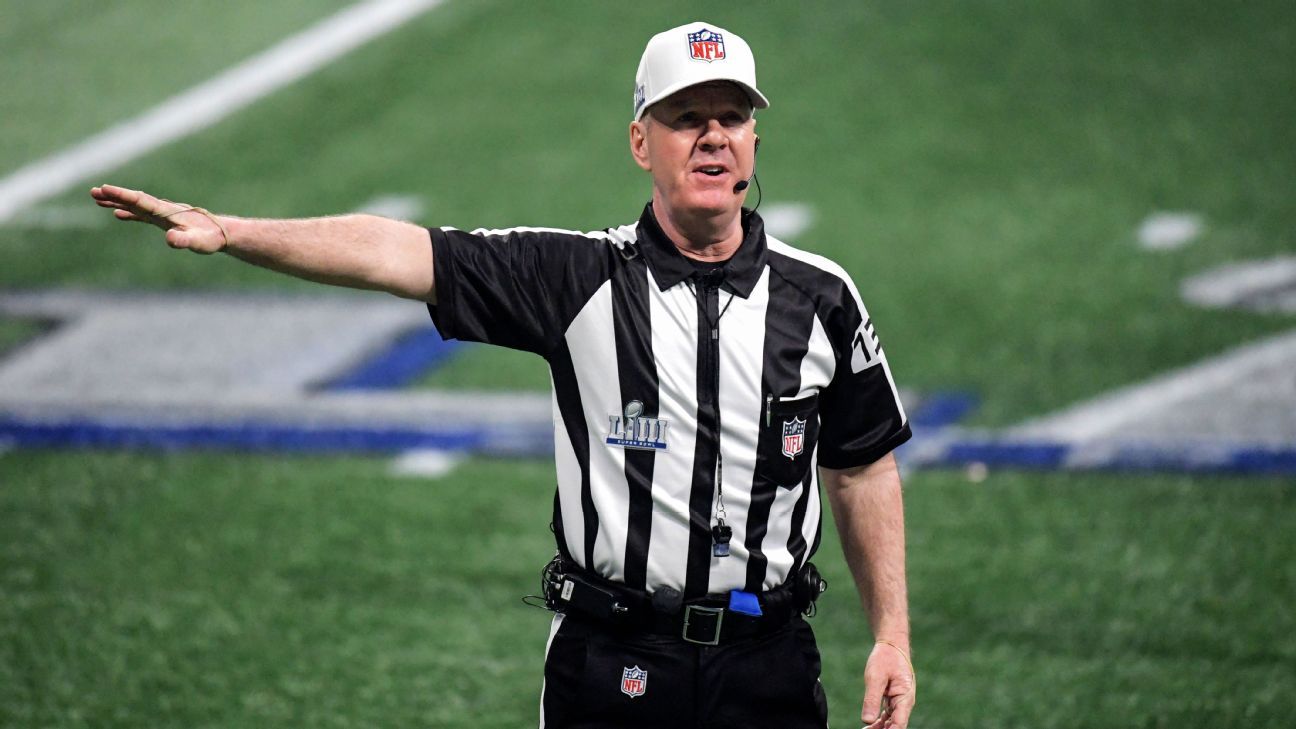 
Offensive holding penalties in the NFL plummeted to their lowest Week 1 total in at least 20 seasons, an unexpected drop that was noticeable throughout the league’s first weekend of games.

The NFL did not immediately respond to a request for context on the drop. And while it helped smooth over the league’s quality of play after an abridged training camp and canceled preseason, the trend is better viewed as part of a multi-year attempt to calibrate what is annually one of the most damaging fouls in the game.

The process began in Week 13 of the 2018 season, when the NFL instructed officials to step up enforcement against certain blocking techniques that they hadn’t previously penalized. The result was a one-week surge to 94 offensive holding calls, the most ever in any week that ESPN has data for.

The trend resumed at the start of the 2019 season, when the league made “lobster blocks” and other techniques a point of emphasis. Offensive holding flags increased to record numbers during the first two weeks of the season, jumping 66% percent from 2018. There were 178 such penalties in 64 games, including 82 in the first 32 games, before the NFL competition committee ordered a return to baseline numbers.

This season, the pendulum has swung initially in the other direction. The previous low in a Week 1 was 26 in 2001, the first year for which ESPN Stats & Information has weekly penalty data. As a result, there were only 199 total flags thrown in Week 1, including those that were declined or offset, the second-lowest total in Week 1 since 2001.

While it is possible that players have improved their techniques and blocking skills since the end of last season, the shift carries the same sudden hallmarks as previous pivot points in this process.

“Officials are good soldiers,” said ESPN officiating analyst John Parry. “They hear the message and they perform based on what they’ve been instructed to call. At this level, they are that good. Whatever the marching orders are, that’s how they will officiate.”