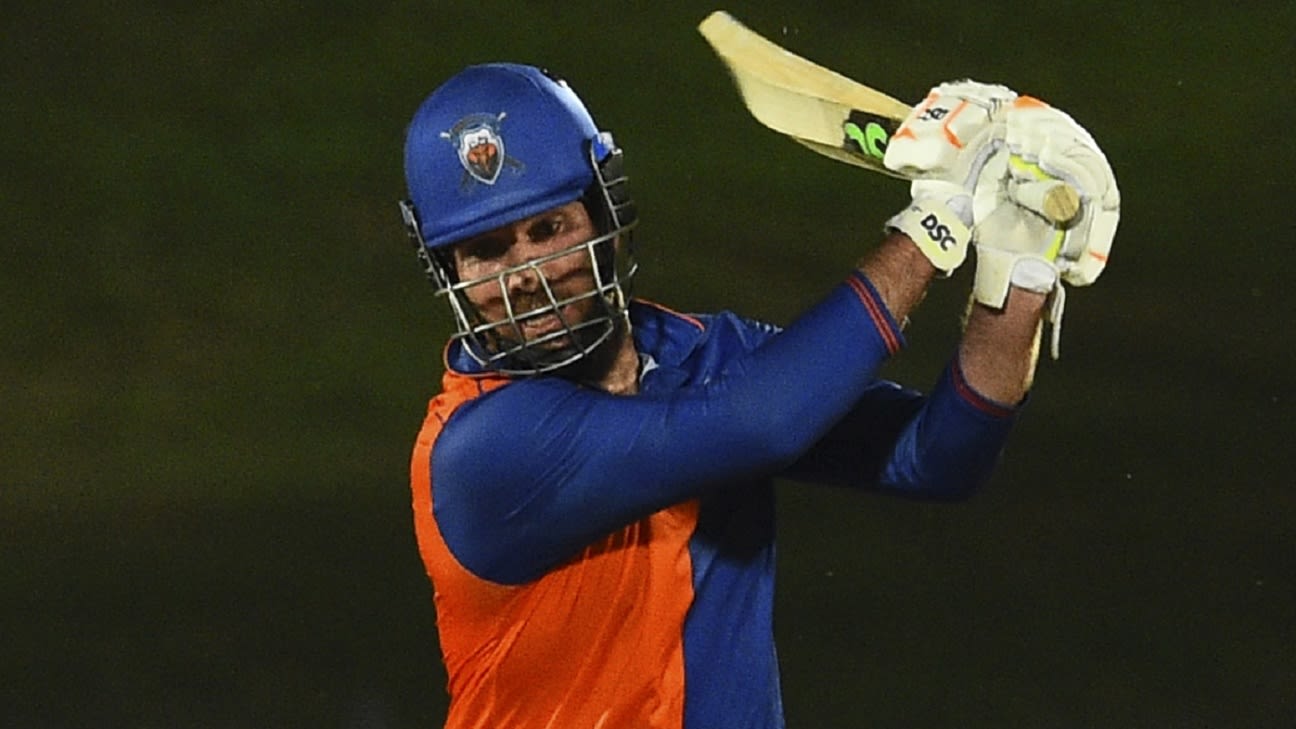 How the match played out

Kandy Tuskers had no standout players, but for the first time in the tournament, pulled together as one to put up a solid total and defend it, despite an outstanding solo effort from Galle Gladiators’ opener Danushka Gunathilaka.

Gunathilaka’s 82 off 53 balls was easily the best individual performance of the night, with only one other batsman passing 50, and no bowlers delivering standout spells. But the Tuskers had many significant contributors. Batting first, Kusal Mendis and Kusal Perera put on 75 for the second wicket off 49 balls, with Mendis going on to hit 49 off 30, striking four sixes and two fours. Brendan Taylor, playing his first innings of the tournament, made the Tuskers’ only half-century, with an unbeaten 51 off 35. Along the way, Perera made 27 off 24 and Kamindu Mendis struck 28 off 16 in a 65-run stand with Taylor.

The Tuskers eventually made 196 for 5, but perhaps might have had a tougher road had the Gladiators captain Shahid Afridi used all the bowling resources at his disposal – the fingerspin of Malinda Siriwardana and Shehan Jayasuriya not being called upon at all. Instead, Mohamed Shiraz (who had bowled a good over in the five-over game on Saturday) had a modest outing, left to deliver all four of his overs, which went for 52. Akila Dananjaya and Lakshan Sandakan were also expensive, but both picked up important wickets, Sandakan accounting for Perera and Mendis.

In response, Gunathilaka was the Gladiators’ only serious force, but his partners could never stay with him. No other Gladiators batsman breached 20. Gunathilaka struck 13 fours and a six, but because his team were losing frequent wickets, they never seemed to have the measure of the chase. Offspinner Dilruwan Perera and all-sorts slow bowler Asela Gunaratne delivered tight spells, with Nuwan Pradeep and and Naveen-ul-Haq contributing competent seam-bowling. The Gladiators fell 25 runs short, and now remain the only side in the tournament who have not yet won a match.

Gunathilaka had boundaries everywhere, but he was especially good at using the pace of the ball, hitting 47 of his runs behind the wicket, including nine of his 13 fours. He was excellent right through the innings, and he was batting so well that despite a lack of support from his team-mates, the Gladiators had a sliver of a chance right until he was run out by a direct hit from the deep from Gunaratne, in the 18th over.

Where the teams stand

Kandy have finally got themselves on the points scoreboard, but that is not that much of a surprise, as they had pushed both Colombo Kings and Dambulla Viikings in narrow defeats. The Gladiators, meanwhile, have now comfortably lost all three matches, and perhaps have a little soul-searching to do about their best combination. Their next match is on Thursday.