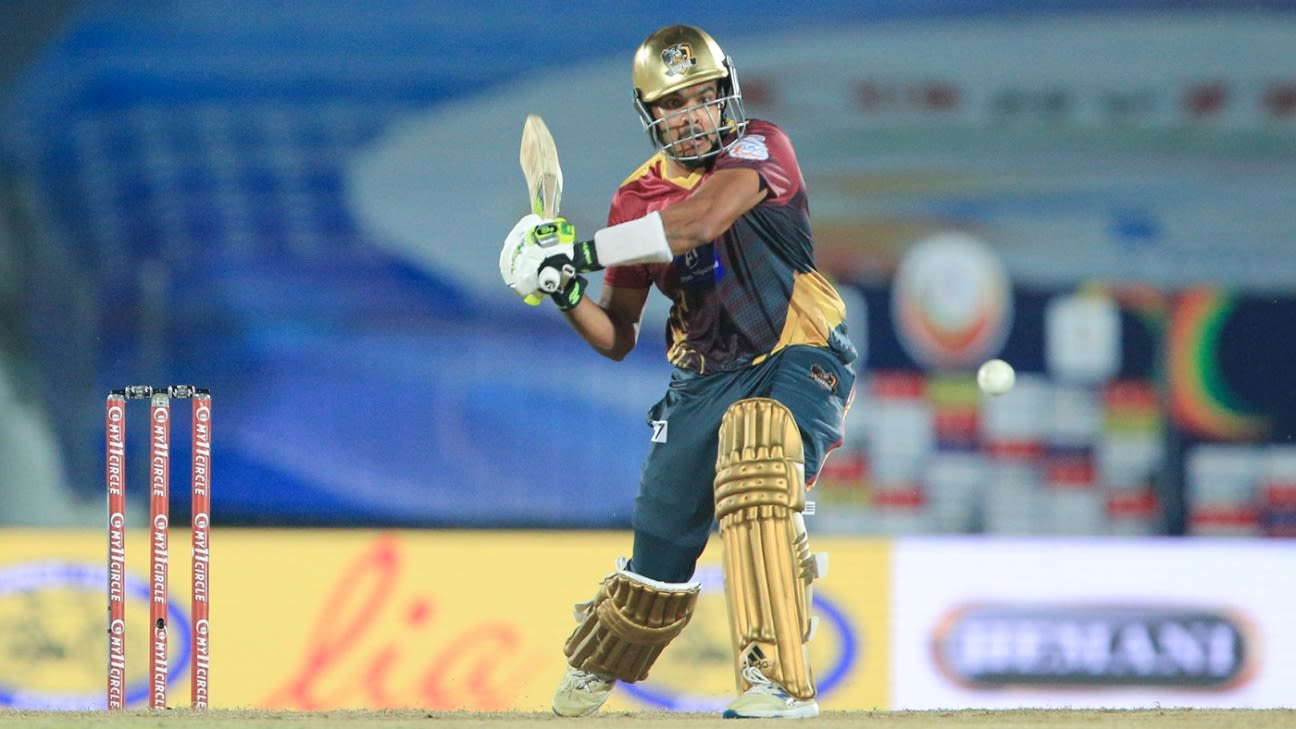 How the match played out

Kandy Tuskers had top significant top-order partnerships and never quite seemed like they were in trouble, but a total of 156 for 6 always seemed light. Kusal Mendis and Kusal Perera both produced slow-burn innings – Mendis hitting 55 off 45, and Perera 41 off 34. But although they set a solid foundation – their 58-run partnership coming off 45 balls – Tuskers were slow through the middle overs, and the they failed to explode towards the close.

Only 55 runs came in the last seven overs of the innings, as Viiking’s left-arm spinners – Samit Patel and Malinda Pushpakumara delivered cheap overs through this period. Although Asela Gunaratne and Kamindu Mendis struck the occasional boundary for Tuskers at the death, the target always seemed sub-par.

That is not to say Viiking cruised to victory. They lost Niroshan Dickwella in the first over of the chase, Upul Tharanga in the sixth over, and generally ambled through the powerplay, making just 42. Patel was out soon after, and after nine overs, the required rate had climbed to nine. But then Dasun Shanaka – Viiking’s best batsman so far – came to the crease, and Angelo Perera combined to produce the definitive partnership of the game, hitting 79 off 48 balls in each other’s company, to propel Viiking into dominance. They would both be out in quick succession, but Samiullah Shinwari and Anwar Ali took the chase home without much drama.

Angelo Perera, who had not been picked for the two first matches of the tournament, produced the kind of solid robust innings he has become renowned for on the domestic circuit. His 67 off 49 balls formed the spine of Viiking’s chase, and featured three sixes and five fours.

Adam Milne takes it one step at a time but dreams of New Zealand comeback
Joe Root passes Geoff Boycott as fluent batting form sets England agenda
Real or not – Anthony Joshua-Tyson Fury biggest fight in ’21; Floyd Mayweather-Logan Paul too much of a sideshow
Notre Dame football placed on probation for one year over recruiting violations
UFC Fight Night live updates and results: Chiesa vs. Magny