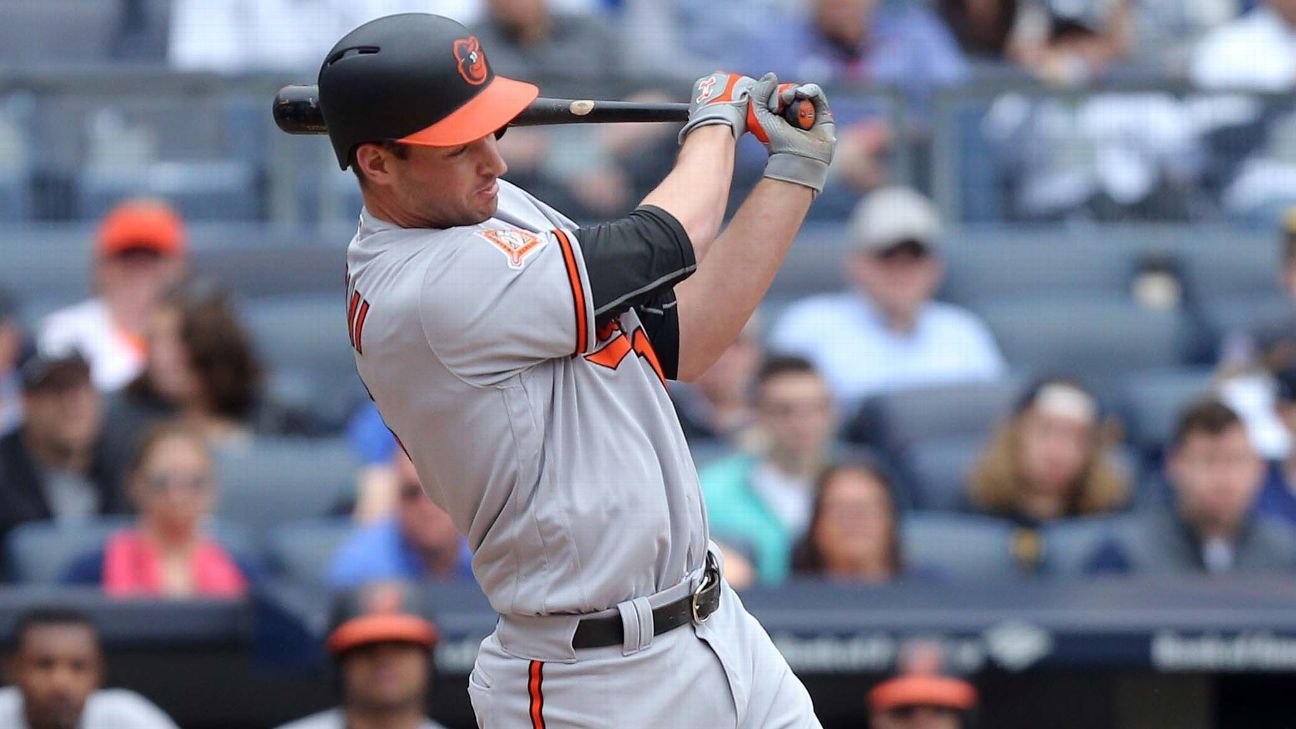 
Trey Mancini received a standing ovation and applause from both dugouts Sunday during his first live at-bat after missing the 2020 season while recovering from Stage 3 colon cancer.

When the Baltimore Orioles‘ first baseman came up in the first inning against the Pittsburgh Pirates, he drew a nice round of applause as he approached the batter’s box and waved to the crowd. The cheers kept growing, with pitcher Chad Kuhl stepping off the mound and umpire Will Little cleaning the plate to prolong the salute.

After tipping his cap in acknowledgement of the applause, Mancini then punctuated his return with a single to center.

“It was amazing,” Mancini told reporters when asked about the ovation. “I almost teared up a little bit, I’m not going to lie, when I was up there and everybody gave me a standing ovation and I saw all the guys on the field clapping on the Pirates, clapping in the dugout, our team and all our fans. It meant the world to me. It was a really, really cool moment and one of the favorite moments of my baseball career.

“I think it was a huge day for me, personally, getting back in a game. Just another kind of milestone that I can check off here.”

After producing 35 home runs and 97 RBIs for the Orioles in 2019, Mancini seemed primed for even bigger things. But after playing just five spring training games last year, he needed to end his season to have surgery for colon cancer.

“It’s almost a year to the day when I was last in a game, so it definitely felt like a moment where we came full circle a little bit,” Mancini, who turns 29 in a few weeks, said Sunday. “I thought more about everything that happened today than I have in a long time. I’ve mostly tried to in a lot of ways just move on and not think too much about last year. But today I ran through all the tough days that we had and really tried to appreciate and cherish today.”