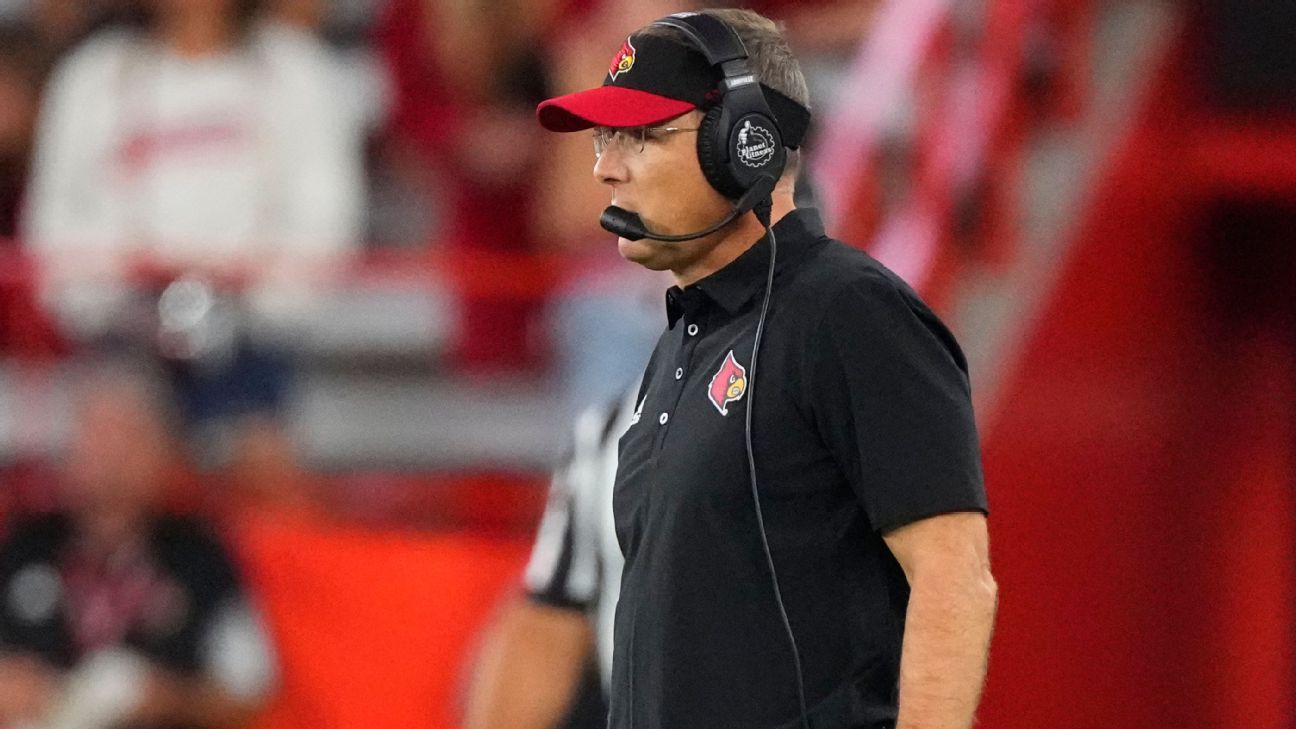 Louisville‘s Scott Satterfield has been hired to become the next football coach at the University of Cincinnati, the school announced Monday.

Terms of Satterfield’s contract were not announced, but a source told ESPN that Satterfield received a six-year deal.

The hire is a compelling one regionally, as the schools are about 100 miles apart and at various times have been conference rivals. The schools also will play each other in the Fenway Bowl on Dec. 17.

The hiring of Satterfield is a statement for Cincinnati as it enters the Big 12 next year. Satterfield takes over for Luke Fickell, the best coach in school history. Fickell took the Bearcats to the College Football Playoff in 2021 and helped elevate the program to earn interest from the Big 12.

Satterfield drew the interest of Cincinnati with the job he did building Louisville back up in the wake of a 2-10 season when Bobby Petrino was fired. Satterfield, who led the Cardinals to three bowls in the past four seasons, had emerged as one of the country’s hot young coaches while at Appalachian State.

Satterfield went 25-24 at Louisville after a 47-16 run in five years at Appalachian State. One of the appeals of Satterfield’s background to the Cincinnati brass was that he led the Mountaineers through their transition from the FCS to the FBS, with the first official year coming in 2014. The Bearcats saw the skill set needed as transferable.

“He has a calming presence,” Cincinnati athletic director John Cunningham told ESPN. “He’s been through it all. He’s also taken a school from the FCS to the FBS, which is a really tough transition. There’s time with us going to the Big 12.That’s important. He has that calm way about him during these types of moments.”

With Louisville’s job open, the speculative favorite will be former star Cardinals quarterback Jeff Brohm, who is the coach at Purdue and just led the Boilermakers to the Big Ten title game.

For the bowl game, Louisville announced that player development director Deion Branch, a former Cardinals star and Super Bowl MVP with the New England Patriots, will serve as interim coach. Louisville athletic director Josh Heird said at a news conference that he didn’t anticipate Branch or anyone on the current staff becoming candidates for the permanent job.

Marty Walsh, U.S. Secretary of Labor, to join NHLPA
UFC 284 in Perth to reflect Australia’s standing in mixed martial arts in and outside the Octagon
Chelsea tried to sign Sofyan Amrabat?
Jones cleared to play in Six Nations clash vs. Scotland
Why quarterback Patrick Mahomes and the Kansas City Chiefs are built to last