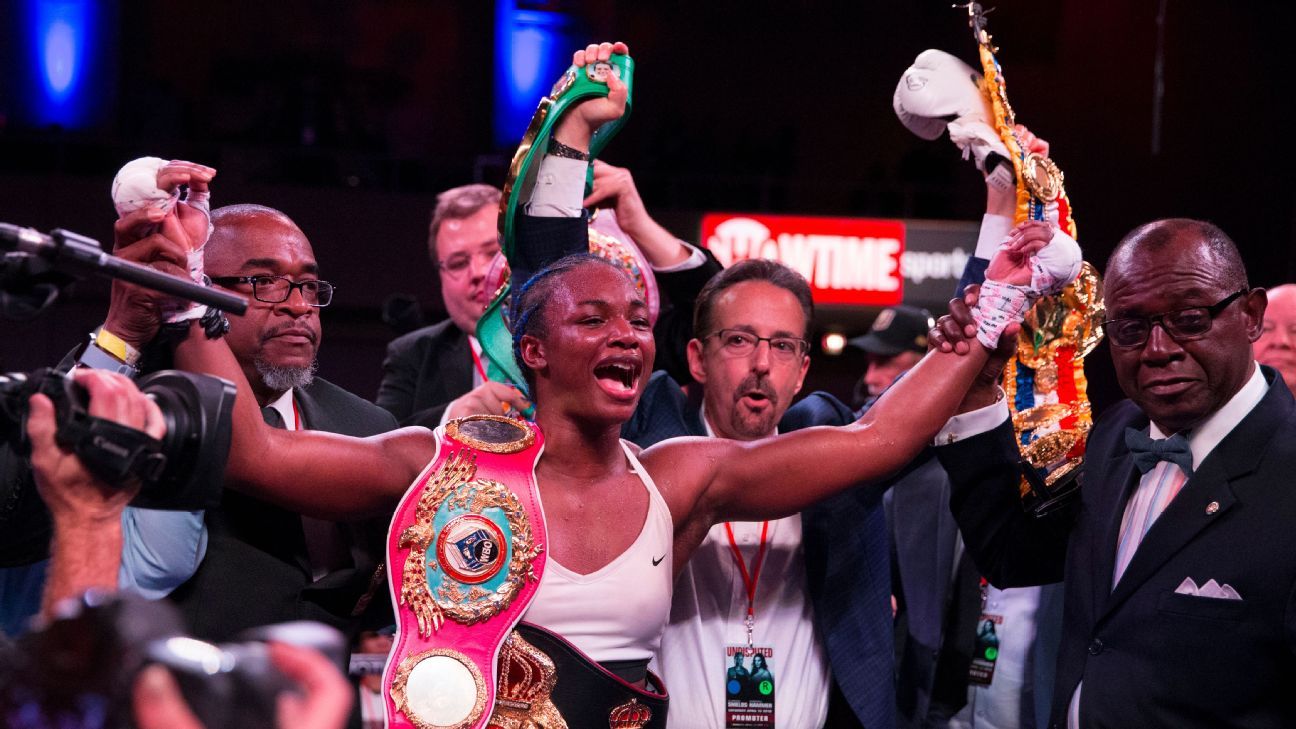 
Claressa Shields, who has been the undisputed champion at junior middleweight since defeating Marie-Eve Dicaire, is vacating some of her titles in the division as she pursues an undisputed title at middleweight.

It will be the second time Shields attempts to become the undisputed middleweight title holder.

The 26-year-old, who holds the IBF, WBA and WBC middleweight belts, is potentially on pace to face the WBO titleholder, Savannah Marshall, later this year. Since her next few fights will be at middleweight — combined with continuing a career in mixed martial arts — she decided to move on from some of her belts instead of holding up the division.

Shields has vacated her WBA and WBC junior middleweight titles — which already have new titleholders. She’s also vacating the IBF title. The WBO still has Shields listed as the champion.

Shields is next slated to fight Jan. 29 against Ema Kozin, defending her three middleweight titles.

Shields had held the IBF and WBA titles since March, when she beat Dicaire in Flint, Michigan. She won the WBC and WBO belts in January 2020 after defeating Ivana Habazin.