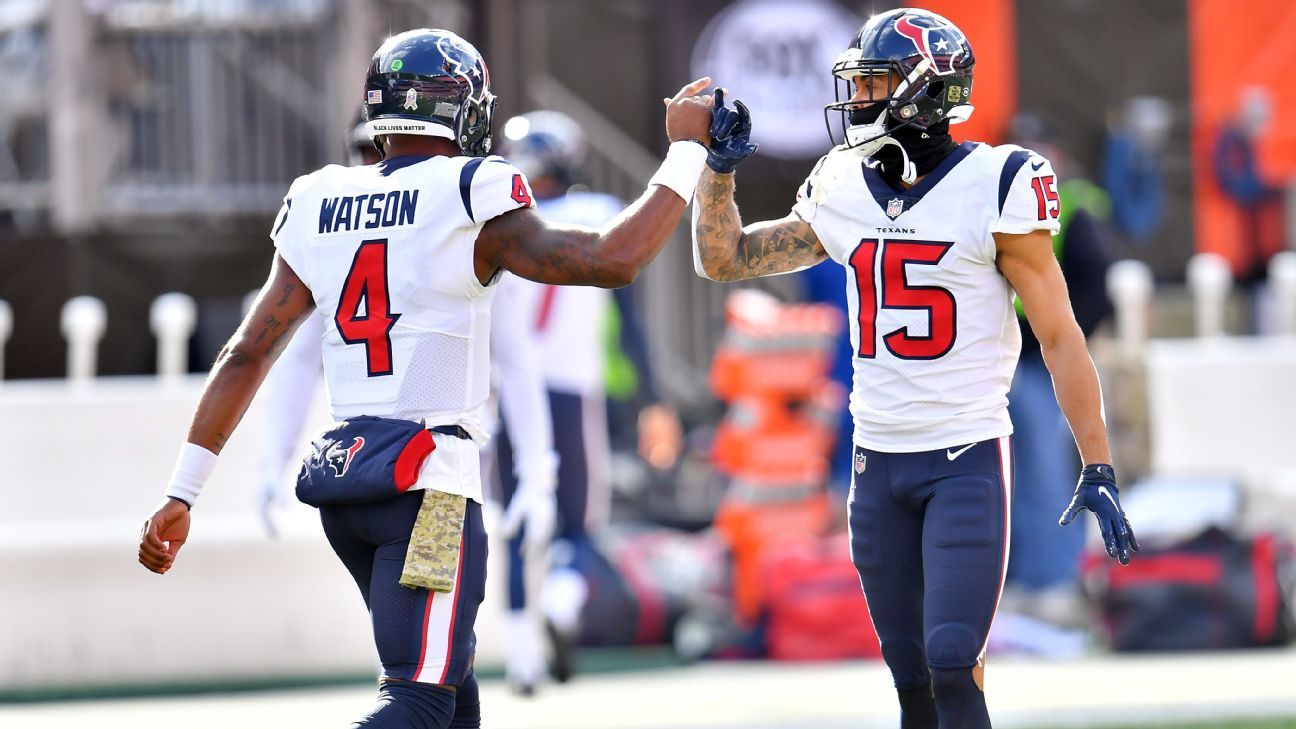 
HOUSTON — Houston Texans wide receiver Will Fuller was suspended for six games for violating the NFL’s policy on performance-enhancing substances, but quarterback Deshaun Watson said Wednesday that he thinks it’s “very important” that the receiver, playing on his fifth-year option, is back in Houston in 2021.

“Will knows that we all love him,” Watson said. “He always do the right thing and then one slip-up just got popped. But we always going to have his back. Will’s my brother. The whole organization knows that too. And you know, make sure that we get him back for next year, especially in this organization.”

On Monday, Fuller announced the violation he was suspended for was a result of his taking prescribed medication not permitted under the policy.

Watson was asked if it was important for the Texans to re-sign Fuller, who will be a free agent this offseason.

“That’s very important,” Watson said. “That’s definitely one guy that I’m going to be working on this last month and offseason, for sure.”

The Texans took offers for Fuller before the Nov. 3 trade deadline, but ultimately did not make a move. After the deadline, Watson said, “It would have been hell” if the team had traded Fuller.

Fuller will miss the final five games of this year and the first of the 2021 season. In 11 games this season, Fuller had 53 receptions for 879 yards and eight touchdowns.