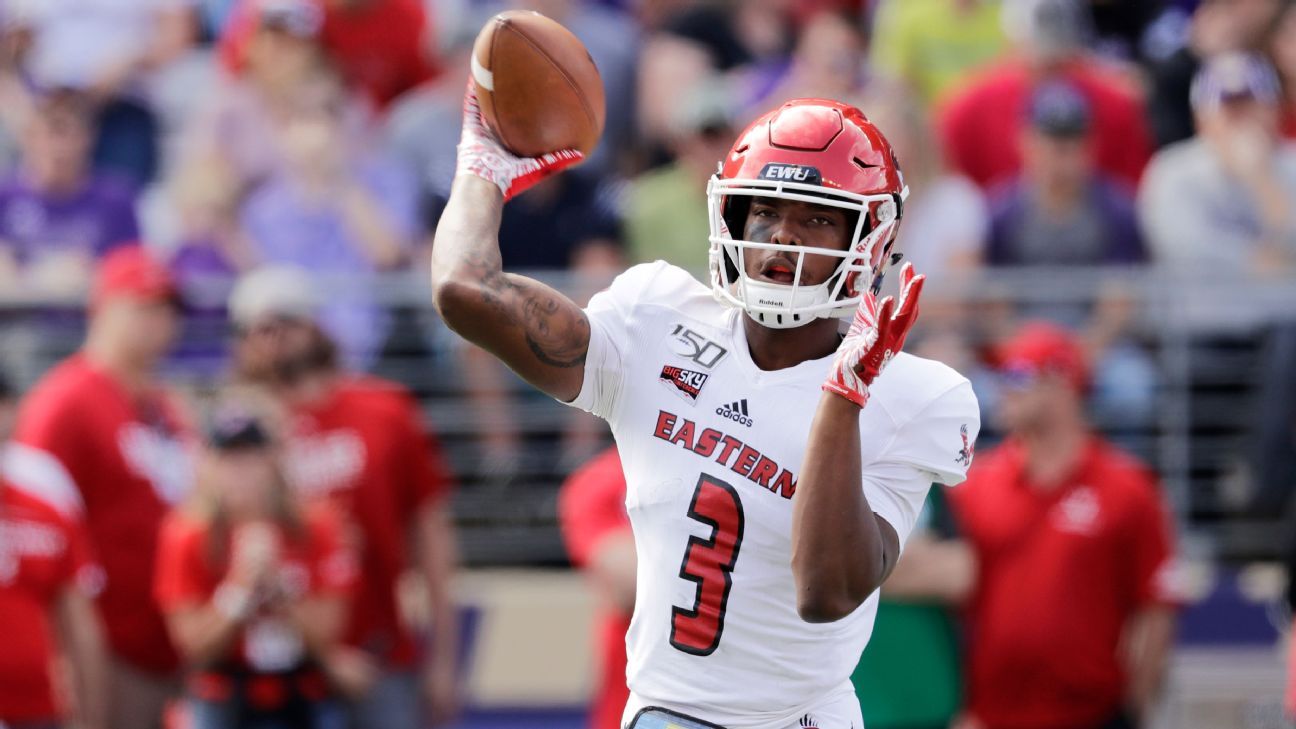 As far as the overall national picture goes, Week 2 gives us another key debut: the Big Sky.

In a normal season, if any conference can challenge the Missouri Valley from a depth perspective, it’s probably the Big Sky. The conference produced a pair of FCS semifinalists in 2019 — Weber State fell to James Madison, Montana State to NDSU — and a third quarterfinalist (Montana), and in the tentative FCS SP+ ratings I was tinkering with that fall, it had six of the top 18 teams.

Granted, not all of those teams are playing this spring; both Montana schools, 2019 co-champ Sacramento State and decent Northern Arizona and Portland State programs all opted out. But Weber State is loaded, and in quarterback Eric Barriere, Eastern Washington has one of the most proven players in the country. That’s a decent place to start.

Note: rankings below are the STATS FCS Top 25 found at the NCAA homepage. Check out the full list of FCS games on ESPN+ and ESPN3. Any times listed below are Eastern.

WSU head coach Jay Hill has done an incredible job in Ogden. When the former Utah cornerback took over in 2014, the Wildcats had reached the FCS playoffs three times in their history. They’ve now done so four straight seasons and have reached at least the quarterfinals in three straight.