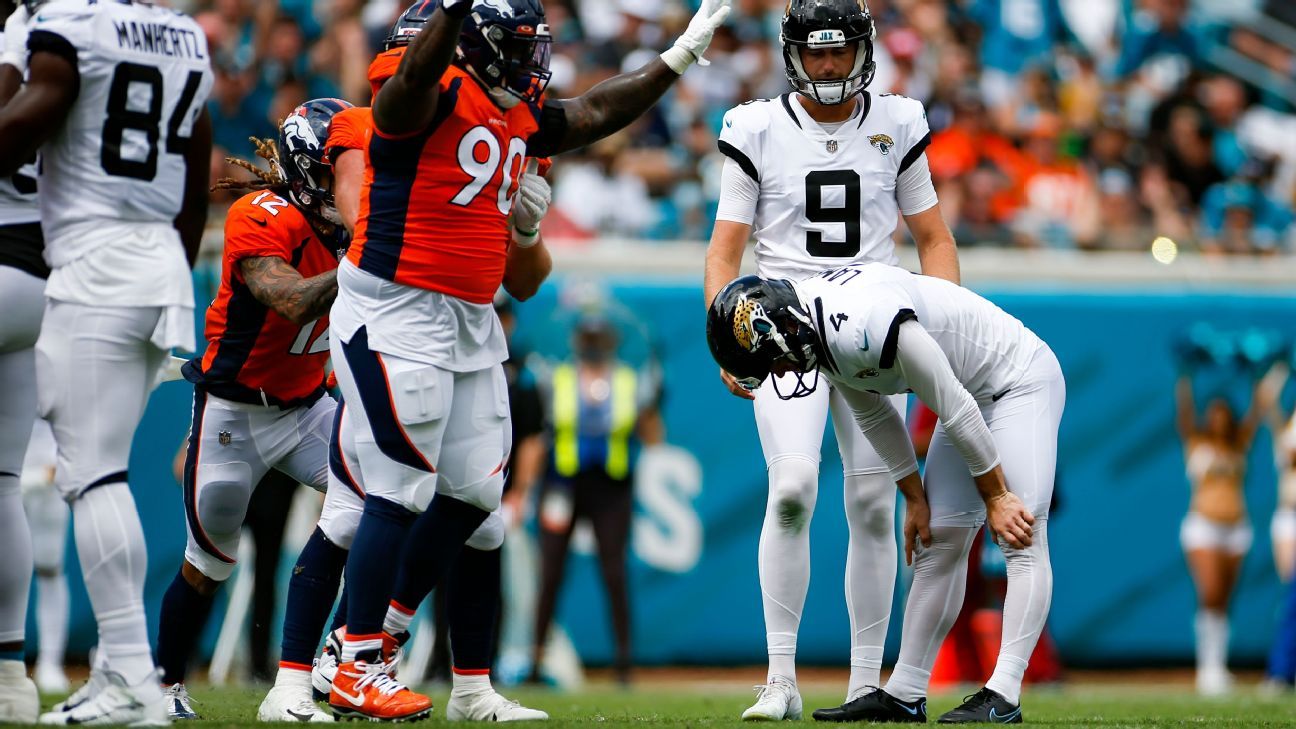 
JACKSONVILLE, Fla. — The Jaguars have cut Josh Lambo, the most accurate kicker in franchise history.

Lambo has been dealing with confidence issues and had missed all three field goal attempts this season. He hasn’t played since the team’s Week 3 loss to Arizona and had been having weekly competitions during practice with Matthew Wright, whom the Jaguars signed to the practice squad on Sept. 27.

Wright kicked three field goals in Sunday’s 23-20 victory over Miami in London, including a game-winning 53-yarder as time expired. Head coach Urban Meyer said Monday that Wright had “earned the right to be the starting kicker right now.”

Lambo signed with the Jaguars in October 2017, and his career field goal percentage of 91.6% is the best in franchise history (Josh Scobee, the franchise’s leading career scorer, is second at 81.0%). Lambo was especially good from long range, hitting on 12 of his 13 attempts of 50 or more yards before this season — he missed two attempts of 50-plus yards and finished his career with the Jaguars 12-for-15 from long range.

Lambo thanked the city and the organization “from the bottom of my heart” in a social media post Tuesday.

“I cannot thank you enough for all of the joy I have had here in this beautiful city that I now call my home,” he wrote. “My time as a Jaguar has come to an end, but my time here in Jacksonville and the First Coast is only just beginning.”

Lambo hasn’t been the same since a hip injury landed him on injured reserve twice last year, and the Jaguars ended up having six players attempt a PAT or field goal, which, per Elias Sports Bureau data, is the most by an NFL team since the 1970 merger.

Even though Lambo was healthy, the Jaguars began training camp with Aldrick Rosas — one of the six kickers they used last year — also on the roster, although they released Rosas two days later. Lambo had an up-and-down camp and preseason, but the team stuck with him early in the regular season before signing Wright.