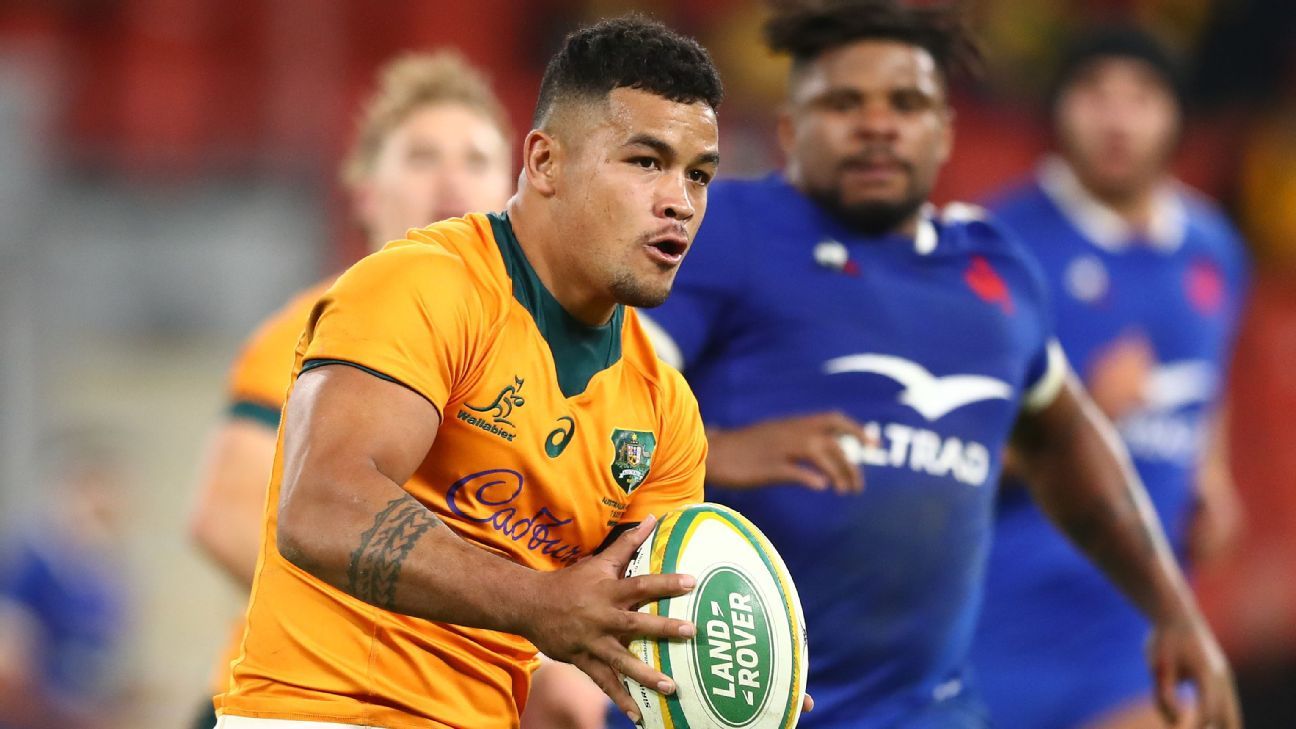 Wallabies centre Hunter Paisami will make his return to the starting line-up against Japan on Saturday, after tackle-busting star Samu Kerevi was ruled out through an ankle injury.

Leaving the Wallabies squad for the birth of his child ahead of Bledisloe III in August, Paisami has frustratingly been unable to push his way back into the side with Kerevi and Len Ikitau proving a dynamic duo against the Springboks and Pumas in the Rugby Championship. While Kerevi’s injury is unlikely to keep him out beyond this week, the 23-year-old Paisami will get the chance to stake his claim on the position for the remainder of the spring tour.


Paisami’s absence for the third Bledisloe saw Kerevi play his first Test for the Wallabies since their ill-fated 2019 Rugby World Cup campaign, and his presence was felt immediately, sharpening Australia’s backline and led the team to four straight victories. He suffered a high ankle sprain during the Wallabies’ last Rugby Championship clash against the Pumas, though, which has put him on ice for their opening spring tour match.

Kerevi’s inclusion in the tour post Japan is still unknown with discussion between Rugby Australia and Japan club Suntory Sungoliath ongoing. While the three November Tests fall inside the international window, RA is hesitant of straining any relationships they’ve developed in Japan if they demand players are released.

Both in-form fly-half Quade Cooper and Sean McMahon, who was unavailable for selection to face Japan because he left Australia’s bubble to spend time with his family, are also in the same boat as Kerevi.

“Technically from a reg nine perspective players have to be released for national duty, so that includes Scotland, England and Wales,” Wallabies coach Dave Rennie said on Sunday.

“But we’re also conscious that we want to build a strong relationship with the clubs, so we’re talking through that at the moment.”

Kerevi has been playing for Australia since June after he was a late inclusion to Australia’s men’s sevens team at the Tokyo Olympics.

Meanwhile, Paisami is likely to partner with Ikitau in the centres, with the 23-year-old establishing himself in the No.13 jersey since making his debut against France in July.

Ikitau then scored a double in the Wallabies 30-17 win over the Springboks in Brisbane, while his left boot has become a valuable kicking option for Australia out wide.

Rennie will unveil the remainder of his 23 later on Thursday.